For WOEI FM episode #19, we caught up with Mei Oele aka NELLY to talk about her affinity with nature, daily routines, and future plans! 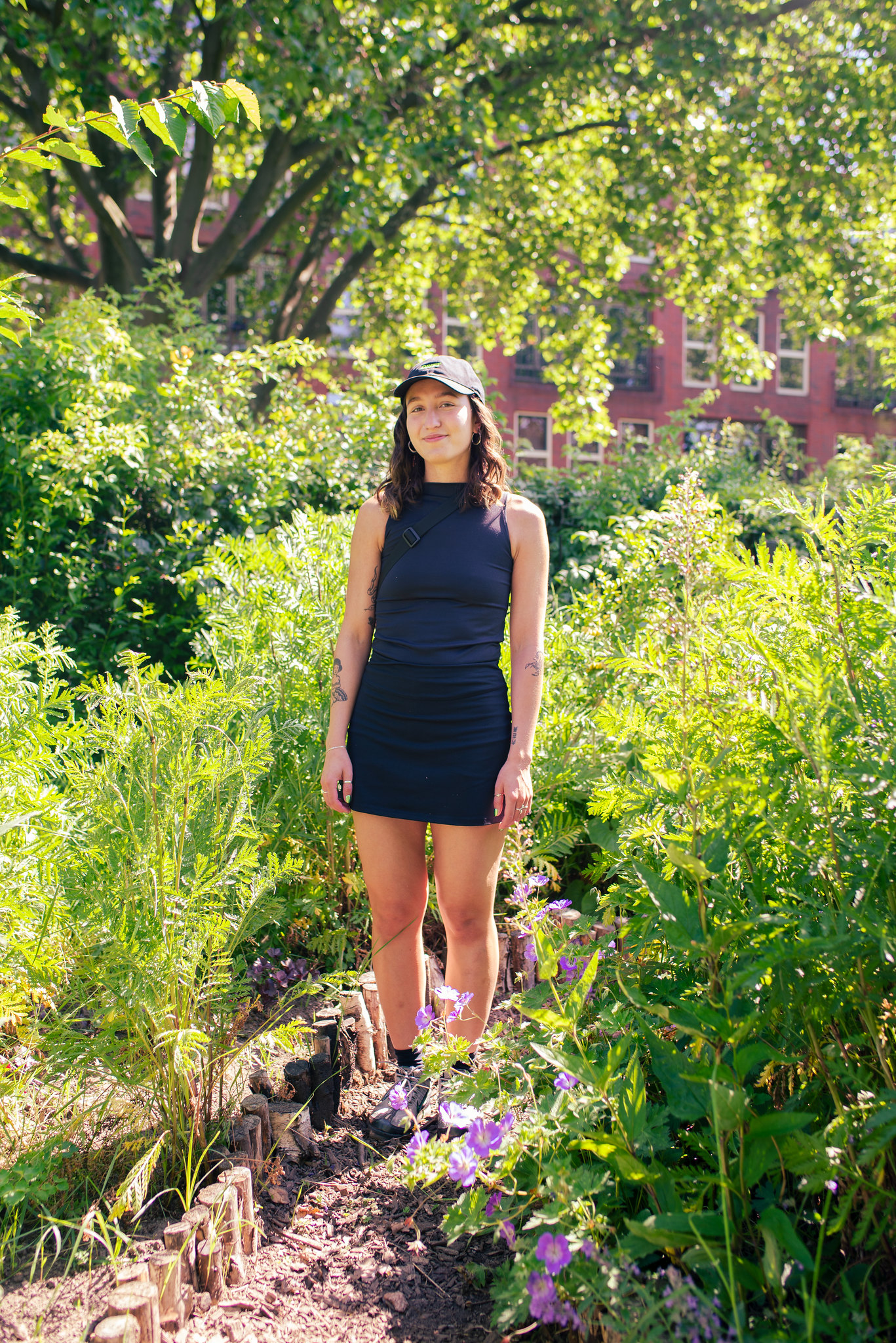 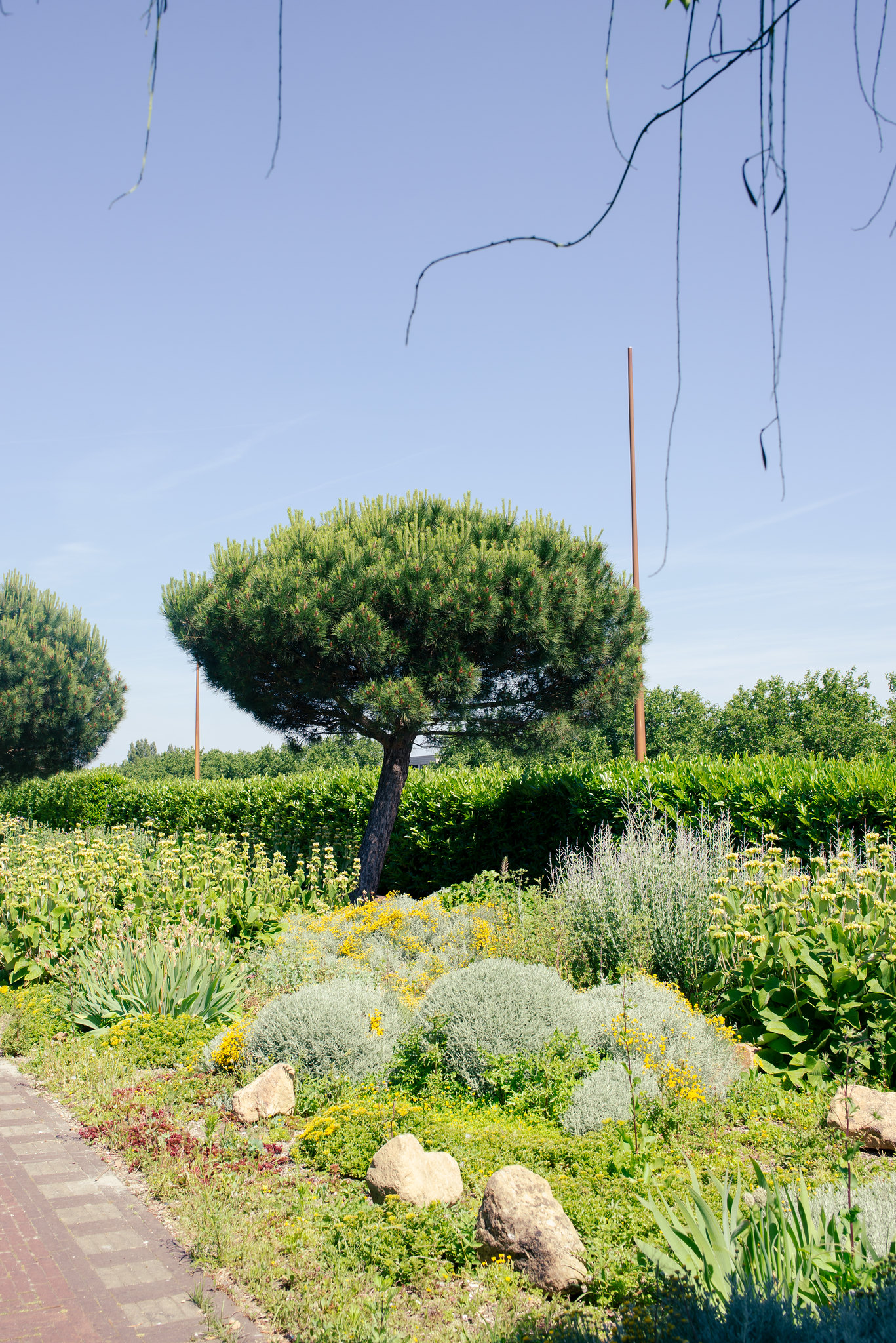 My name is Mei Oele, I'm 22 years old and have been living in Rotterdam for the past 6 years. I was born in Amsterdam but moved here when I was 16. I graduated from Willem de Kooning two years ago, and now I work there three days a week.
I would describe myself as a Visual Artist, although I'm not a big fan of the word, and as an Audiovisual Storyteller... as well as a DJ, of course.

I wasn't given a second name by my parents and my grandmother's name is Nelly, I wanted to be named after her, so I chose that as a DJ name.

On my days off I like to get up pretty early, around 7 or 8 in the morning. I take the time to get myself ready, drink a cup of coffee and immediately turn on some music. I usually like to play ambient music, but also some hard techno from time to time.

If I don't have to go to work I like to hang around the house and search for new music or look at photos, which is also a hobby of mine. I like to work with archived photos rather than taking new photos, that's how I tell new stories. I'm now looking into my Indonesian roots

We’re currently at Het Dakpark, what does this spot mean to you?

It's the closest green spot near my home, exactly 100 meters. I like to stroll around there after dinner. We also visited the little garden, where you can stick your hands in the earth and just go to work as you like. I live in an apartment without a garden, but I love nature very much and like to work with nature, so I'm glad I can do all of that here at Dakpark.

I enjoy the peace here very much. 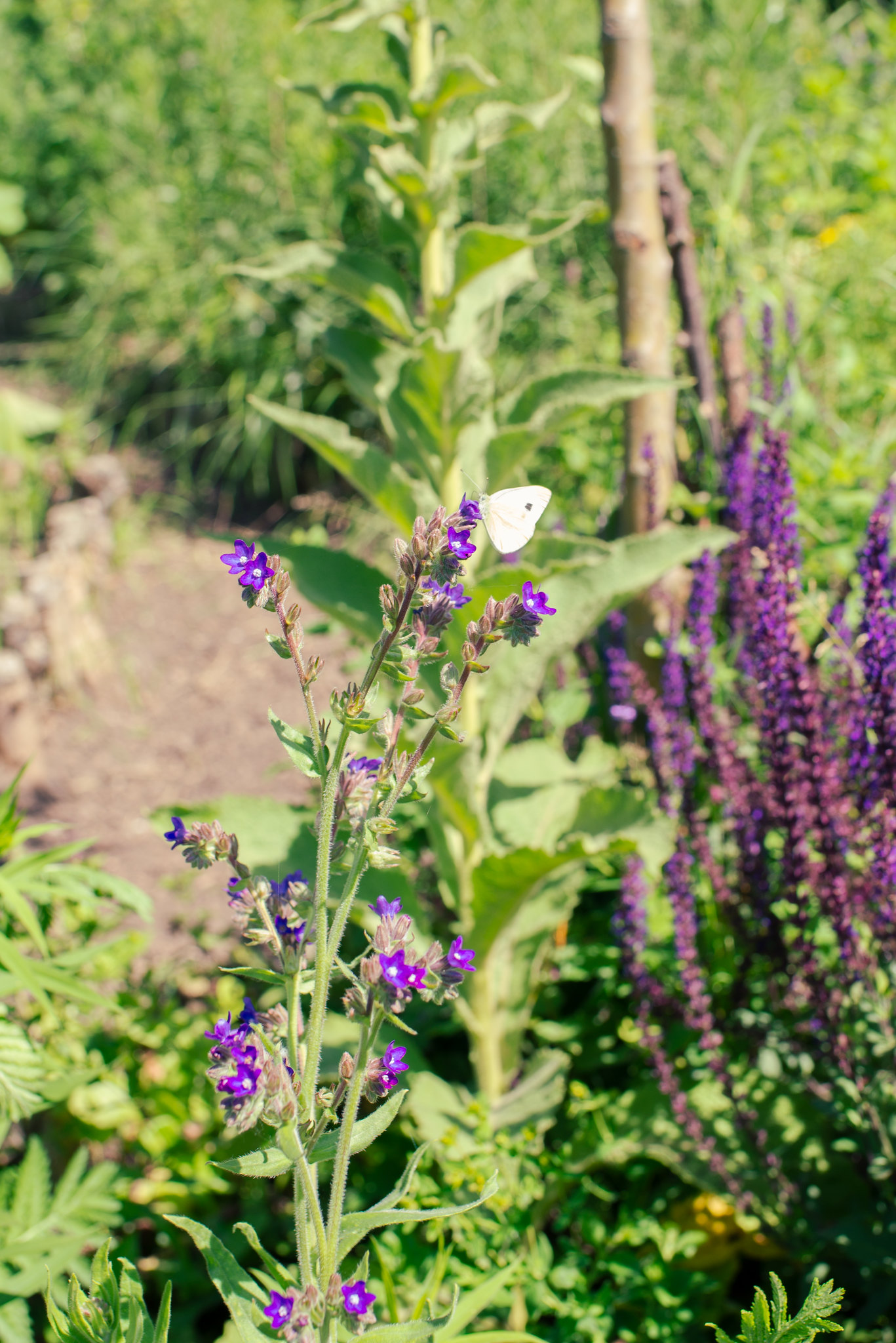 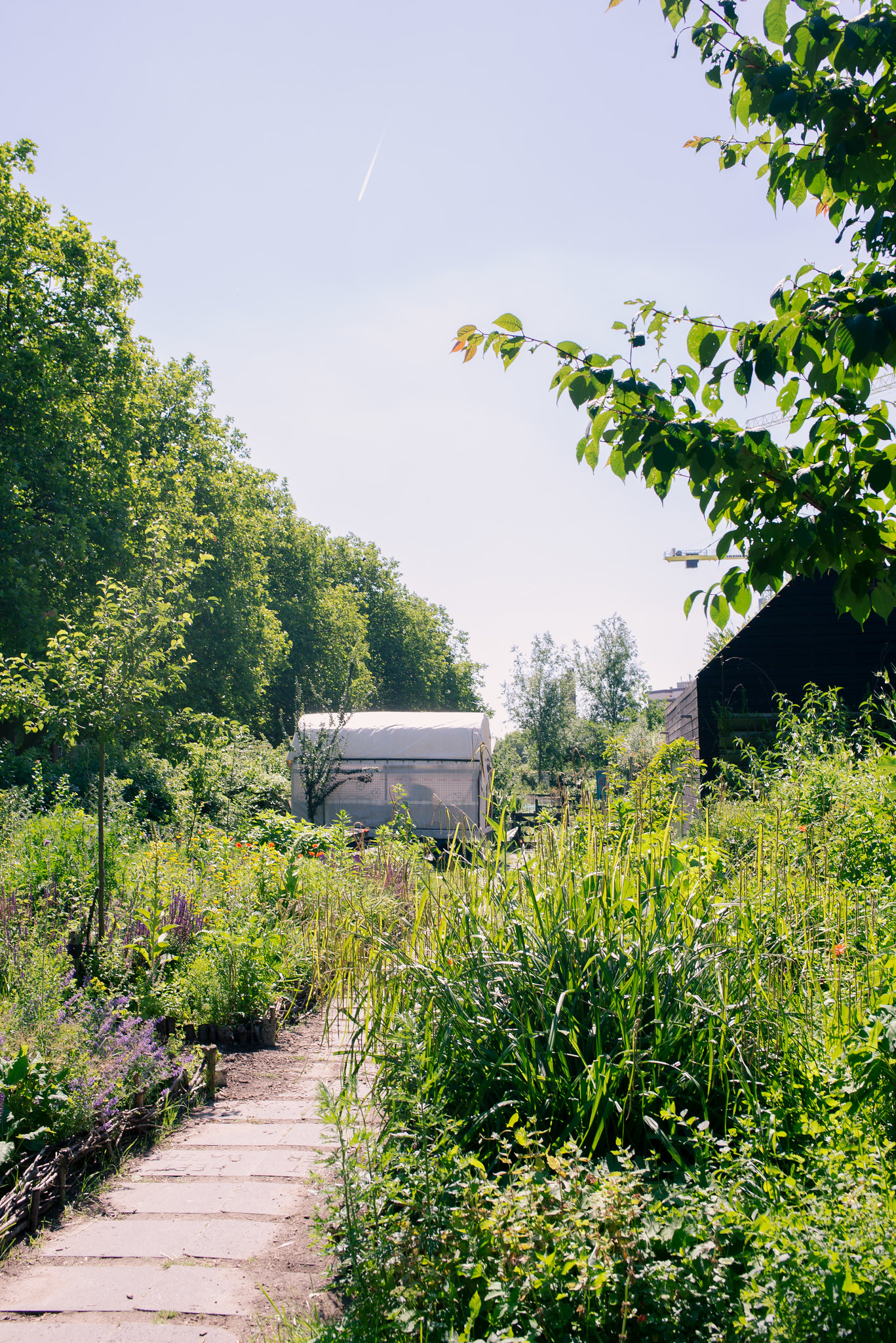 "I take the time to get myself ready, drink a cup of coffee and immediately turn on some music. I usually like to play ambient music, but also some hard techno from time to time."

My family is originally from Indonesia, and Rotterdam is the city they chose for their new home. Family from my father's side have always lived here, so from both sides, it's all ROTTERDAM! I grew up in Hoofddorp, Amsterdam, but wanted to move to Rotterdam as fast as I possibly could. Even though I was born in Amsterdam, I still feel more like a Rotterdammer. I find the people here to be more real, you can be who you want to be… and fewer tourists! I really feel at home here.

Both of my parents were musicians, and my father was also in a band.
I grew up playing different instruments, I wasn't forced onto me but we just liked doing it. I feel lucky to have grown up with so much music around me.

I've always seen DJs as artists that are performing, and have always admired it. It never occurred to me to start doing it myself, but I always kept myself busy by making playlists on Spotify and Youtube. I've lived in Stockholm for a while, and I ended up in a sort of DJ friend group. I always went to places with them until one of them asked: "Why don't you try it out, I think you'd like it".

I bought a mini DJ controller for in my room and started going from there, I really liked it. When I returned to Rotterdam I got two record players, but that was still very hard. I ended up at Operator for a radio show and it all took off after that! All of this happened in lockdown, so I've been a DJ for about 2,5 - 3 years now. 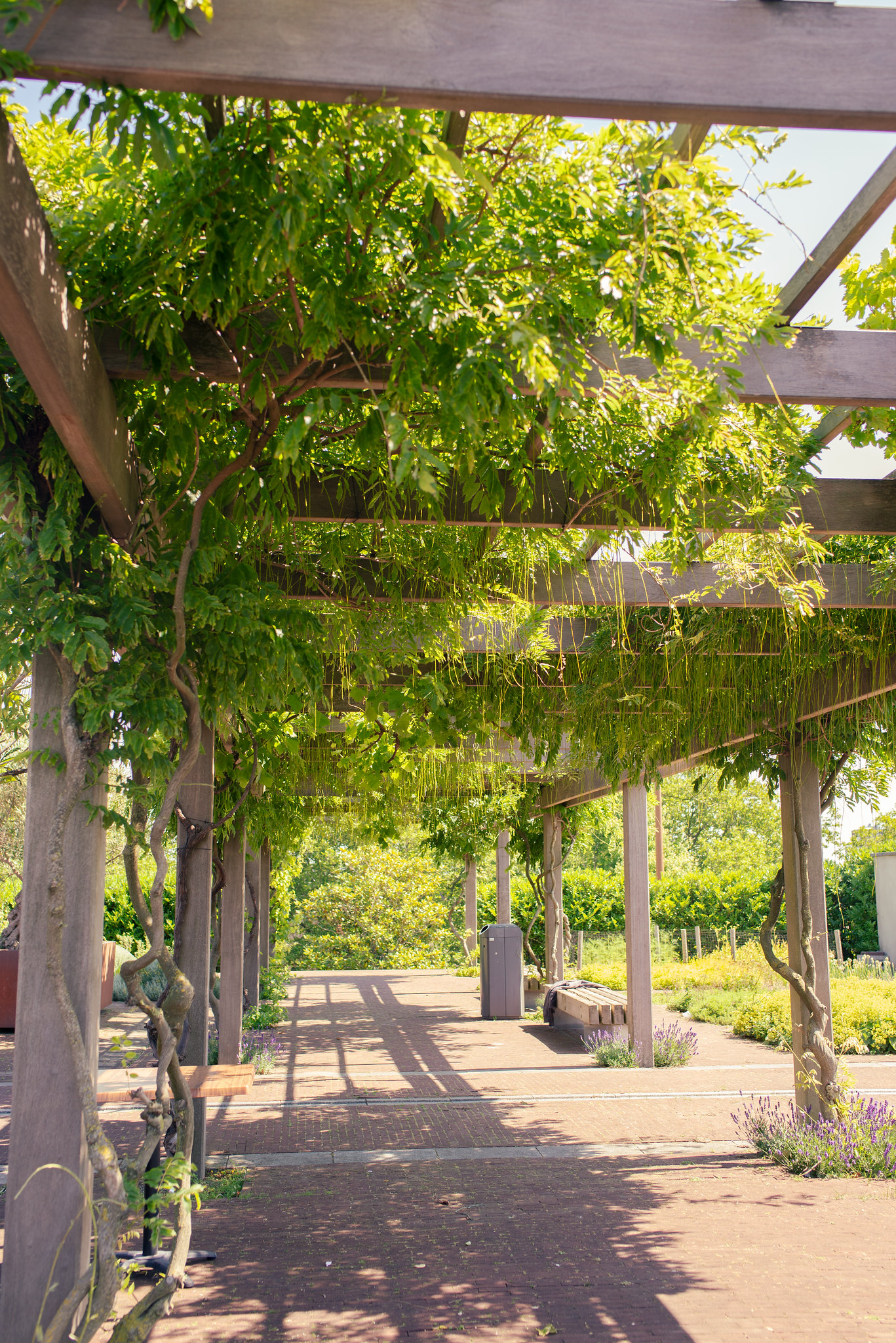 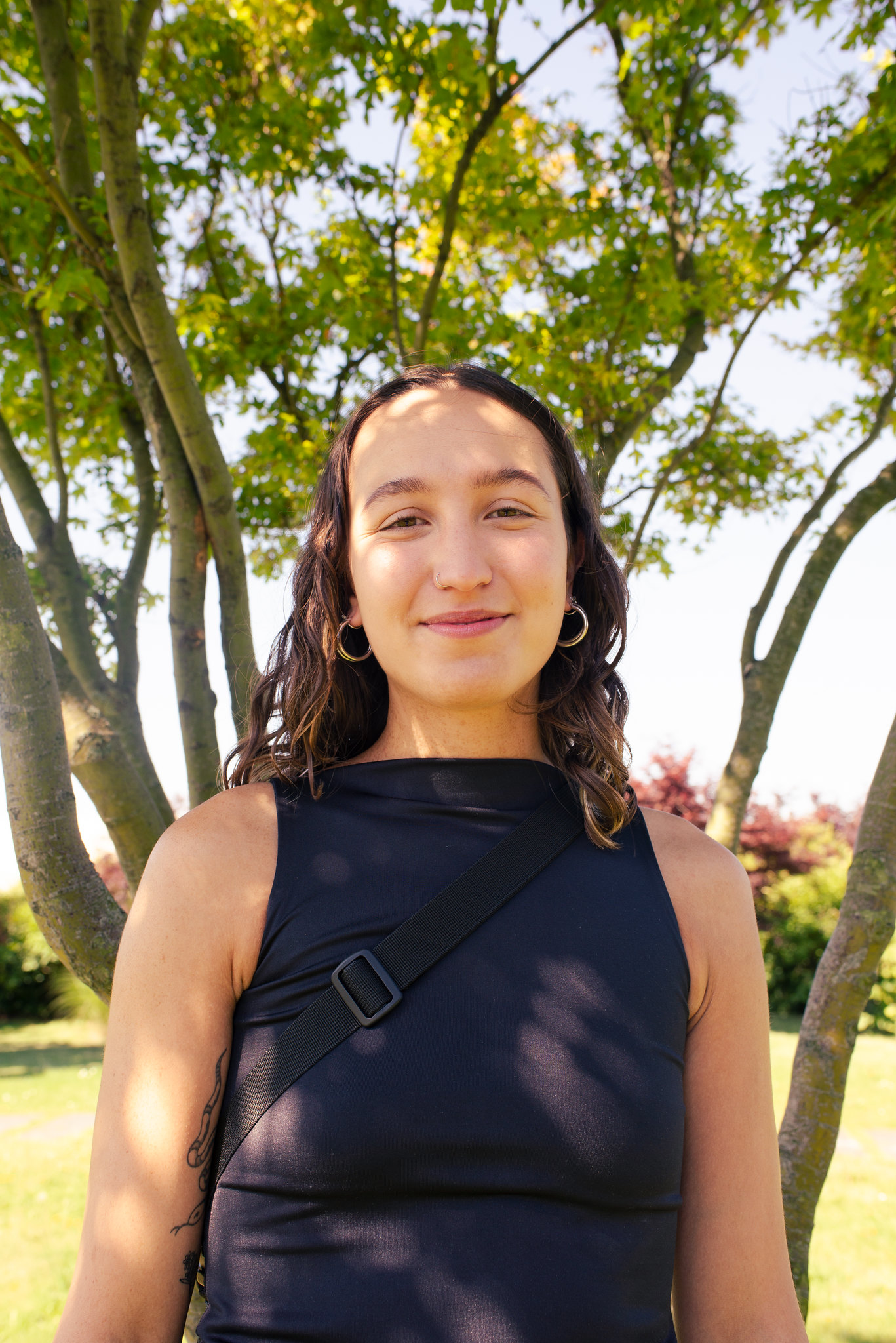 Lover of both, but Digital for the dance floor.

During my favorite gig, a random guy came up to me with a USB stick. He said, "Hey, I really feel the vibe to go b2b with you." I thought he was just drunk or whatever, but he was dead serious and even followed up with "I can also just take over if you'd prefer me to." I thought it was extremely weird but also funny on the other hand.
There've been people that wrote "Marry Me" on post-its or on signs, I don't really like that because that's not what I'm there for.

I prepare pretty much every event and always work with a playlist. A week before the event I spend a lot of time searching for certain tracks, and I sort everything in folders for different events in Rekordbox. For some events, they tend to cross over each other, as it's not uncommon that I look in different folders that match the feeling I have for the venue, the time slots, and who else is on the lineup. These are all things I take into consideration when selecting my music. At this point in time, I'm still adapting so it might change in the future.

Yes. Before heading to my performance, I don't hang out with people. I take a power nap and drink a cappuccino. If I arrive earlier, (I like to arrive 15 minutes before I start) I may have a cup of tea or a Club Mate. When I have to spin I'm always sober, with no drugs or alcohol.

At the moment, both. I really can't choose. Last year was really a club year, but this year I have lots of festivals planned.

I've never actually given that much thought. A festival combined with nature would be fantastic though, or a crazy legal (or illegal) forest rave. 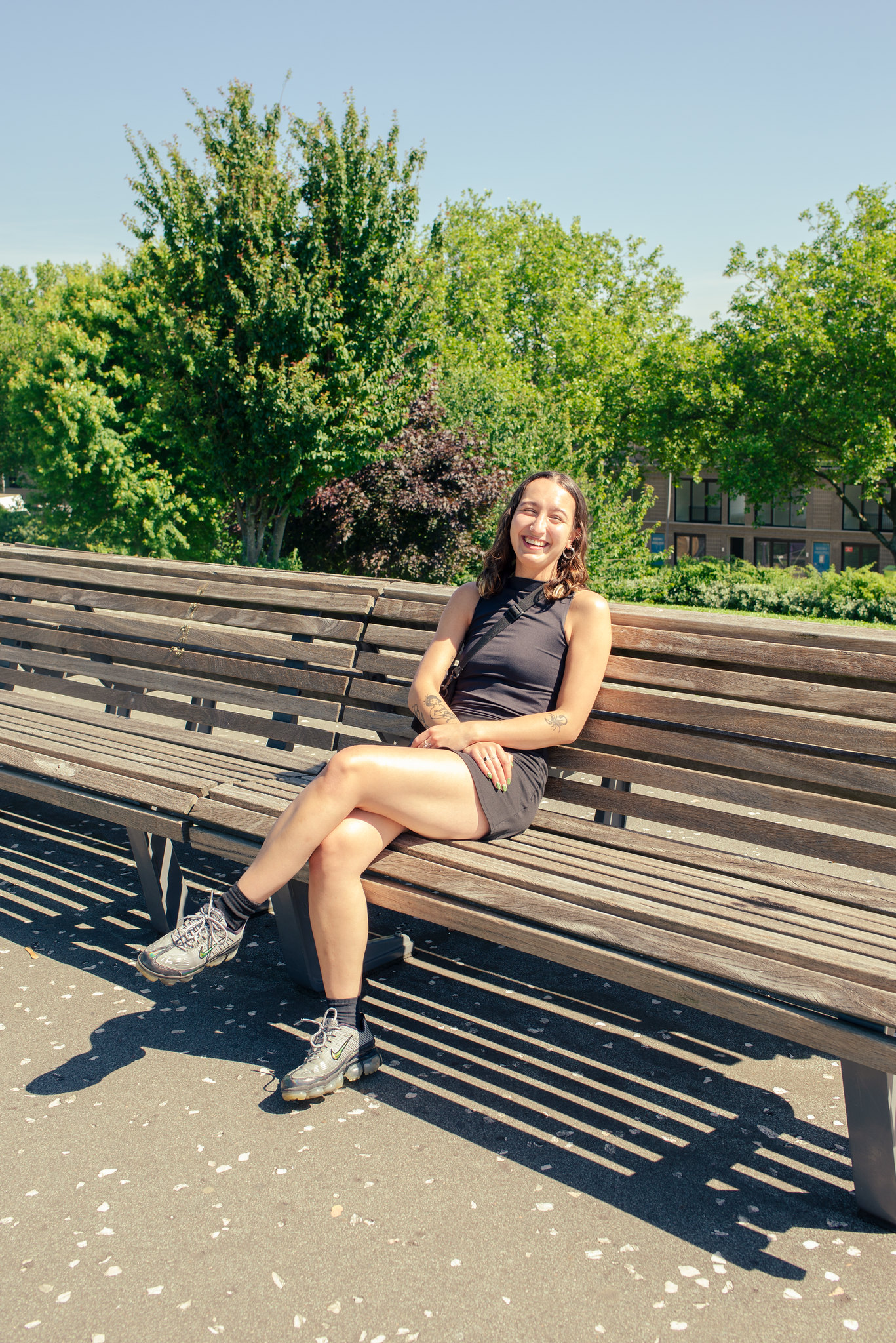 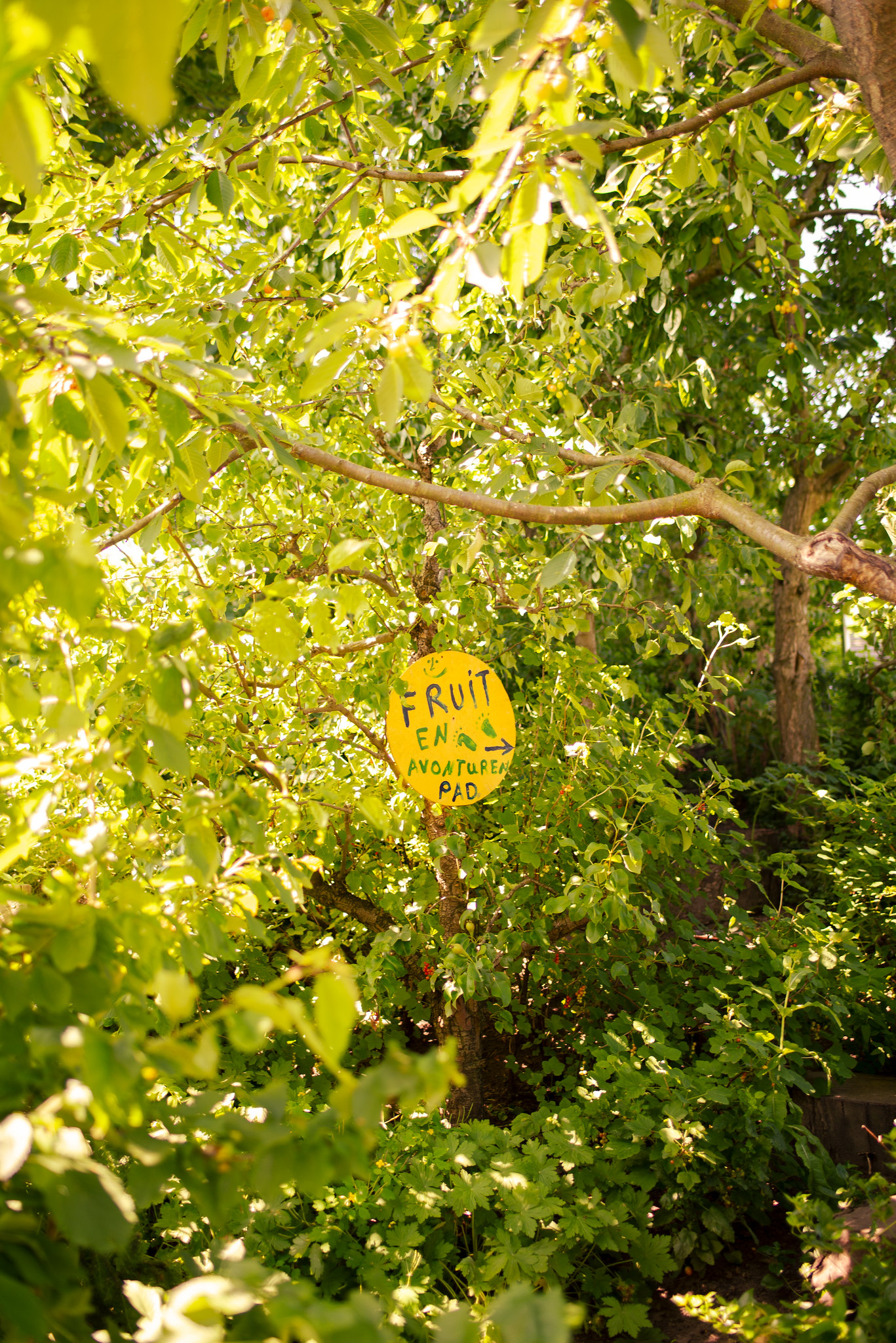 "He said, "Hey, I really feel the vibe to go b2b with you." I thought he was just drunk or whatever, but he was dead serious and even followed up with "I can also just take over if you'd prefer me to." I thought it was extremely weird but also funny on the other hand."

Opening! Especially if it's a more extended set of 3,5 hours, you can make it your own. I actually like the middle part the best! Go crazy.

Is there something on your planning you want/can share?
1. Dekmantel Festival
2. Lofi Sundays
3. Wildeburg
4. Modular Festival

Any last words for the audience?
Respect each other on the dance floor, own your space and give others space. Be nice to each other… 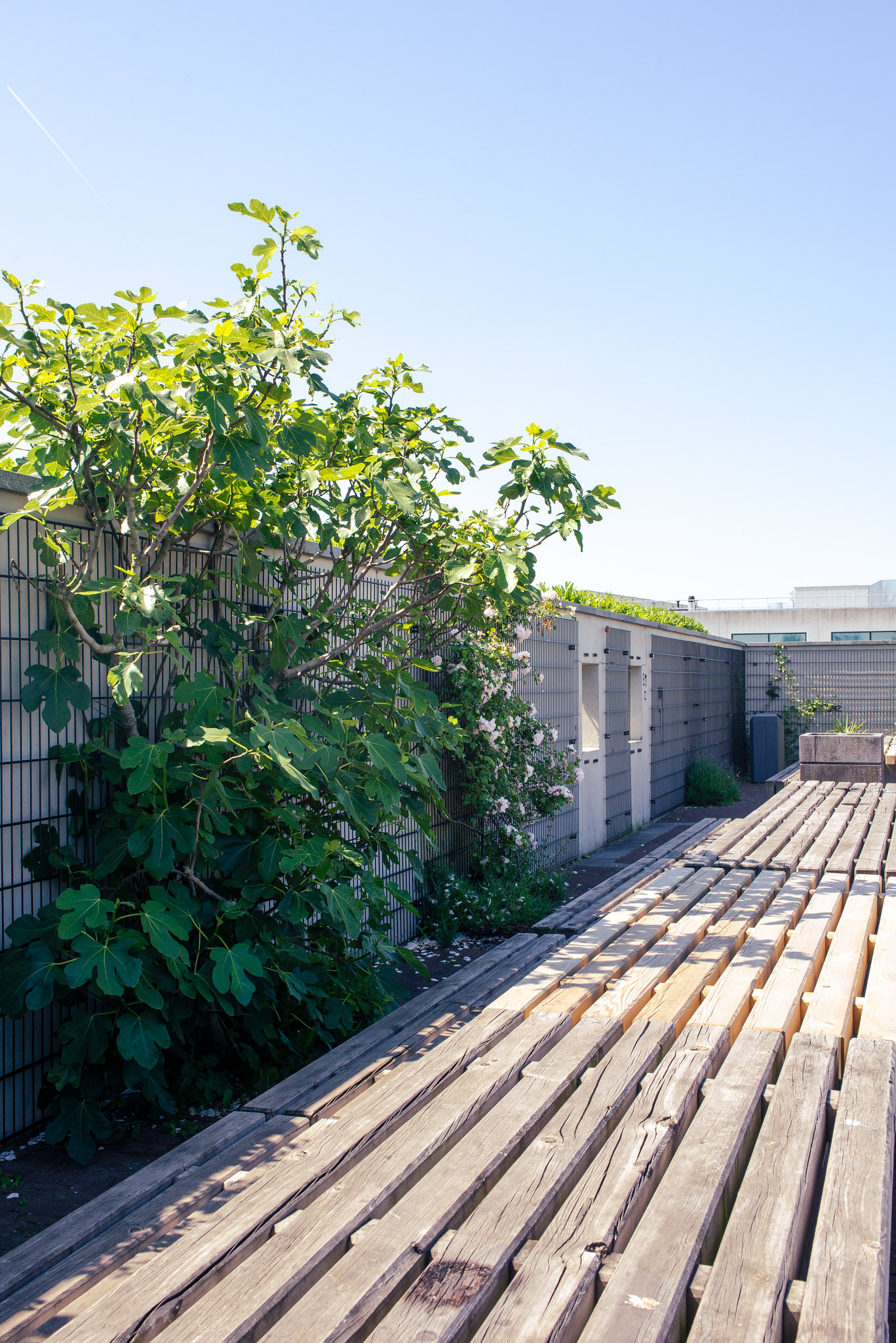 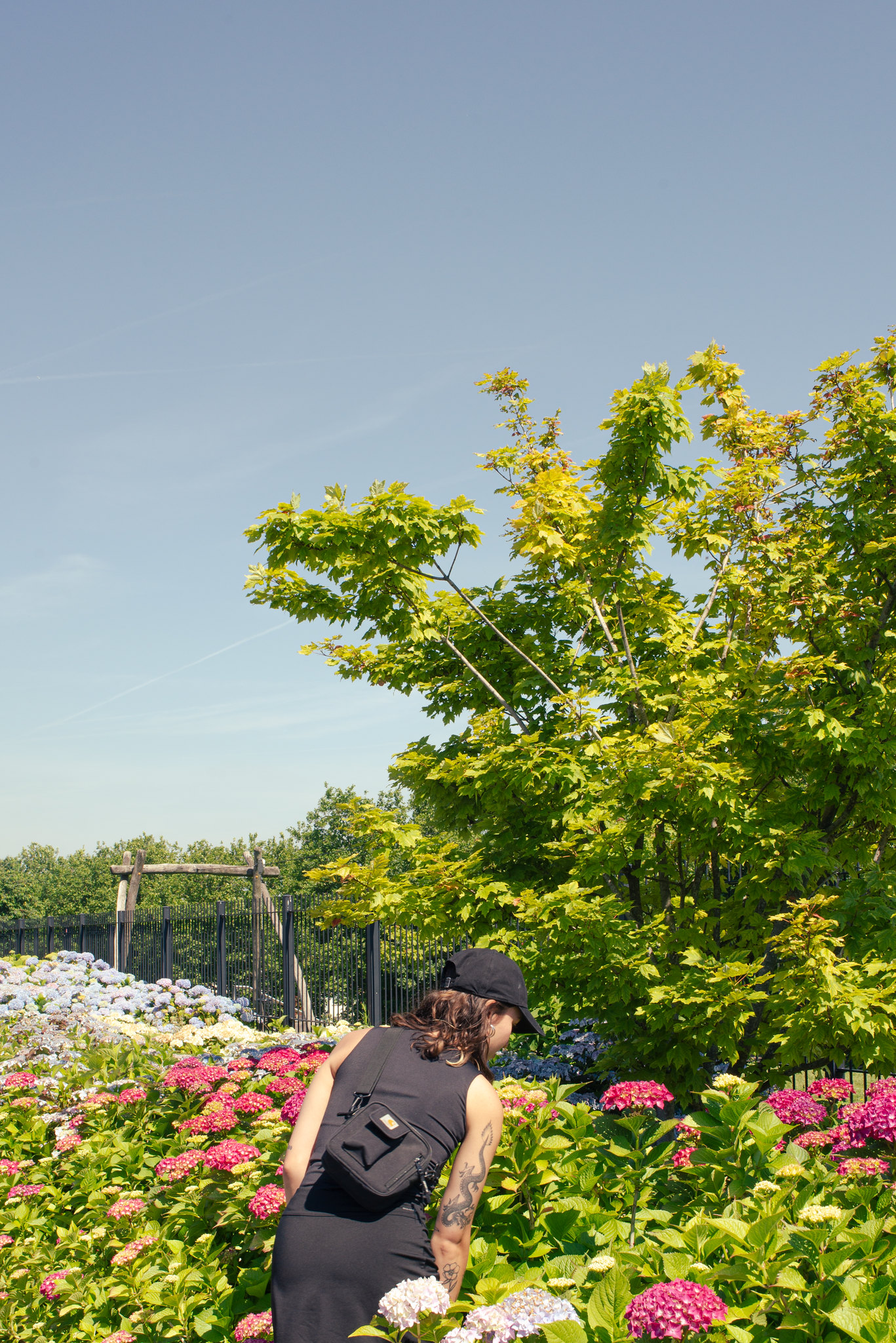 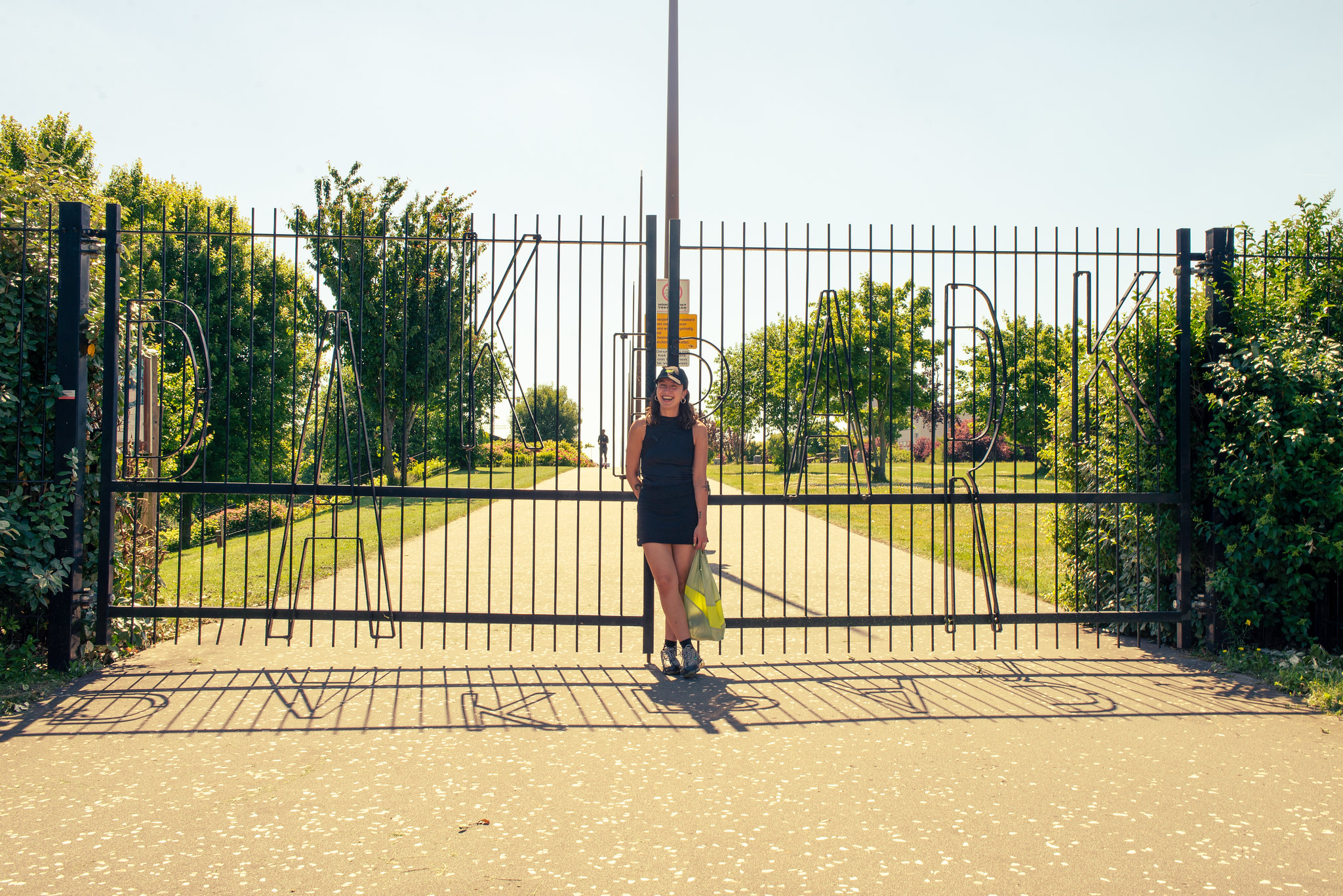 Can't get enough of WOEI FM? Check out WOEI FM #18 with Mila Black!