For WOEI FM episode #15, we caught up with Margaret West to hear about her daily life as a multi-business owner, love for 90's hip-hop, and about her relationship with music growing up. 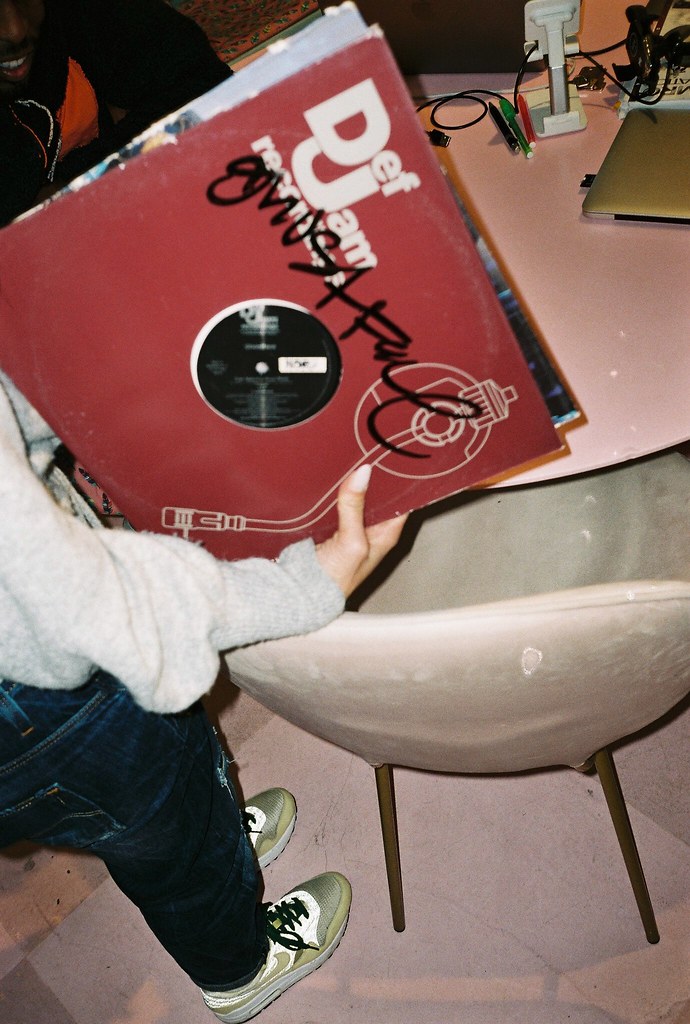 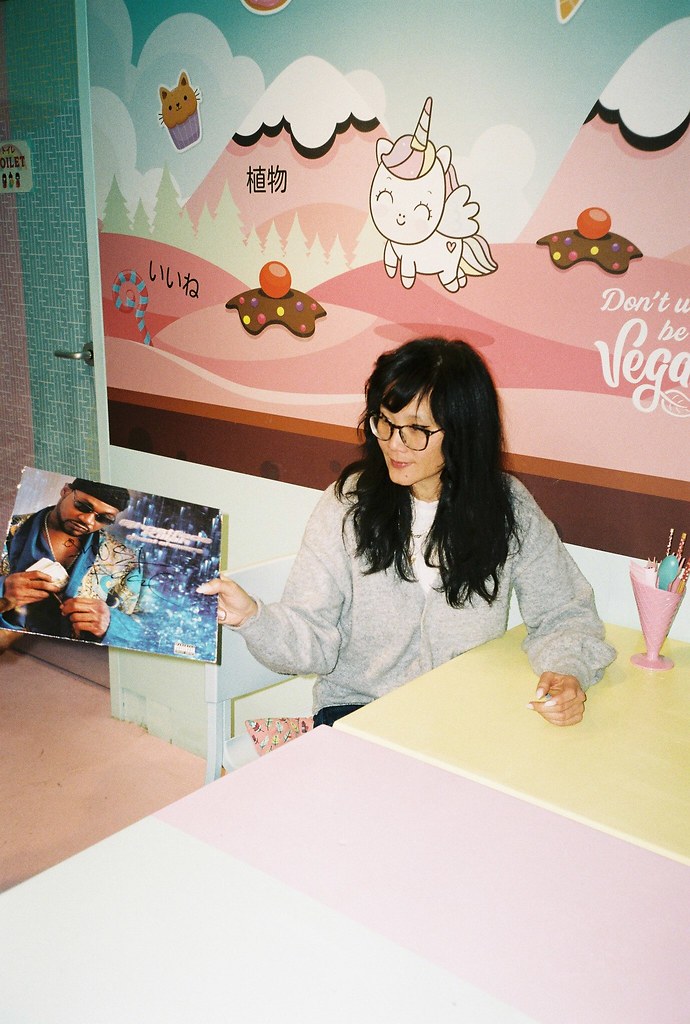 My name is Margaret, I was born in Breda but grew up in Vlaardingen, where most of my family still lives. I moved to Rotterdam in 2001.

I moved here because I did Fashion Design at Willem de Kooning Academy and worked in a clothing boutique on Saturdays. Next to that, I started working at Now & Wow as a stylist so I was suddenly in the city and met a lot of new people.

While studying at Willem de Kooning in 2001 I did an internship in New York for Sex and the City. After three months I had to come back to graduate. After that, I went back to New York to work for a French designer. It's also the place where my love for sneakers, Jordans, in particular, was born. I worked as a fashion stylist for almost 20 years, which was really good, but in 2014 I decided to follow my dream and launched my own label Margaret West

Right now I am a retired sneakerhead. I own two stores, Ginza and Nishi, and have my own clothing label called Margaret West.

The Mondays start at Nishi. Every day is so different and chaotic. At the end of the day, I always wonder 'What did I actually do?'.
In the mornings we sit down with the entire team and discuss what has to happen in the store, on the social media pages, and designs, because we are also developing our own brand.

I keep up with the administrative side, buy inventory and collections for both stores, answer emails, organize events, prepare high teas at our café and run all three websites. At least I'm trying to. Here everyone is multi-tasking. I always tell the staff that they will do exactly what I do.

For example, when there's a new delivery, I also help out with unboxing. I'm not someone that puts my employees to work with tasks that I don't do myself. I don't mind doing the dirty work.
My weekends are mostly the same, on Saturdays I'm on standby in both shops and on Sundays, I work in the little café we have here at Nishi.

Do you get some spare time as well?

I don't really have a lot of free time, because I struggle with giving away responsibilities. However, I'm not someone who thinks I can do everything better, but it takes time to build a team that understands my concept and vision.

I've always known. If I look at my sister, for example, we were raised the same way, in the same environment, but we ended up developing extremely different music tastes. It wasn't immediately Black music for me though, because I grew up in a predominantly white neighborhood. I loved 80ies pop music and I still do.

I always loved having music around me, even now I need music non-stop to get me through the day.

"Next to that, I started working at Now & Wow as a stylist so I was suddenly in the city and met a lot of new people." 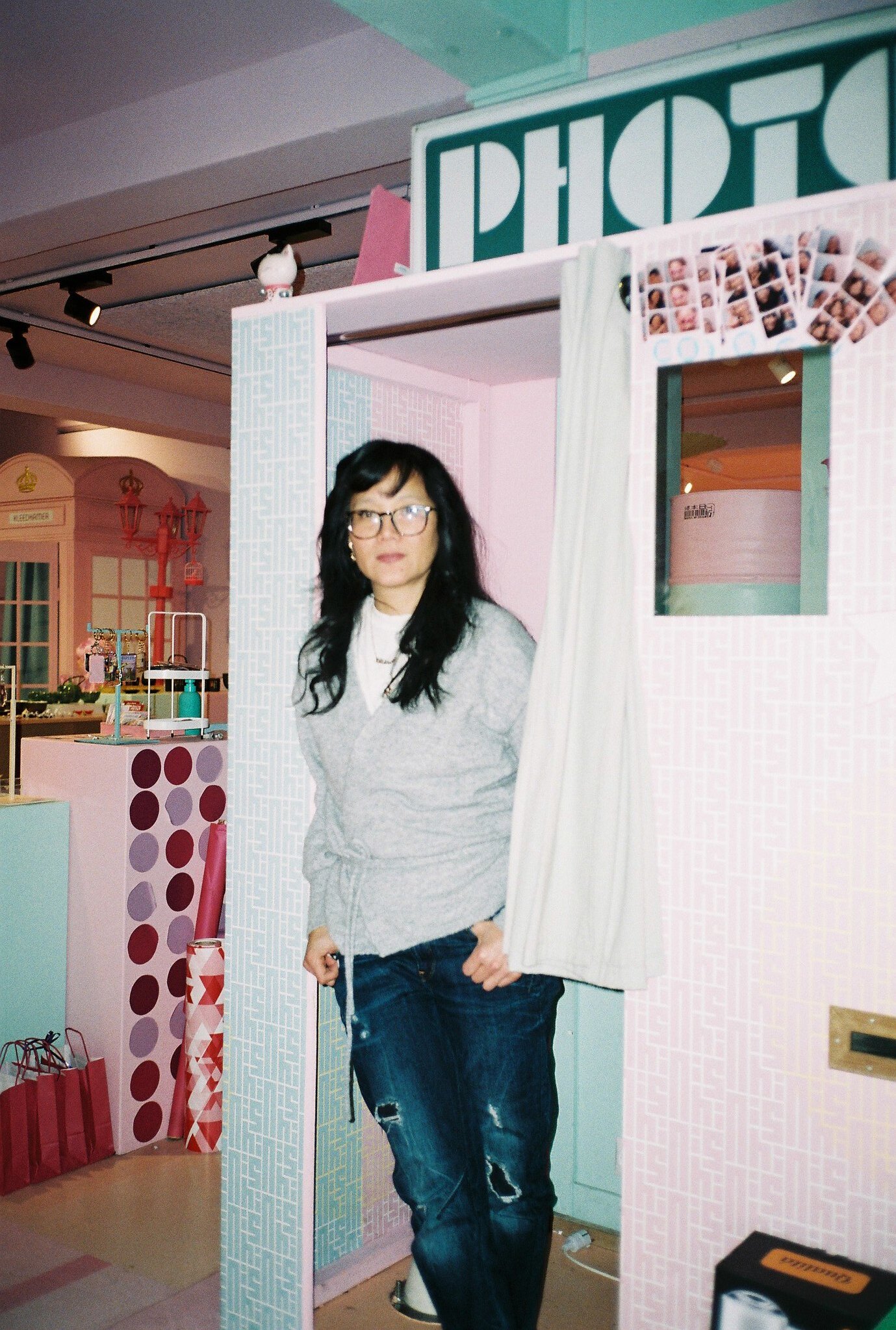 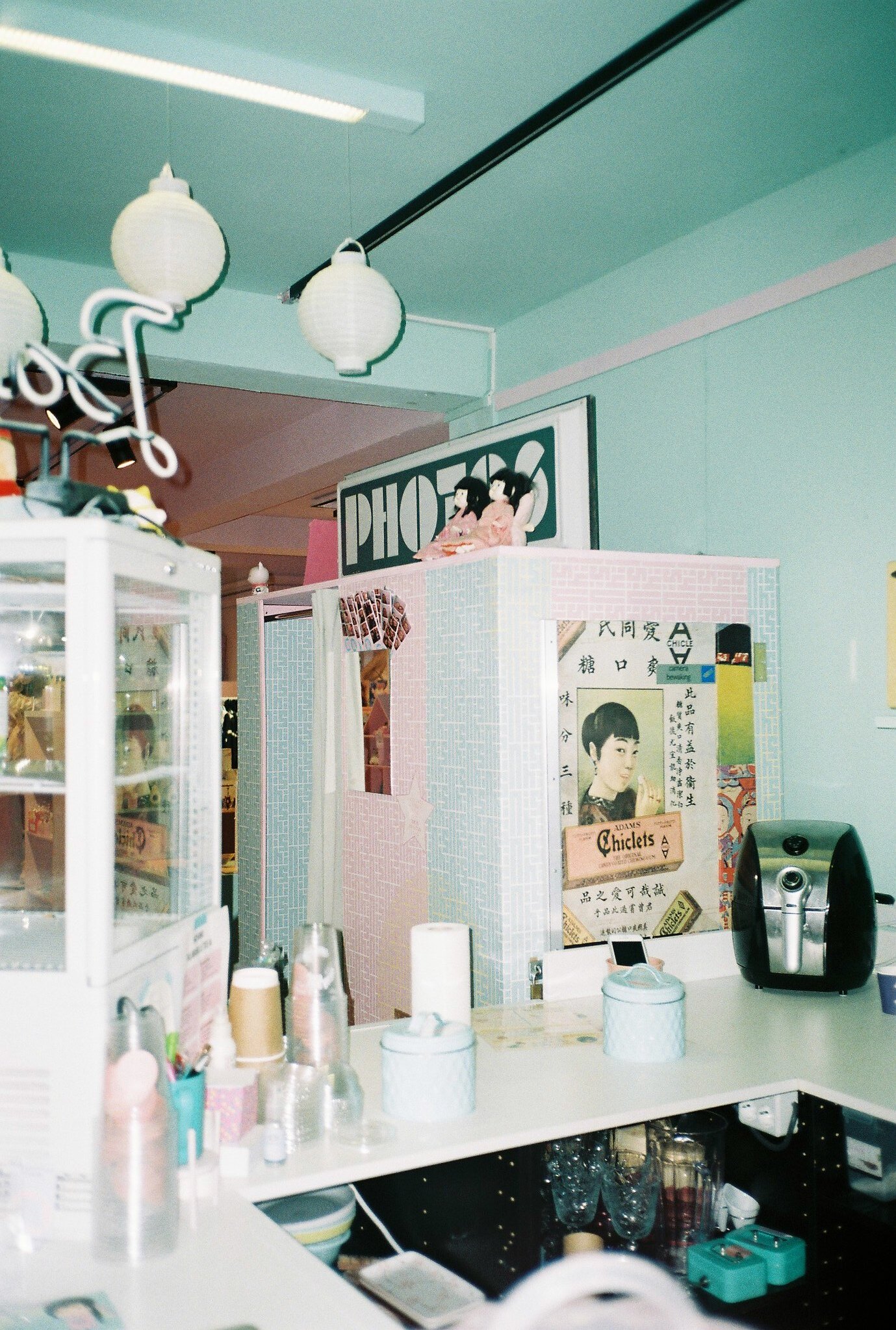 What do you like to play and listen to the most?

I don't really listen to what the younger people are listening to at the moment, like trap and stuff. Of course, there are some modern artists that I do like, Kendrick, Travis, A$AP, Bruno Mars to name a few.

Hip hop is where it all began, but through the years I started to play more eclectic. I love to play and listen to hip hop, R&B, 80ies pop, 90ies house music, grunge, rock, drum 'n bass, and even some Dutch music, like Doe Maar or even Andre Hazes (sr.)

When was your prime time as DJ?

It started in 2001 until around 2014, which is a long time, but 2007/2008 was definitely my peak. I played for example at Off Corso, Now & Wow, Club Zonder Consessies, Catwalk, Waterfront, Jimmy Woo, Mysteryland, but one of the best moments as a DJ was me playing in the basement of Nighttown, where I've played together with DJ Lord of Public Enemy.

You know it started out slow, I was building something, then I had my peak for 2 or 3 years. Suddenly I didn't always feel like going out anymore and I wasn't constantly busy with music + a new generation of DJs came along, that were way better than me. I didn't mind, because I had more interests. Work has always been a priority for me. DJing was always fun as a side hustle. I never had the ambition of doing it full-time.

I'm not really involved anymore, but DJing will always be the most fun thing to do, no matter your age or what you do in life. It will always keep your mind off the worst stuff you are going through and it will always give you positive energy. To me, it's not about the money, but about having fun, especially now with everything going on. I love to play at an intimate party with some friends that appreciate my old school set.

I played for a Chinese exhibition by people who thought that I only played Chinese music. I do have roots in China, but it was just odd that they booked me without even knowing the music I play.

In 2019 I was booked for NYE at Luxor. There were a bunch of older people, that kept on requesting disco. After one hour and a half, I had no disco songs left and started playing a lot of 80ies and 90ies hits. There was a guy that came up to me and said I ruined his whole night, haha.

I have been sent away or yelled at a few times when the promoters didn't like my set.

But overall, I have lots of good memories. For example:

I was DJing at Now & Wow and a photographer from New York I met that same day came to the venue and he brought along Guru.
He wanted to go to VIP but that wasn't really a thing there, so he was a bit lost. At some point, I played a Gang Starr track, but what I didn't notice was that he was standing on the dance floor, started dancing, and was looking at me all excited. Ironically it was the track: Right where u stand. I will never forget that moment. I was on a high for two days

Digital for spin, but my heart lays with vinyl.

"I played a Gang Starr track, but what I didn't notice was that he was standing on the dance floor, started dancing, and was looking at me all excited." 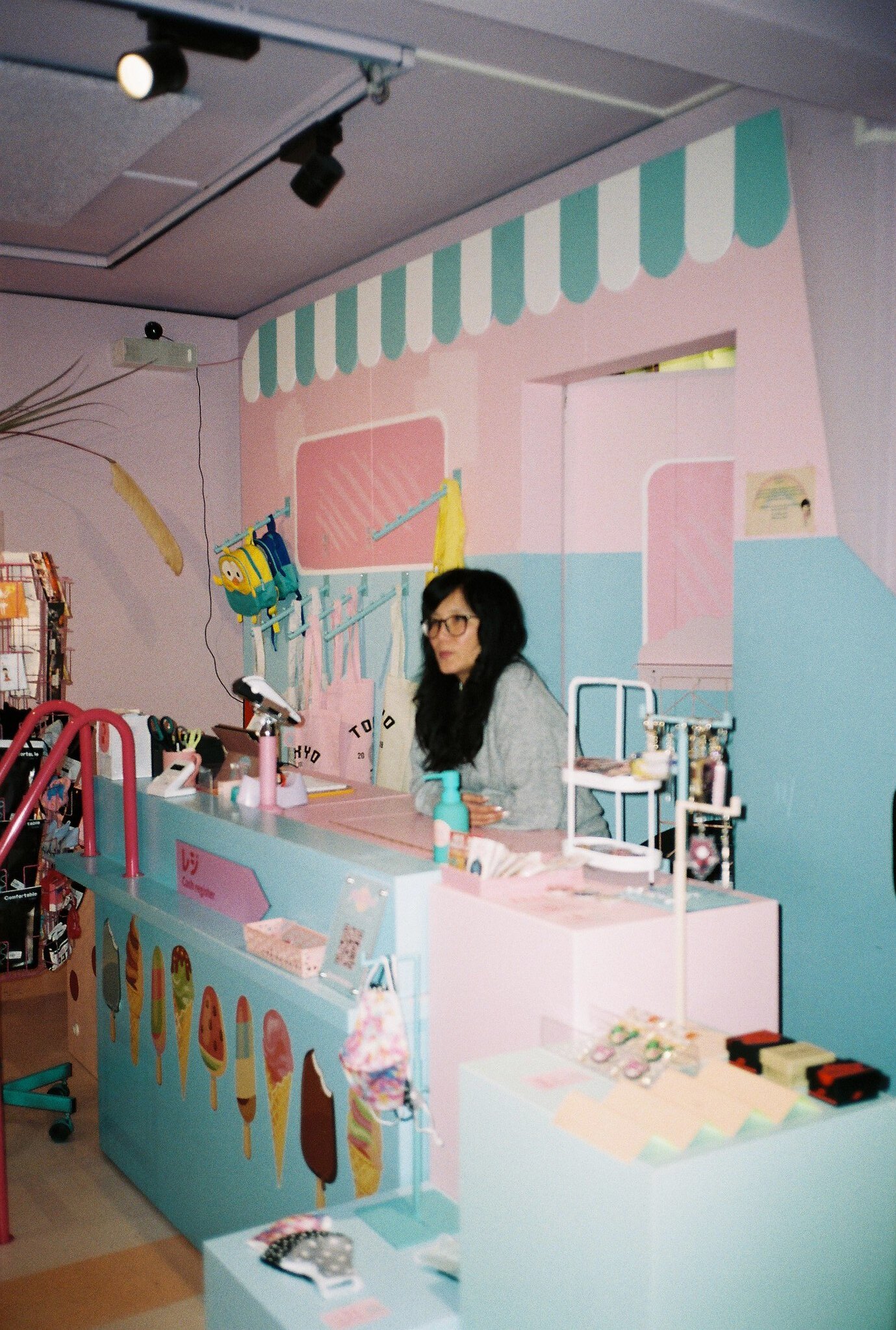 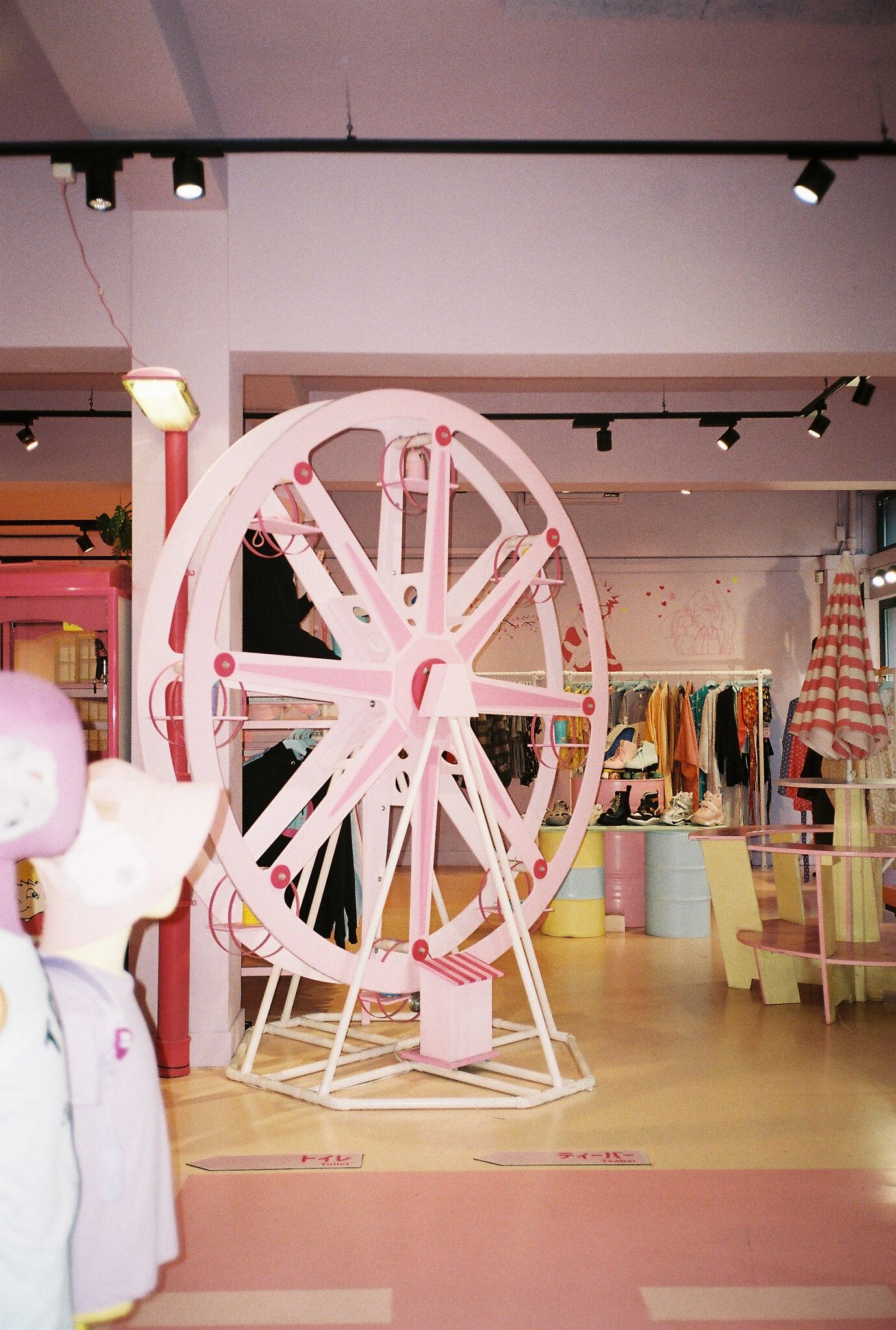 That's funny actually, when I just started out as a DJ, I selected my music by laying out all the vinyl on the floor in order of what I was going to play. Basically prepared a whole set beforehand and also placed the records like that in my case, so I could just grab no 1, no 2, etc. At some point, I saw that other DJs didn't do that and just picked their music on the fly. I remember thinking "But how do you know what's going to sound good or if it mixes well?".

After a while, you just get to know your records and improvise while playing.

Now I would look at what kind of occasion it is because I can do different kinds of parties.
Through the years the parties became more and more eclectic. Real hip-hop parties were getting rare. People and promoters just wanted more diversity. While before, for example at places like Waterfront. People just danced even if they knew the song or not, if it's good, it's good.
But sometimes they are not feeling it. Then what do you do? I am a DJ that switches up the music for the occasion, what kind of event it is and which types of people are coming. You could call me a crowd-pleaser. It always sounds a bit negative, but I don't play for myself. I want to give people a good time. If they are having fun, I have fun. It goes both ways.

For mixtapes, it's different. People can choose whether or not they want to listen to it I've made some eclectic tapes here and there just for fun, Mainly I liked to make hip-hop sets and mix old and new stuff. But I think the last mix I made was the one where Jeff Solo helped me out, which was about more than ten years ago. 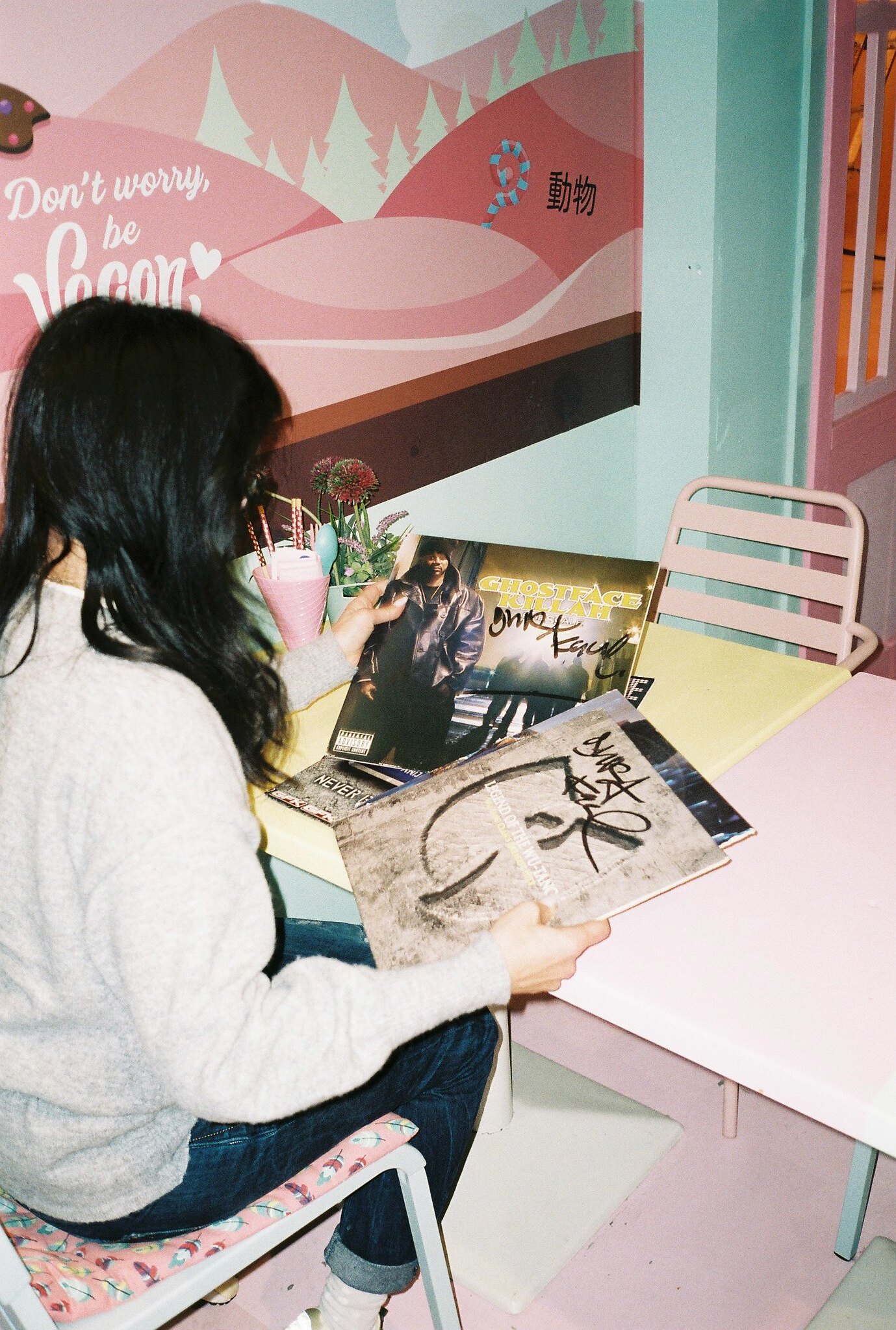 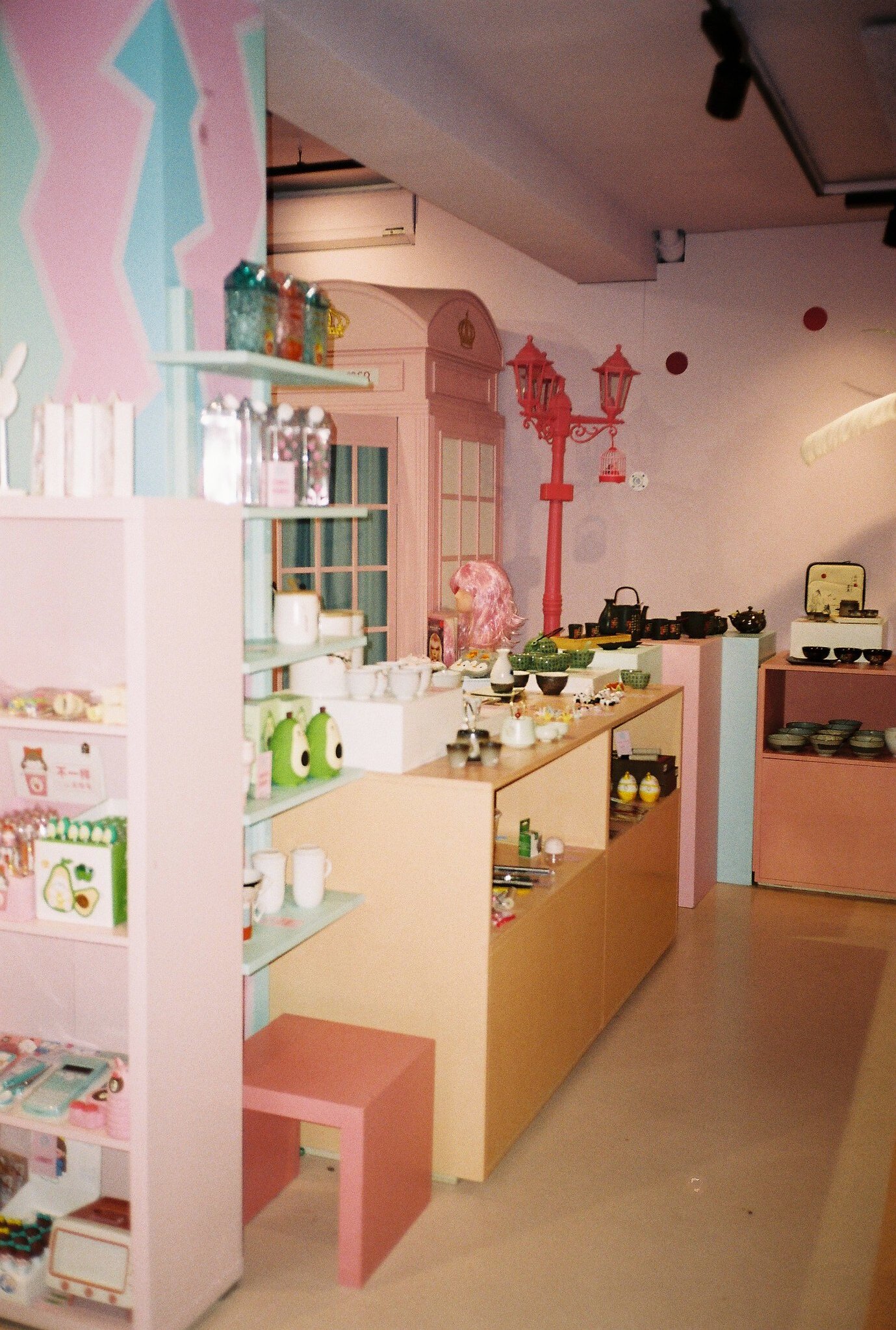 It would be cool to do a hip-hop party like back in the days, maybe a reunion night of Chocolate in Off Corso, which now of course doesn't exist anymore. I'd rather reminisce than check what clubs are hot now or what's popular.

Juicy from the Notorious B.I.G, because it just fits every occasion and any type of crowd. When you put this on everyone is going to sing along and it really represents Brooklyn for me, which is my favorite place in the world. 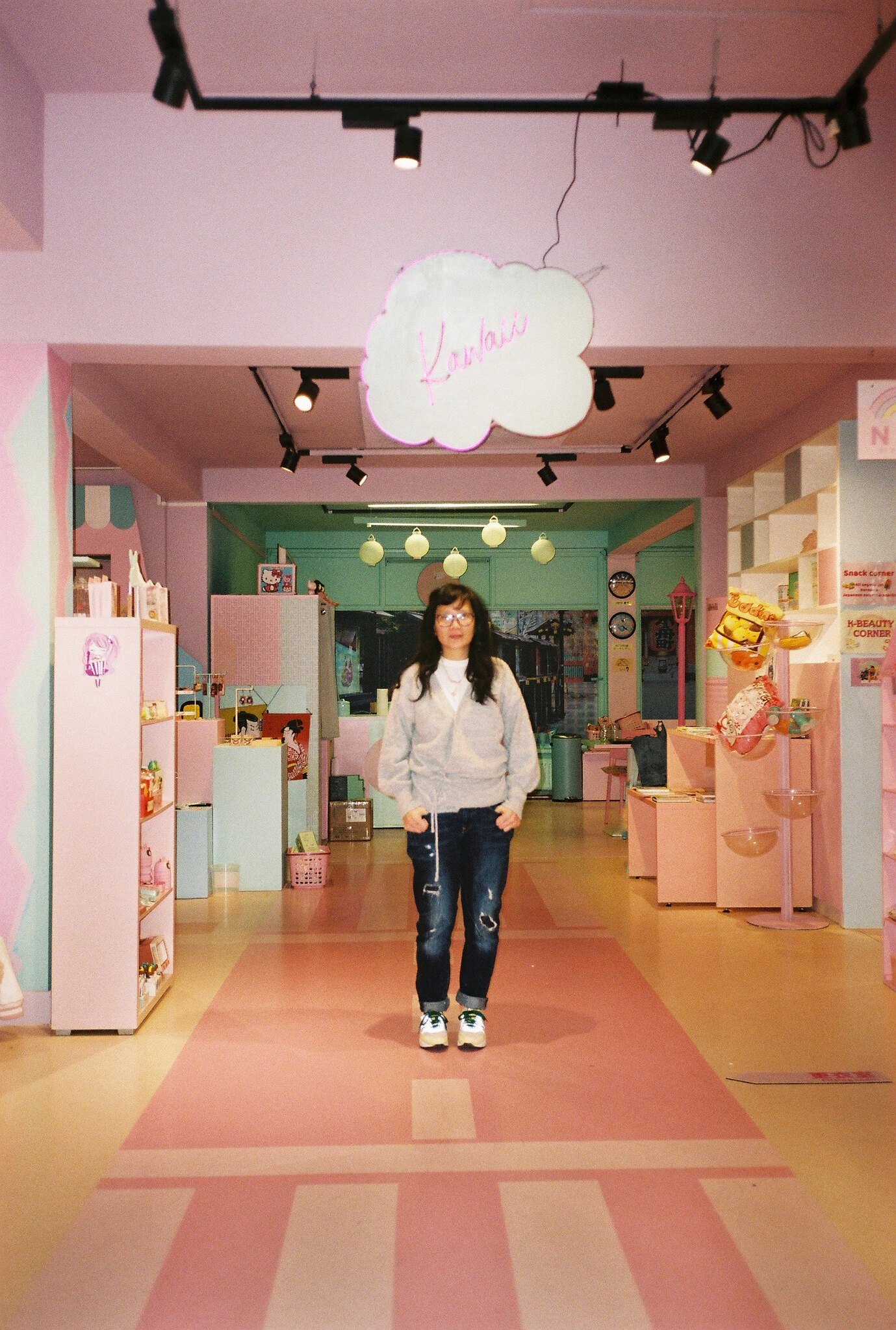 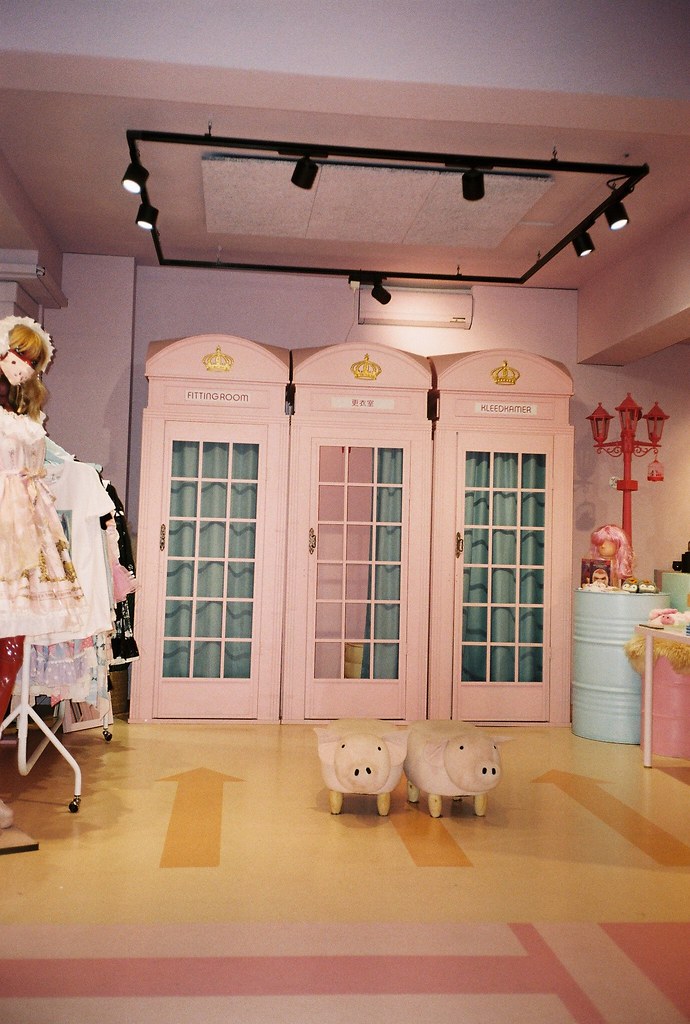 Listen to Woei FM #15 with Margeret West on Mixcloud: