For WOEI FM episode #18, we caught up with Sophie Rundberg aka DJ Mila Black to talk about her start in the music scene, the origins of her diverse music taste and the meaning behind the name Mila Black. 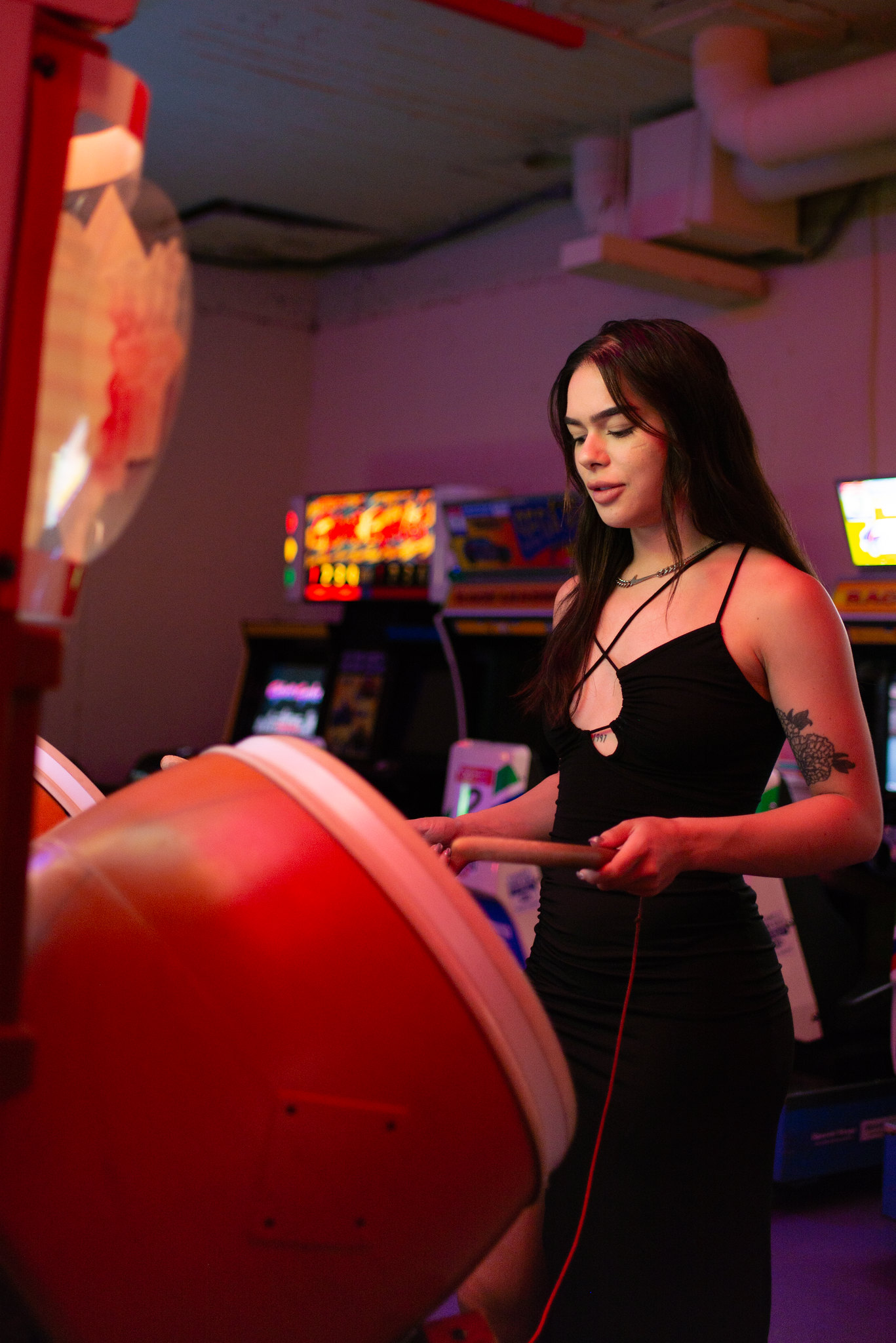 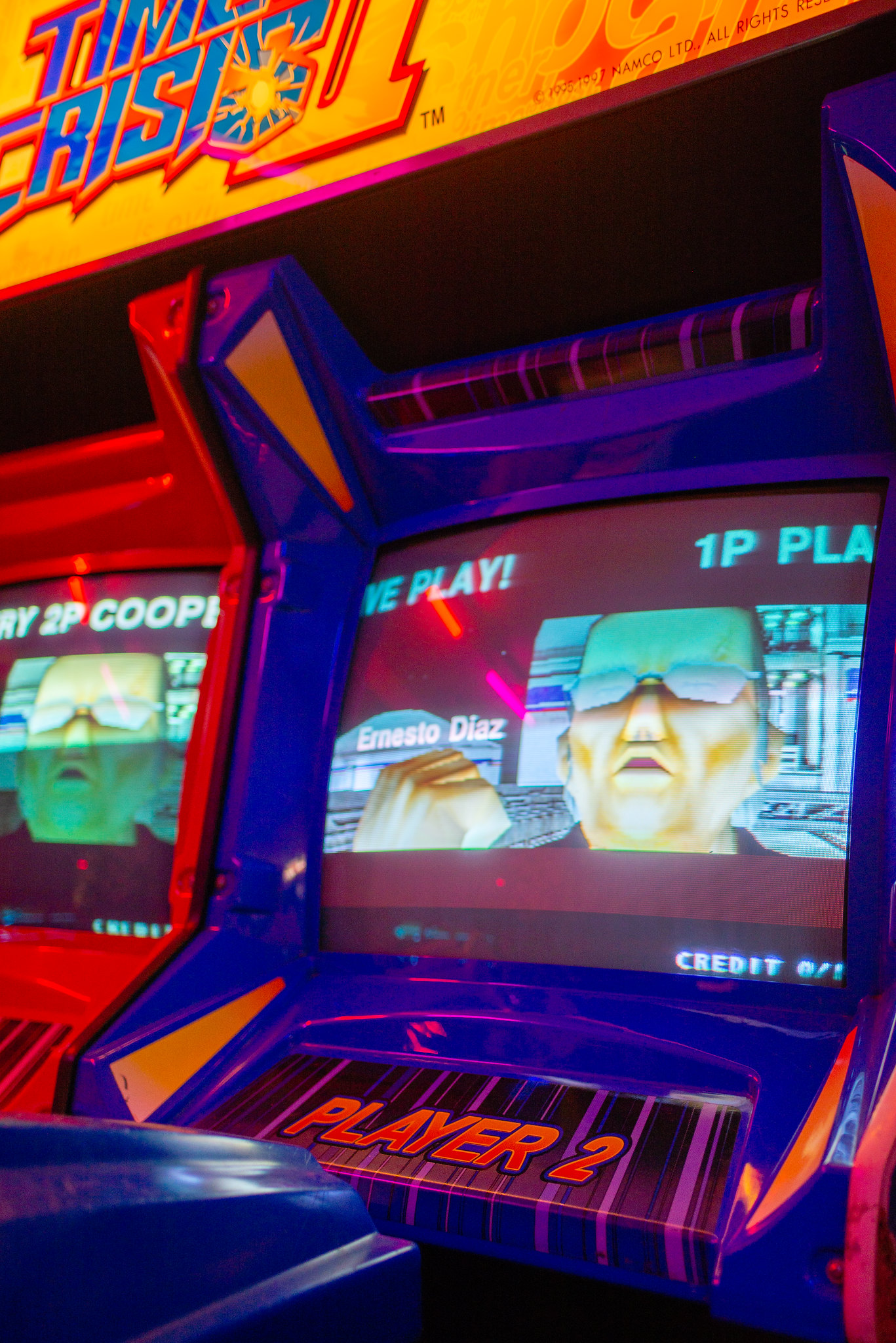 I am Sophie Rundberg aka DJ Mila Black. I am 25 years old and was born in a small village in Brabant called Oisterwijk. I've lived in Rotterdam for a few years now.

My mother really had a doll in mind when she named me Sophie, but I wasn't like that all. I used to be a tomboy. If I ever had a baby I would call her Mila, a bit of a jungle baby, curly hair, a bit messy. The way I used to be.

So, when I was choosing my DJ name it was easy for me. The ‘Black’ part is because I’m almost always dressed in all black.

I always start the day with an overnight oat that I prepare every night, alongside a coffee to wake up peacefully. Mornings are not my favorites. I go to work, after that I go to the gym and I cook. 9 out of 10 times I'm sorting my music. Must be kept up to date of course.

I've always been collecting music since I was 12, because I didn't like mainstream music myself. As I got older, I went out in Tilburg. my love then was beats and oldskool RnB Hip-Hop.

It has always been my passion. At first I thought illustration was my passion and wanted to study it. I also got some nice little commissions for Re-issue and Herman Brood Academy. However, it started to feel less like something i wanted to pursue, the connection was not there.

I was really into that, until someone asked me:"why don't you do anything in music?". Never thought of it myself, but it connected right away.

The seed was planted in my head, but I wasn't ready for it yet.
I had someone around me who was spinning a lot, so I was gradually gravitating towards DJ'ing.
At one point I went to Portugal and got my first USB. When I returned to the Netherlands I felt that I was ready for it, and that's how it started. 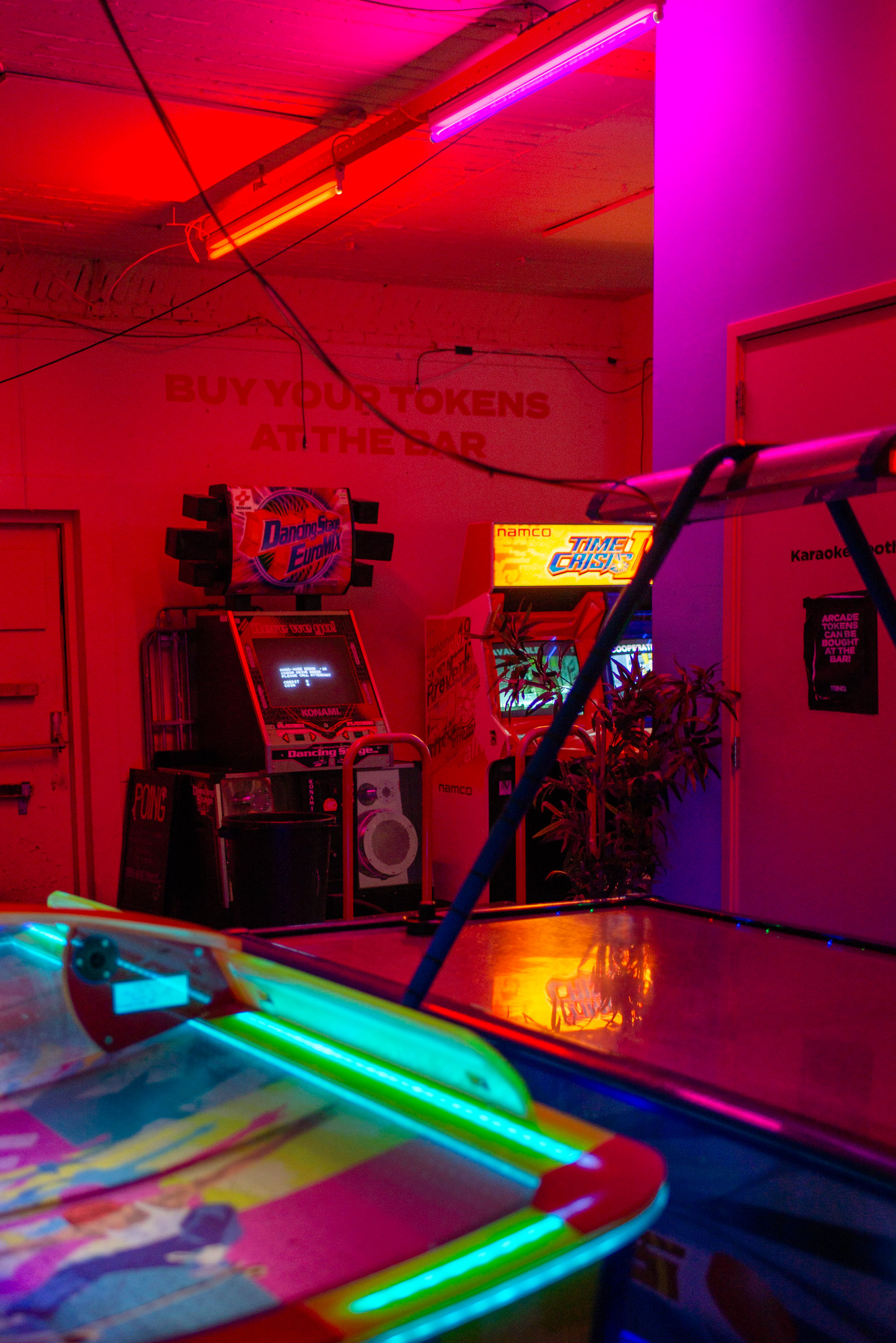 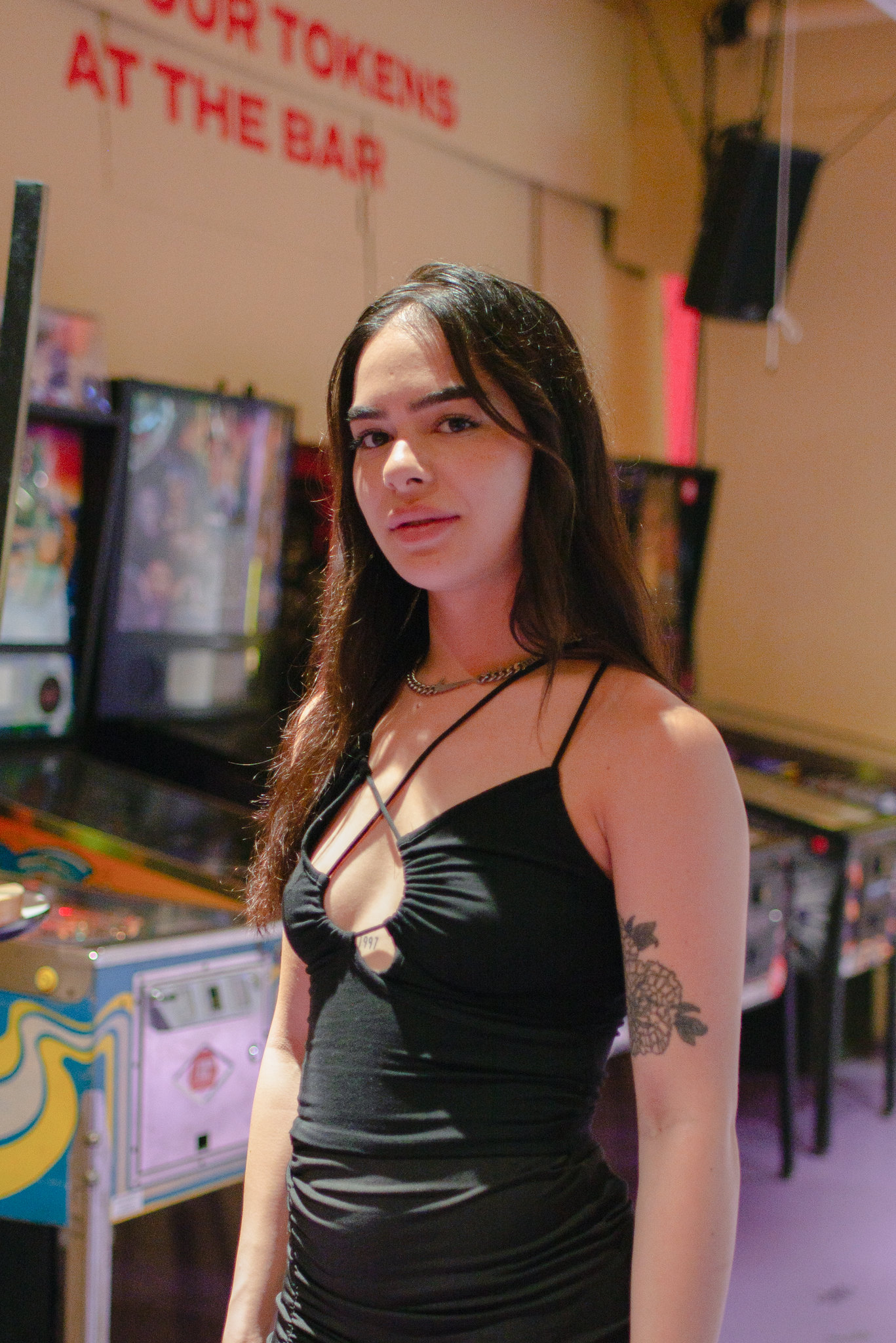 "someone asked me:"Why don't you do anything in music?". Never thought of it myself, but it connected right away."

I'd been asked to become a resident at FOMO. Together with DJ's Kookkamer, Tettjoebetja and Kimmah. We all started around the same time and we're all on fire now. It's going great.

My first show was with Operator and it went terribly. Everything that could go wrong, went wrong!

I had removed my USB from my laptop too early, everyone knows you shouldn't do that. Everything I had prepared was no longer on my USB. Didn't even know where to plug my headphones in, I ​​completely panicked! Luckily I got a second chance two weeks later, but it didn't go great either. ​​I'm just a bit of a perfectionist, but luckily I didn't give up and learned a lot from these mistakes.

My all-nighter at Poing. 5 hours long. The vibe was good and weeks later I was still getting positive feedback!

I think I've been lucky that I've always had a nice crowd that fully appreciate my stuff. Sometimes I find it super irritating when people want to talk to you while being super focused on spinning. Sometimes I've had requests for Drake while I was playing Big Electro. I also remember playing on just one CDJ. 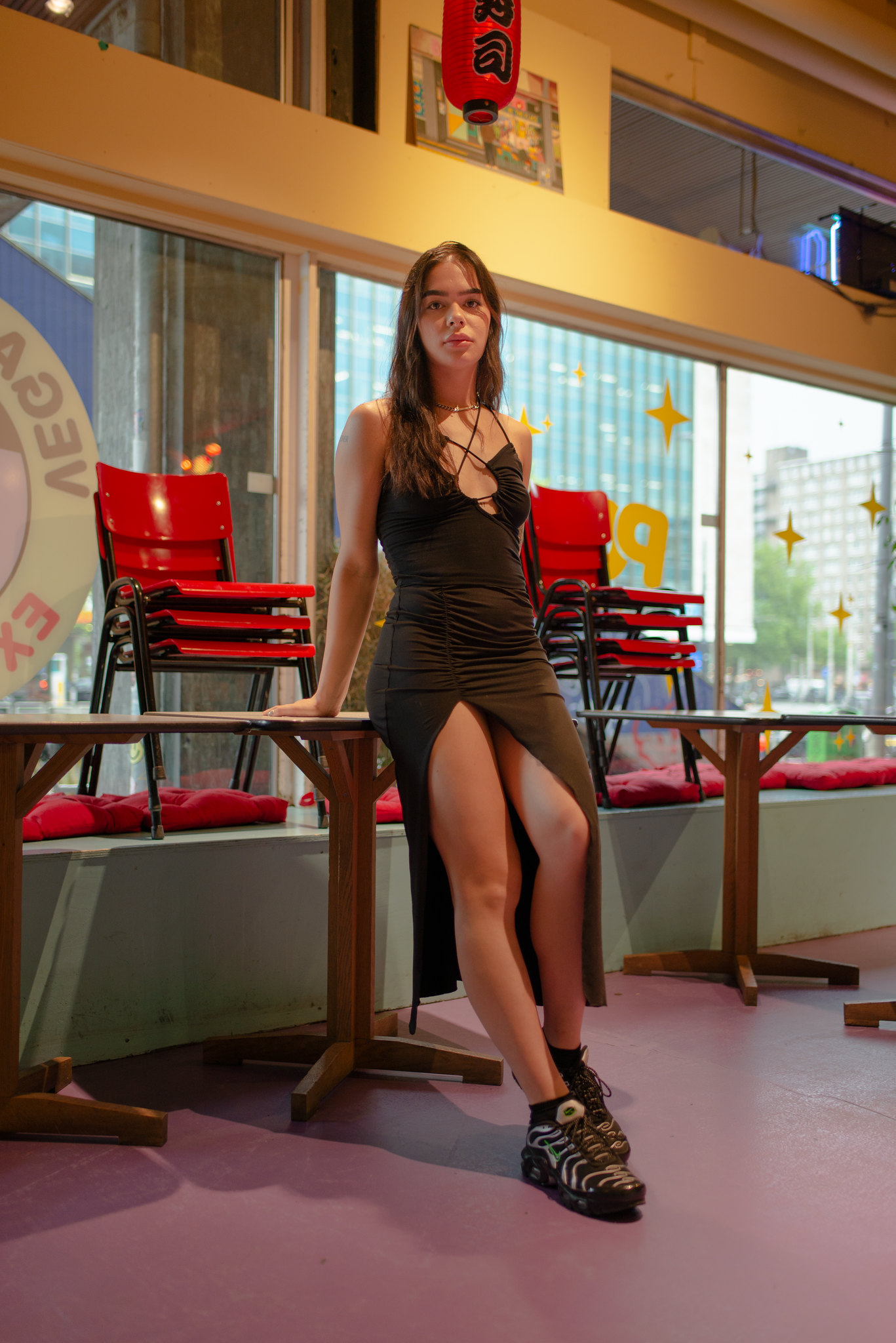 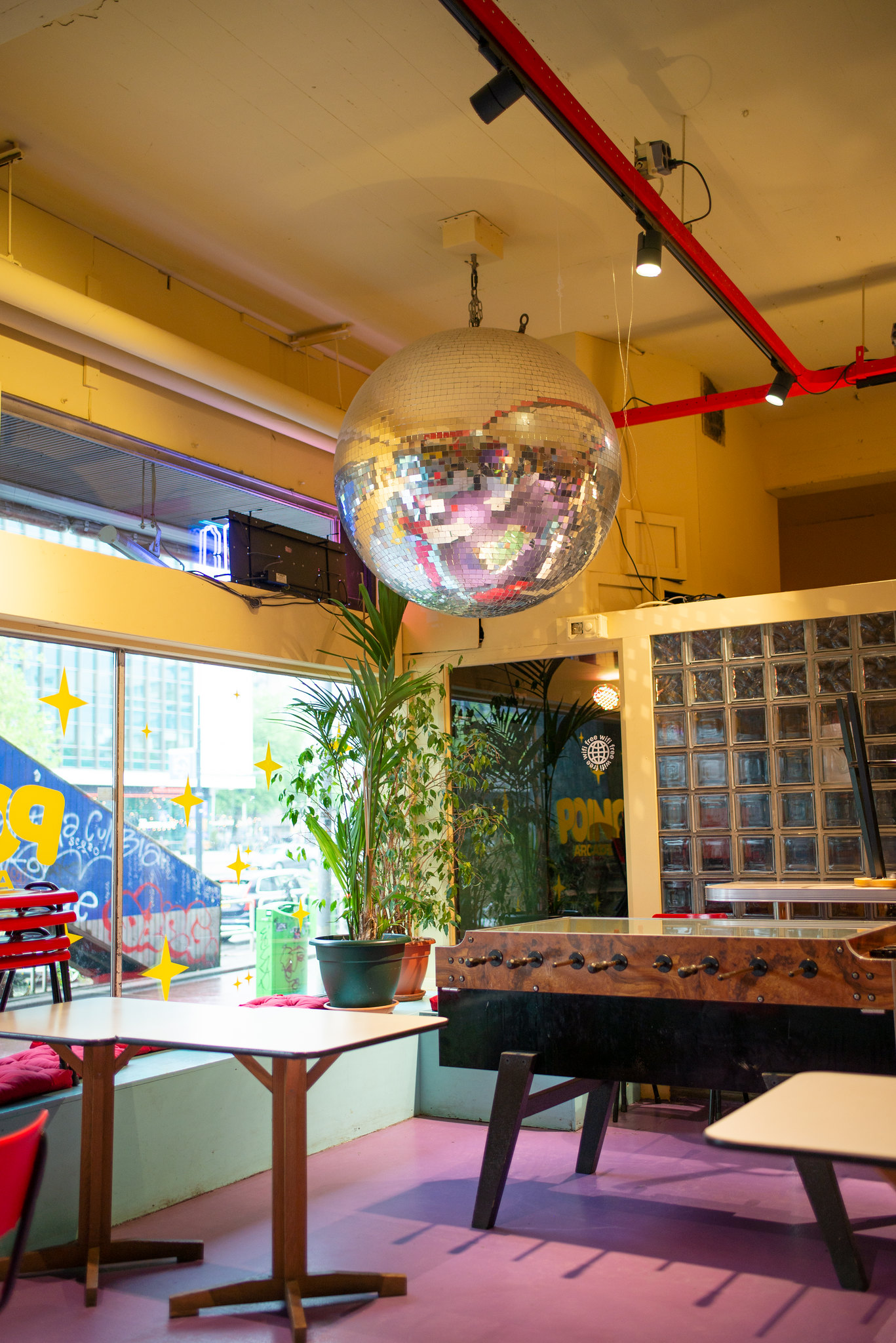 It really depends. When I do B2B I make a playlist and put all the songs in a playlist. Then I just play depending on the audience and energy! If I'm more nervous than usual before a certain gig, I prepare my set more carefully, so that I have a little more grip. The same goes for a radio show, for example.

Club Nights. I haven't had any experience with festivals yet, but hopefully that will come soon! 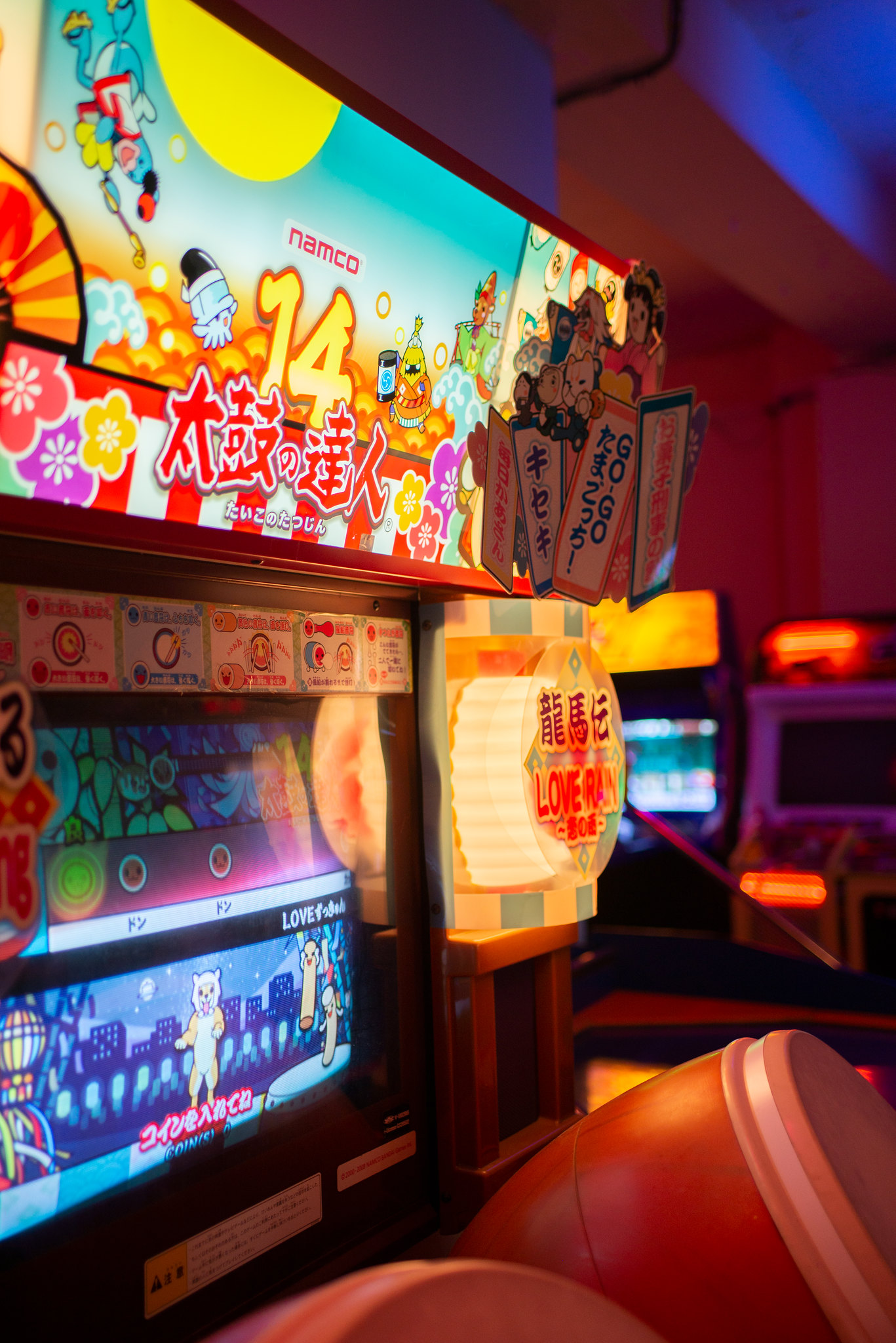 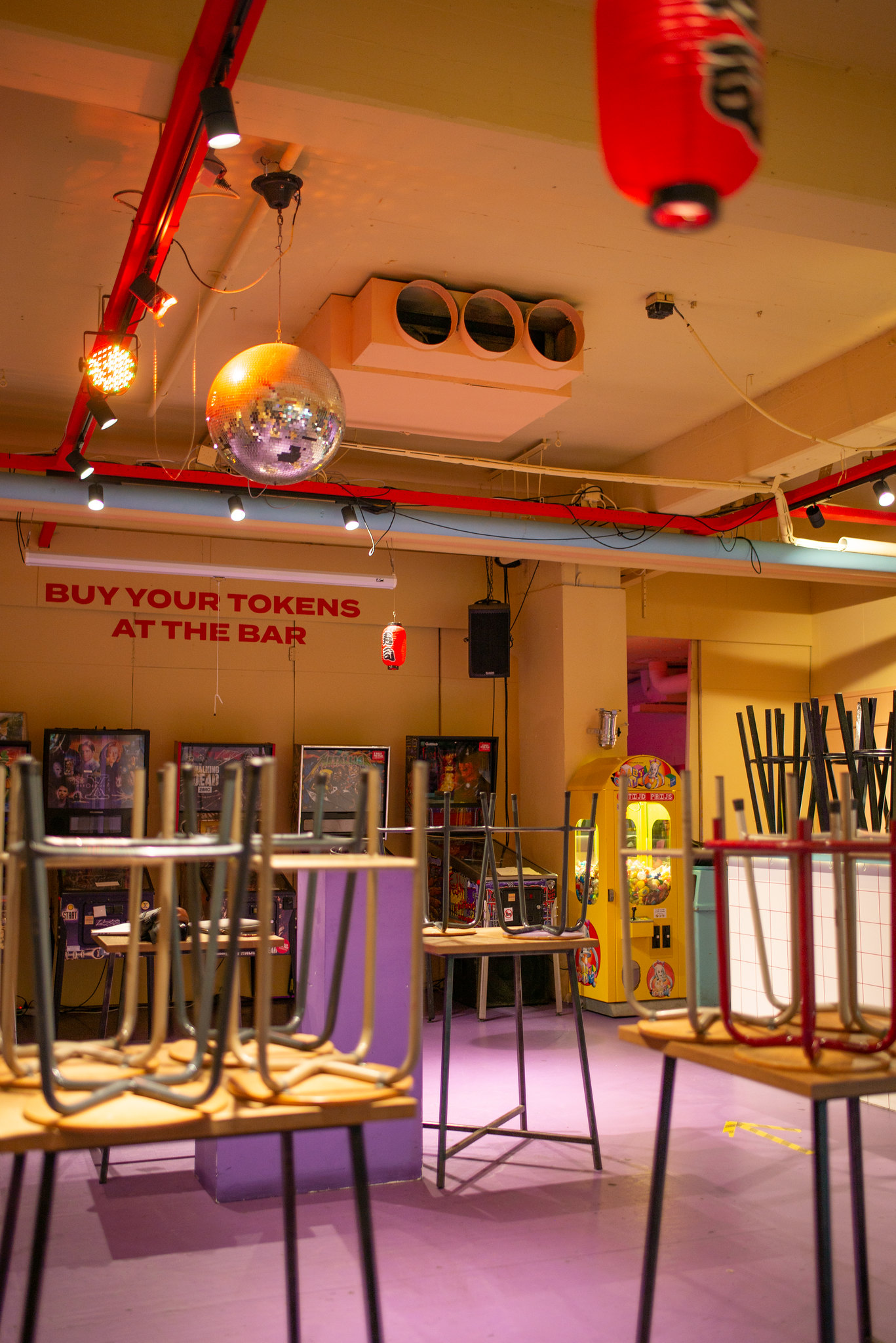 "When I do B2B I make a playlist and put all the songs in a playlist. Then I just play depending on the audience and energy! If I'm more nervous than usual before a certain gig, I prepare my set more carefully, so that I have a little more grip."

Club Berghain in Berlin. If I were there, I'd be super happy! The vibes there are super raw and dark.

Closing set, have a blast! 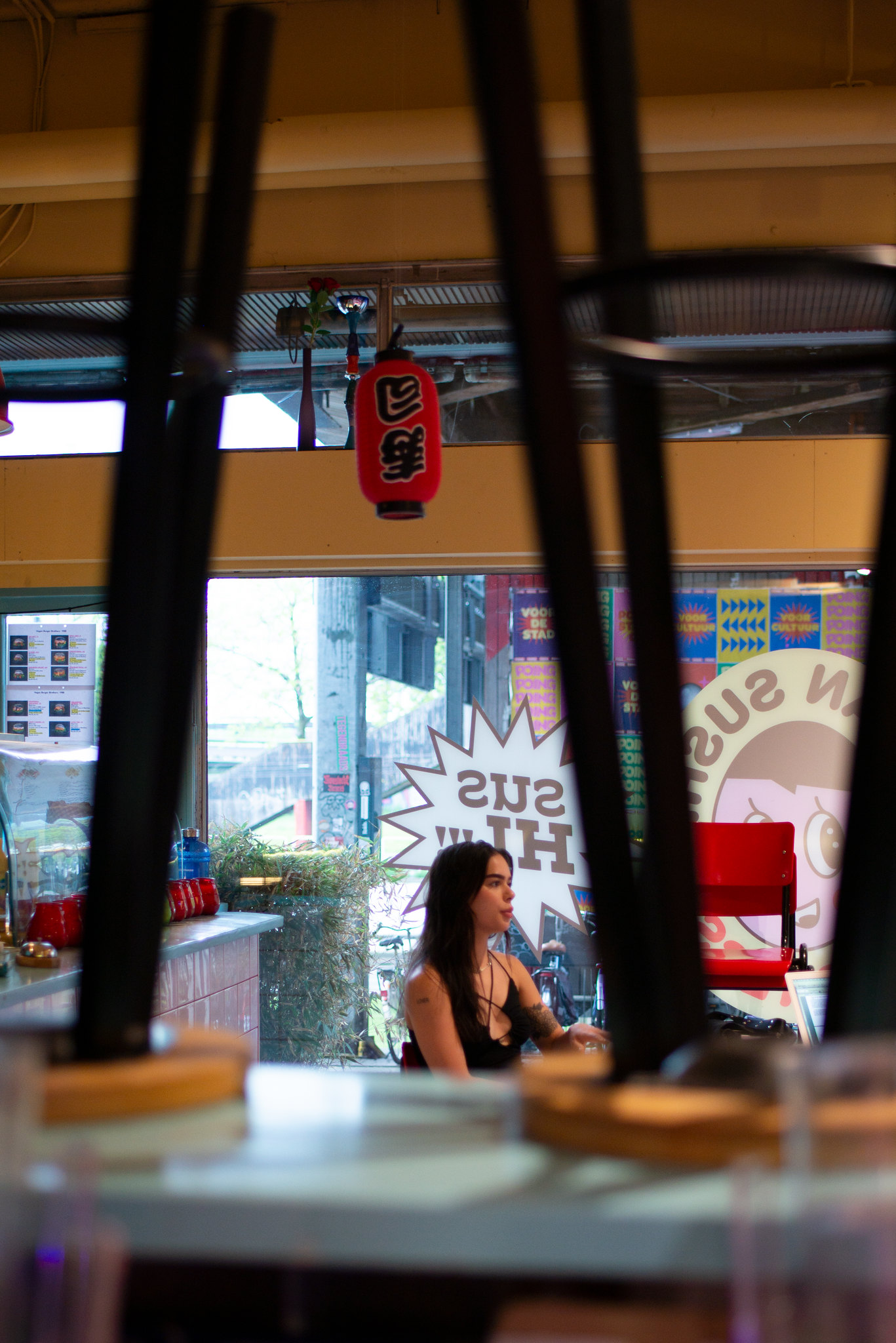 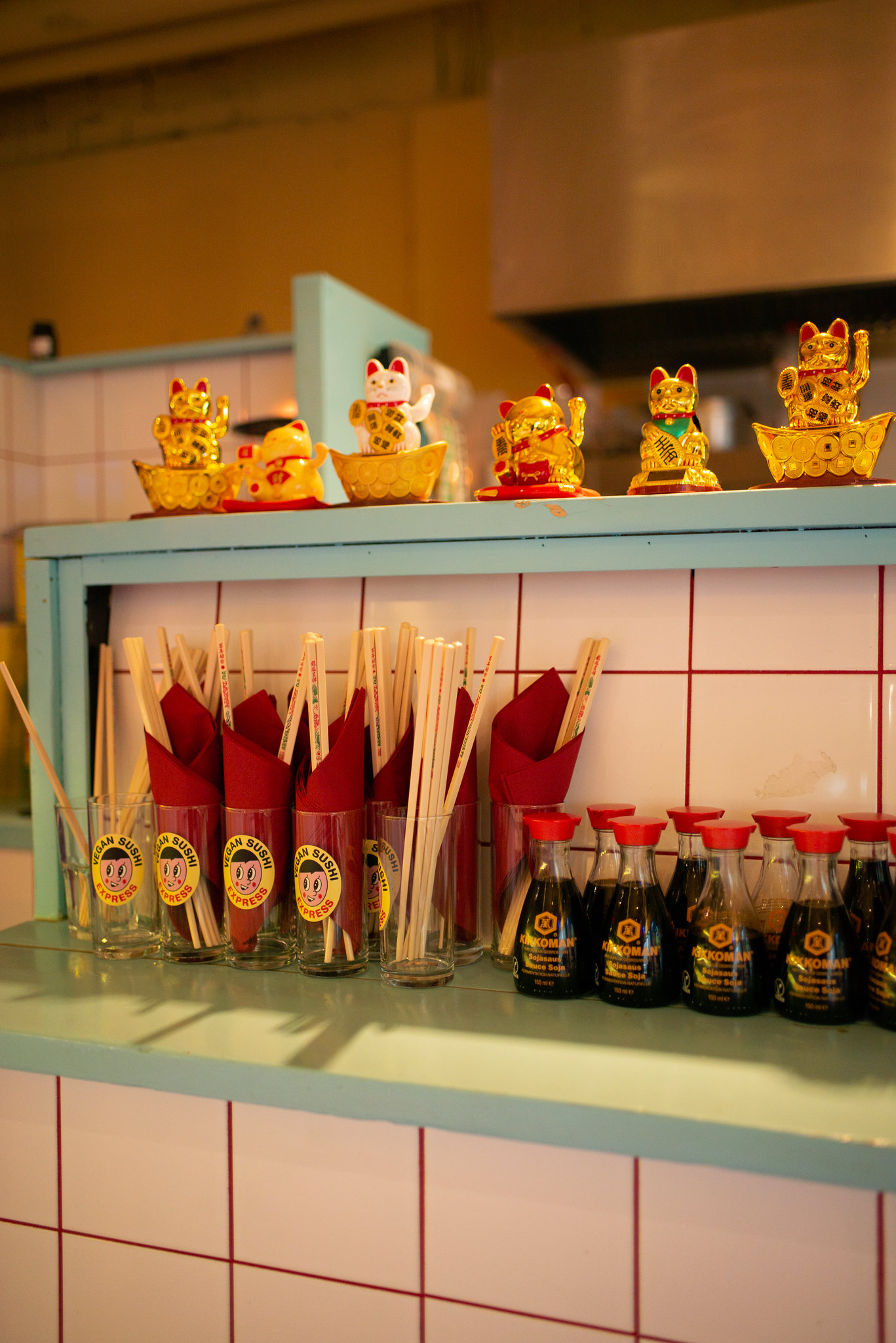 Can't get enough of WOEI FM? Check out WOEI FM #16 with BESSY!