But the interests and passions of the Woei crew reach far beyond just shoes and apparel. Besides providing the streets with the latest from Nike, Adidas, and Co., music has always been at the heart of the store. Considering the highly curated playlists and mixes that can be heard in the store and hosting some of Rotterdam's most notorious parties, the belief that music unites is deeply ingrained in the Woei DNA.

Based on this deep connection, we want to shine a spotlight on some of our favorite local musicians to talk about what sparked their passion for music and hear their take on common dilemmas in the music industry.

For WOEI FM episode #22, we caught up with Christiaan den Ouden, aka Freddie Mercure, to talk about his rocky start with music, most iconic gigs and hotspots in Rotterdam. 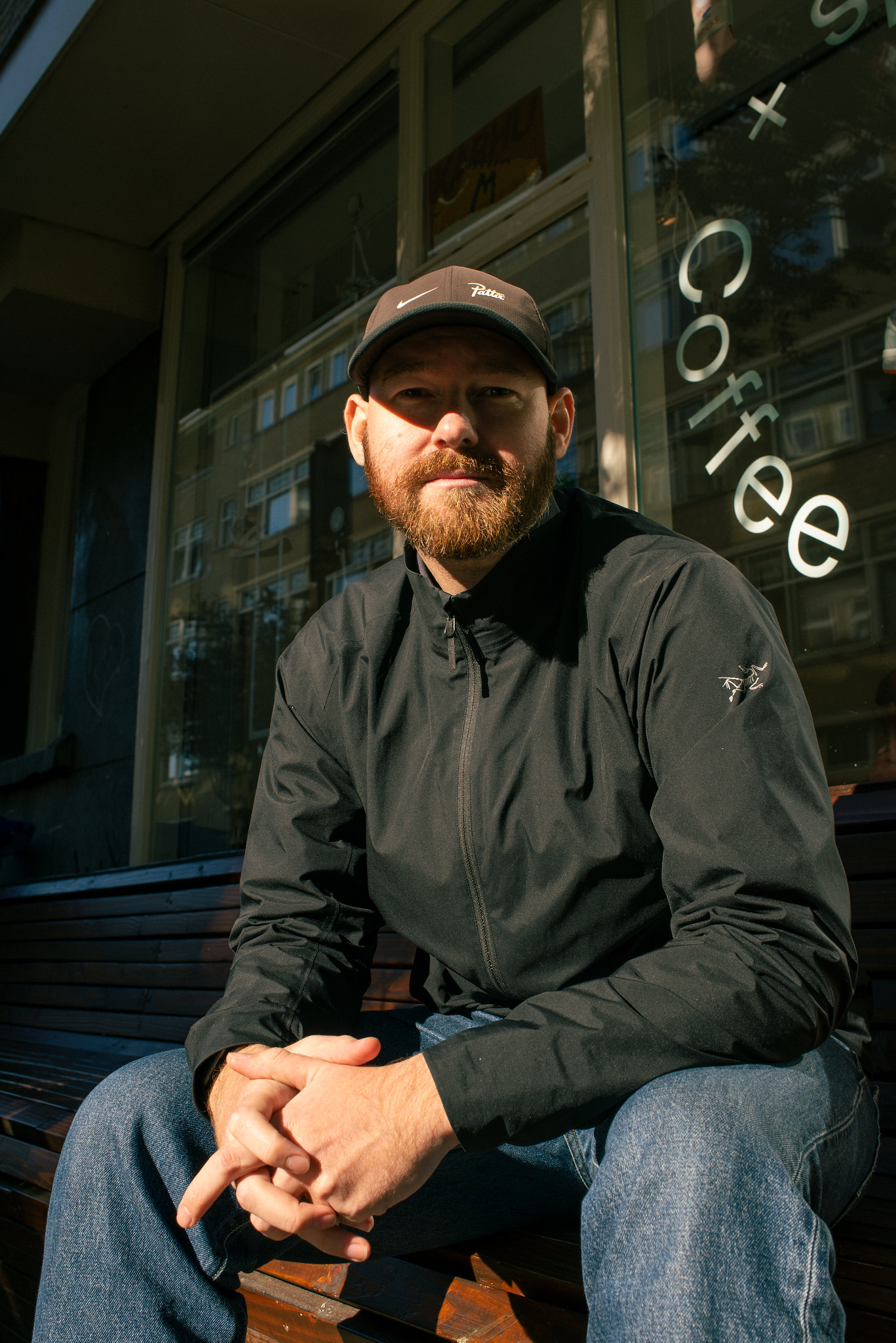 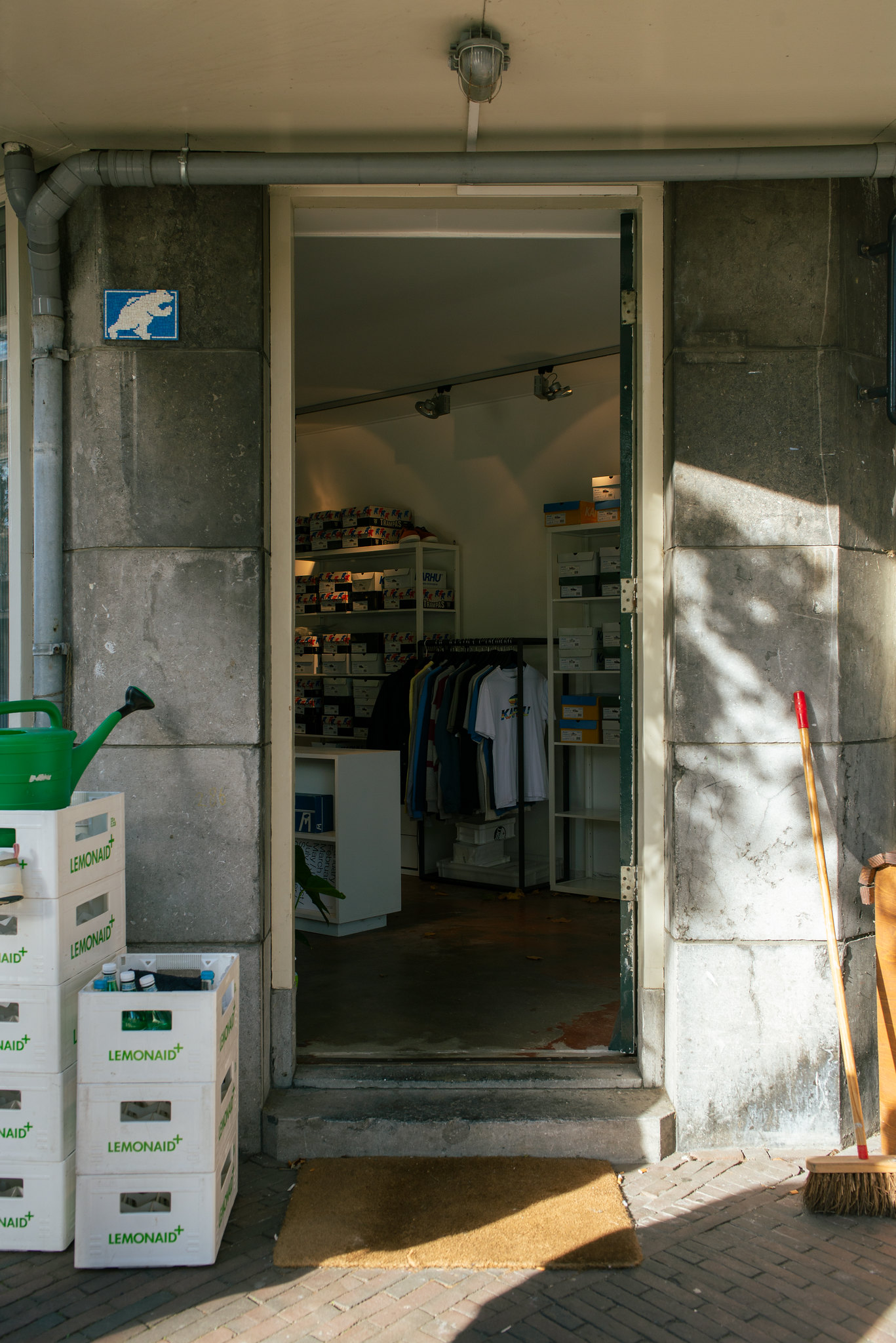 My name is Christiaan den Oude, also known as Freddie Mercure. I'm 34 years old and have lived in Rotterdam (and surroundings) for pretty much all my life.

Back when I attended Grafisch Lyceum Rotterdam, I had a friend, Leo Benesty, who knew many House DJs from that time, with Joey Daniel as one of them. At that time, my beard hadn't fully grown into what it is today, so when we were at LijfStijl (R.I.P) he made a comment about me resembling Freddie Mercury, and from that point onwards, everyone at Lijfstijl started calling me Freddie, so it became a nickname.

A while after, I started writing a blog, so I took the nickname Freddie and turned it into Freddie Le Mercure. When I started spinning I experimented with the name until it became what it is now, Freddie Mercure.

I like to start my 'Freddie Mercure' day, which is usually a day on the weekend, by getting a coffee from TOM Coffee + Paper Goods, where we're currently sitting as this interview takes place. I live in the South, but enjoy walking here all the way from home. From here onwards I might get one of those nice Chicken Katsu Sandos from Perry de Man's De Toko, which is really close by.

After that, I'll go back home for a bit, spend some time surrounding myself and working on music for the evening, and of course eat well, because I love eating, whether that is at home or outside. Usually, around the evening time, I like meeting up with my girlfriend or my friends, to eventually go to one of my gigs.

We're currently at TOM's Coffee + Paper Goods, and what does this spot mean to you?

I used to live in the North, and on my way from there to the city center, I suddenly discovered this gem called Tom's Coffee. and it has become my lay-over between home and the city center where I come to grab some coffee, relax and talk to Tom, which is something he seems to enjoy very much. 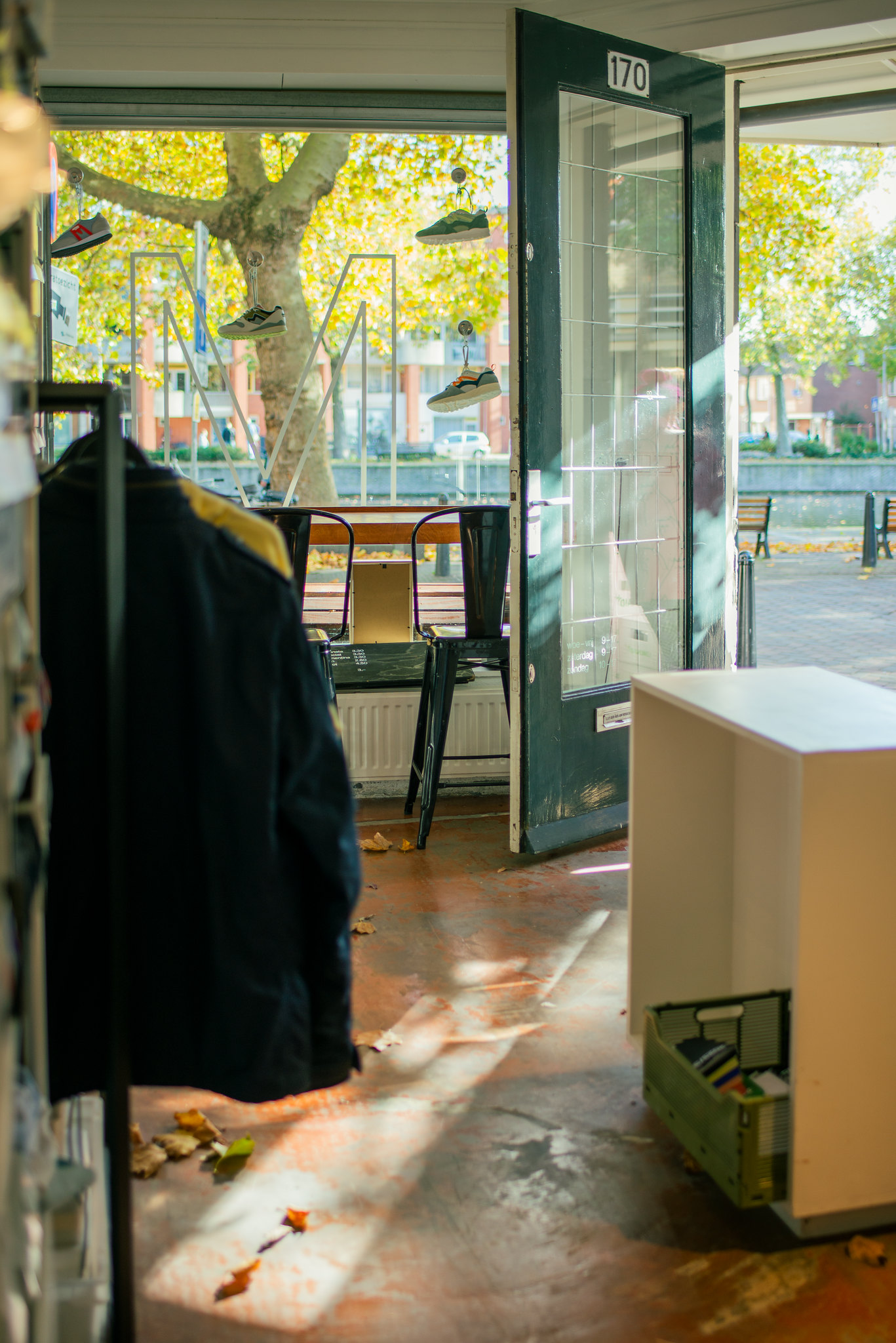 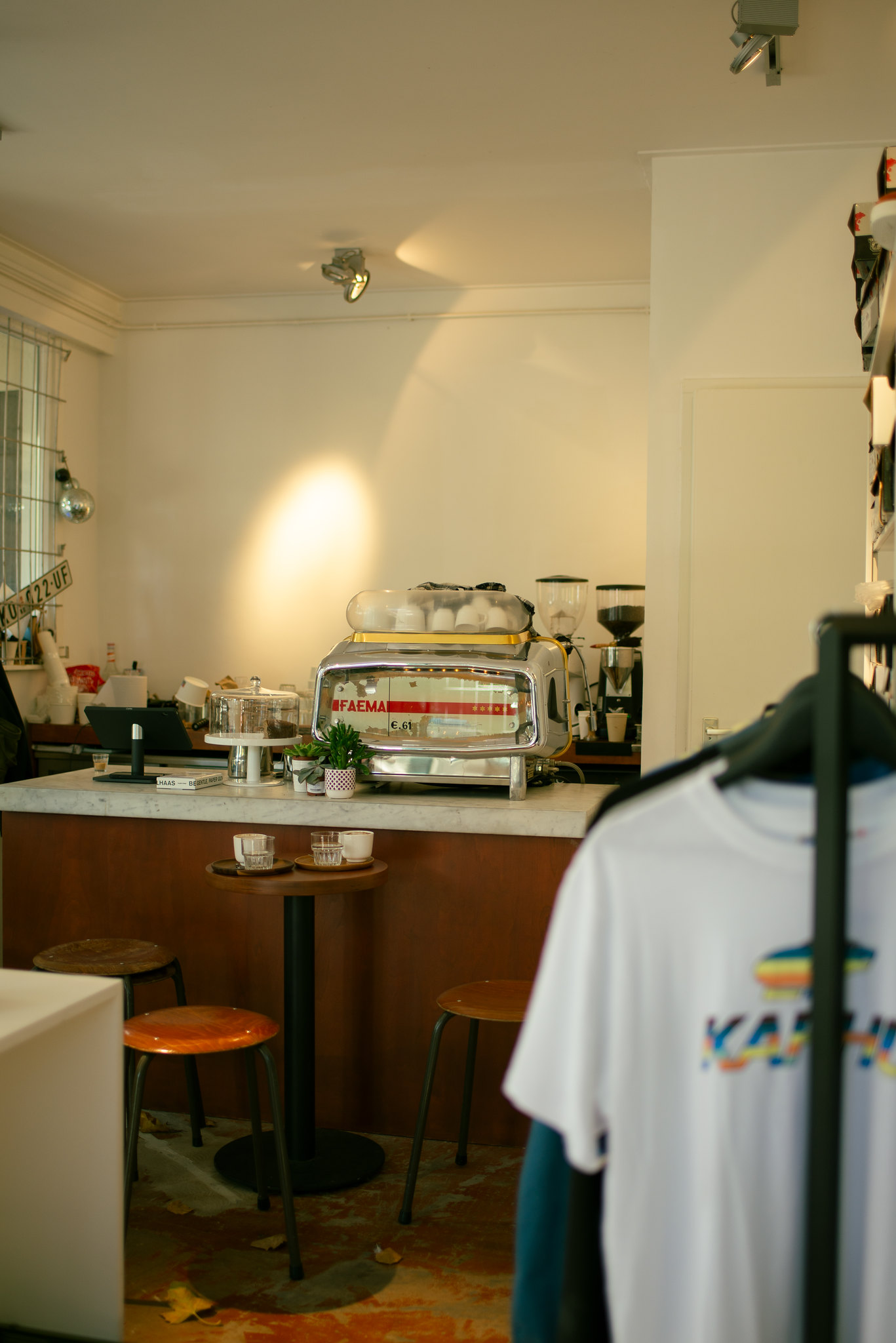 "I suddenly discovered this gem called Tom's Coffee. and it has become my lay-over between home and the city center where I come to grab some coffee, relax and talk to Tom, which is something he seems to enjoy very much. "

As cliché as it may sound, it has given me everything. Everything that I wanted to achieve up to this point, I was able to achieve thanks to this city, personal and business-wise.

For coffee, it's, of course, Tom's Coffee. For drinks, I go to Containerbar Noord and for the special beers, I visit Kaapse Maria. I like to eat at Tasca Plein Oost, which is great quality food for a really great price. Shoutout to Plein Oost for that one!

These are pretty much the places you can usually find me at.

That realization was pretty odd for me. Growing up, I saw some video clips that scared the life out of me, so I started having a bad association with music, one video clip that really scared me was Gypsy Woman (She's Homeless ) by Crystal Waters. Especially the part where the lady with the white mask showed up, that always made me hide behind the couch as a kid. My appreciation for music was only really starting to grow as I started going out at age 15/16. When going out I started meeting more people, started organizing parties with the people I met and that's also how I eventually started spinning, it all gradually progressed like that.

How did you decide that you wanted to become a DJ, and for how long have you been one

In the times of Catwalk, I was in a minimal DJ duo for 9 months, after which I realized that it was more within my interest to handle the organizing part and everything that comes with that. After a while, me and a group of guys like Jeff Solo, Jeremaine S, Tobias Prins, and of course Musa Lekatompessij, set up Niko in Blender. And with some pressure, I also picked up spinning again. So after deciding that, I started spinning together with Moody Mehran and we did opening nights for NIKO together. I made a lot of hours, got better over time and built up a network, which is still extremely important.

Steadily, Niko has become a set name in Rotterdam. 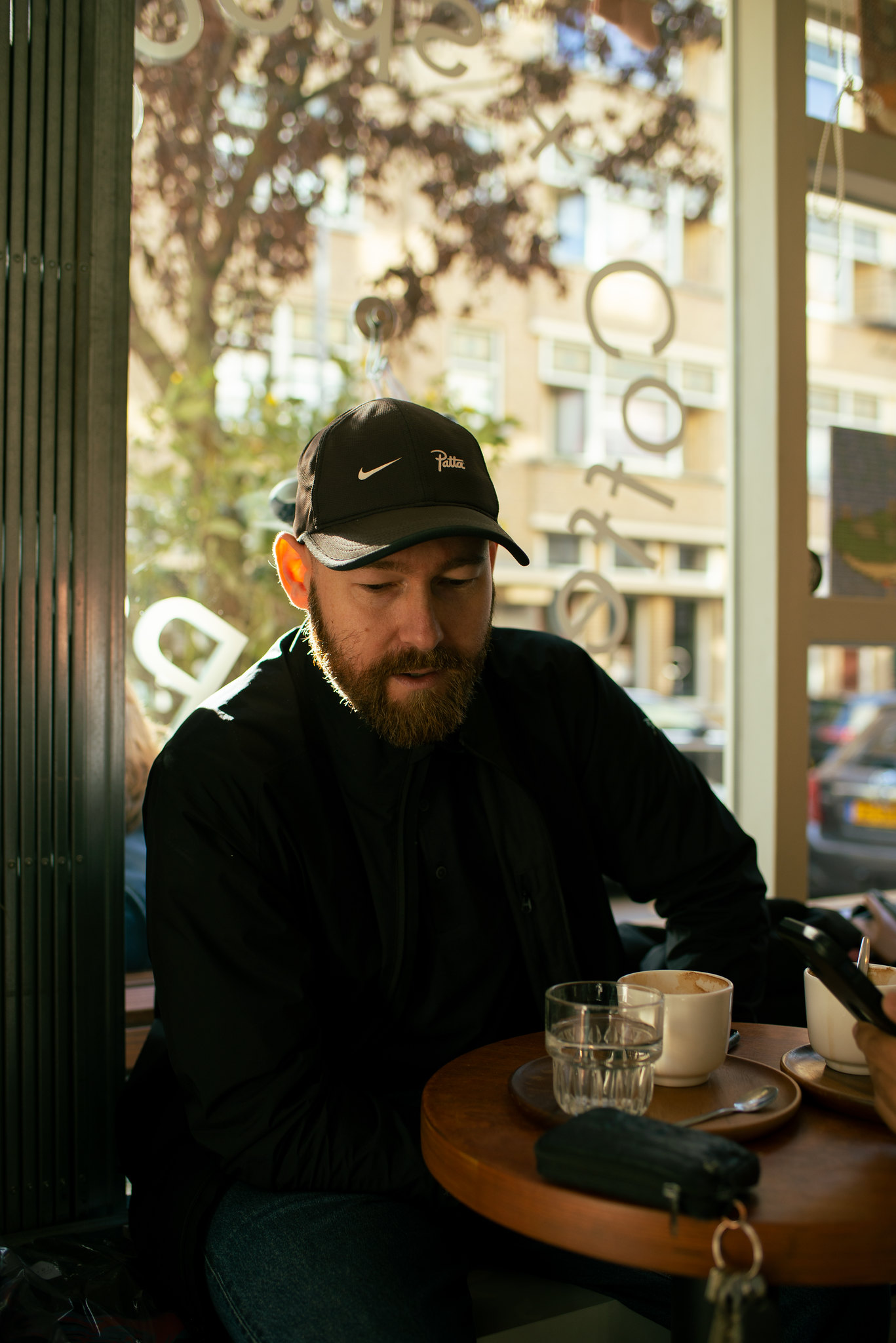 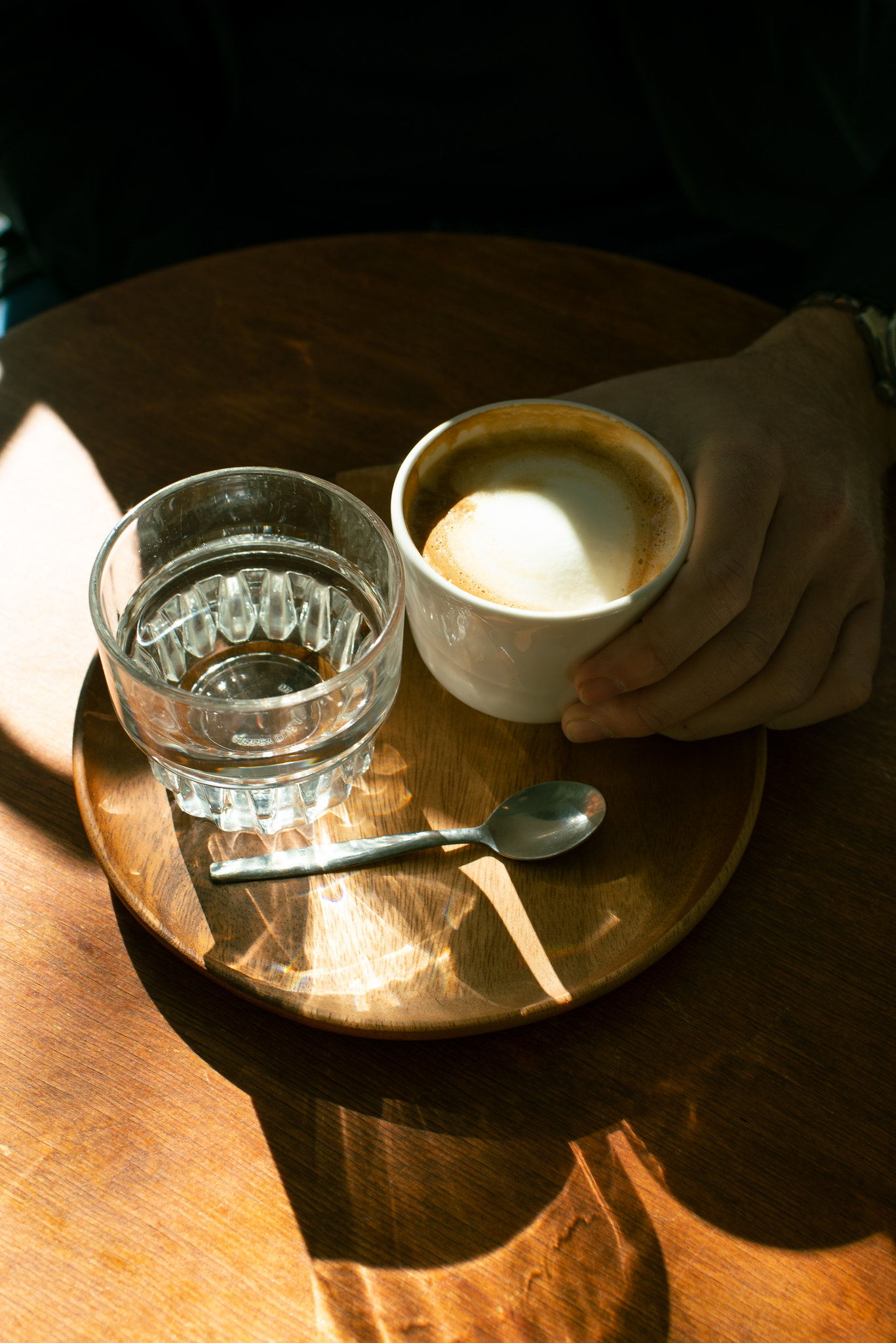 Back then, I got most of my inspiration from names like DJ Mr. Wix, Lil Vic, and Jeff Solo. It was more of an eclectic sound, bringing lots of genres together, which has been a little harder to convey towards today’s 'youth’, I’ve noticed.

At this moment my main genres are Hip-Hop/ RnB, leaning towards the edits. I’ve been throwing in some Pop, Rock, and Soul sounds to really make it my own.

M first gig was when I was in that minimal DJ duo, and it was a festival gig. It turned out to be just a huge grass field with a big tent and some cars around it, which was for a student association. We broke the tent down, figuratively and literally, because people just went ham. It was crazy but also a great memory to have.

Is there something weird that happened while you were spinning?

The most bizarre things I see that are more on the negative side are when people come up to the DJ booth with cash so you can play the song that they want, or when people randomly enter the booth to ask if they can join you in spinning.

On a more positive, but still bizarre side is spinning at a big sold-out venue and seeing the public get into the music and being able to bring them along in your performance.

At first, I sorted music based on genres, but I stepped out of that and started sorting it for the individual party.

I usually change up the list by maybe adding a song or two or deleting them, essentially refreshing the list of what I played there before. For every song I put in, I usually have two or three songs ready to follow up with, but that depends on how the crowd reacts.

No, I don't really have one. I just try not to drink too much beforehand.

At the moment it's festivals, as I feel that club nights have become less interesting/diverse to me.

I had the chance to tick off some festivals on my list, such as Blijdorp Festival, the summer edition.

Paradiso in Amsterdam would also be amazing. Spinning outside of the Netherlands isn't my biggest wish, but if I'm ever asked, why not? 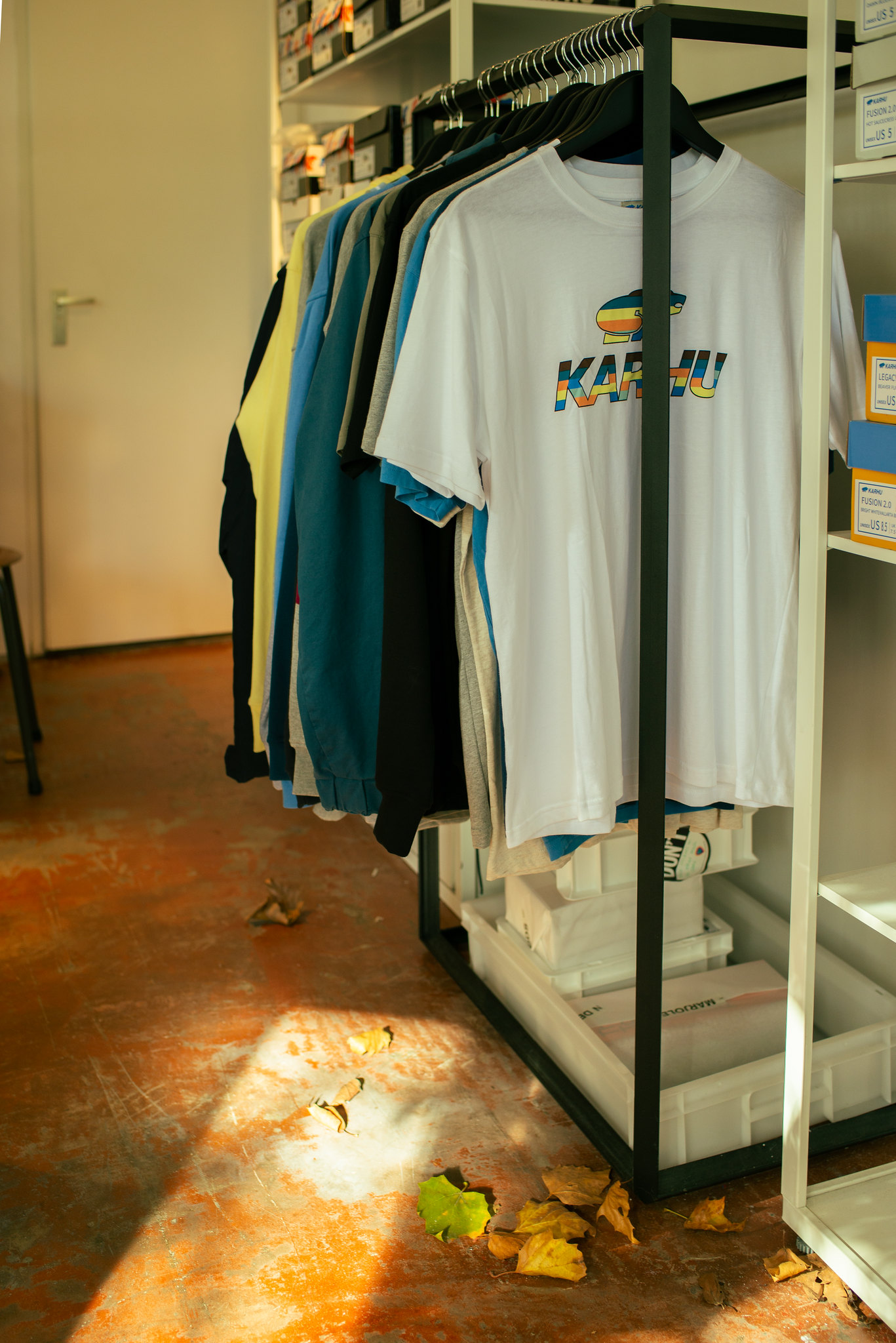 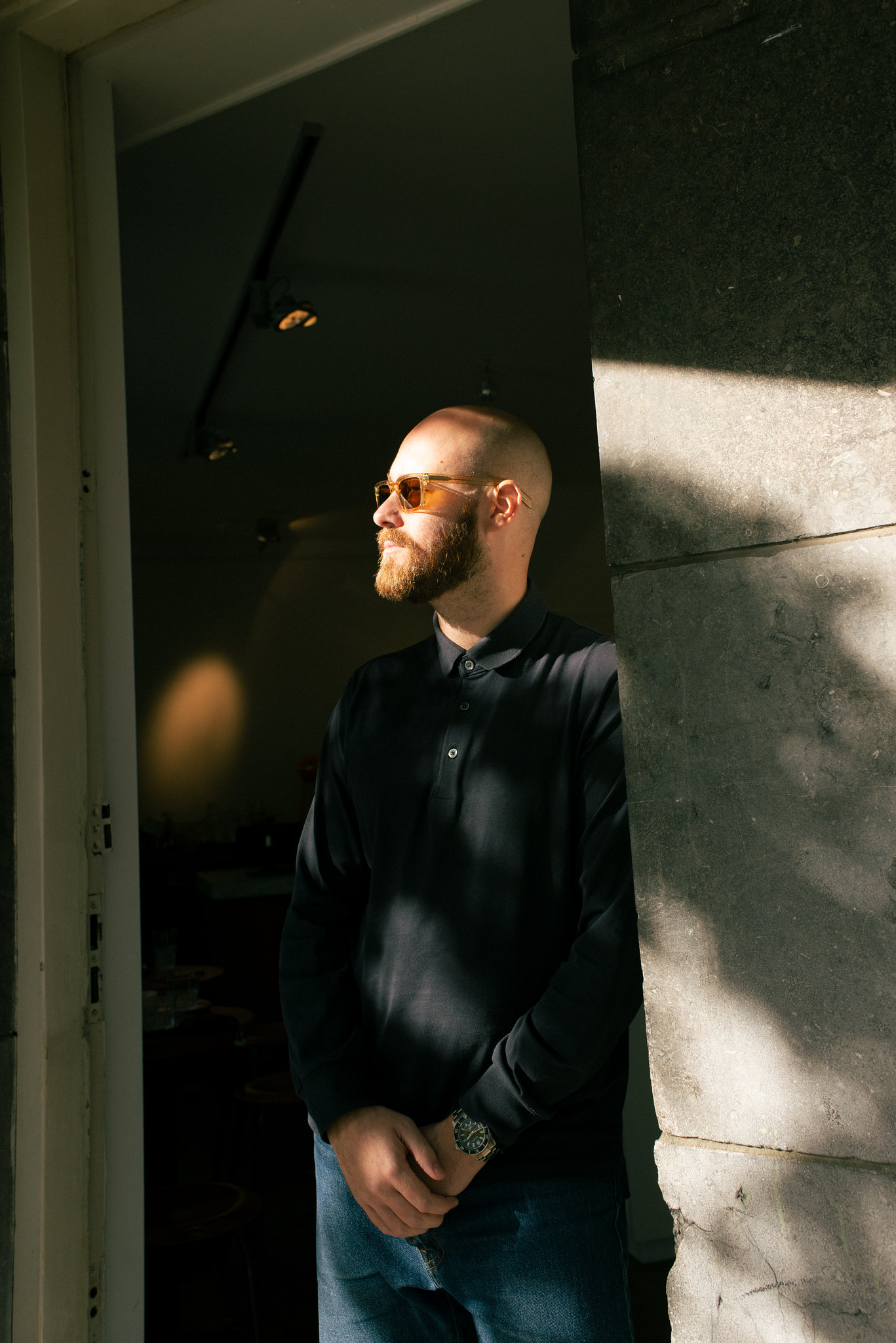 " It turned out to be just a huge grass field with a big tent and some cars around it, which was for a student association. We broke the tent down, figuratively and literally, because people just went ham."

Opening, I think that the more you get booked for either opening or closing, the less you get to the other one, which for me is opening. I think they're essential for the beginning of the night and I like doing them.

A couple of gigs in Annabel B2B with Ferdows, as well as on the 25th of November, we have another Absalom party coming up that I've been organizing in Lillith.

December also has some special gigs in store, On December 9th, we have a party at the Van Nelle factory, and we couldn't possibly forget the 25th of December: Sjansie Dansi in club Vibes!

What are your top 3 parties of all time?

1. Diesel Island Party, 2010 in Mirandabad, Amsterdam. A party which a selected group here in Rotterdam will have as their nr. 1 as well.  A party by Diesel where they took care of absolutely everything, free drinks, no traveling costs, etc. Thanks to Jeff Solo, I was able to organize the bus to get a select group of Rotterdammers in to go to Amsterdam, It was just insane.

2. Lowlands 2017, the first or second to last edition before Covid hit.

3. The first edition of Niko in Annabel. It was great to start a new party in a new club. everything was fresh, the sound was great, a bit Boiler Room-esque, and with 1500 people on a Thursday night. It was great.

What can we expect from your set at Operator?

I've already been scrolling through my playlists! We're going to keep it vibey, fun, and cozy, the days are getting colder so we won't make it too crazy, but it will be fun.

Buy your sneakers at Woei! 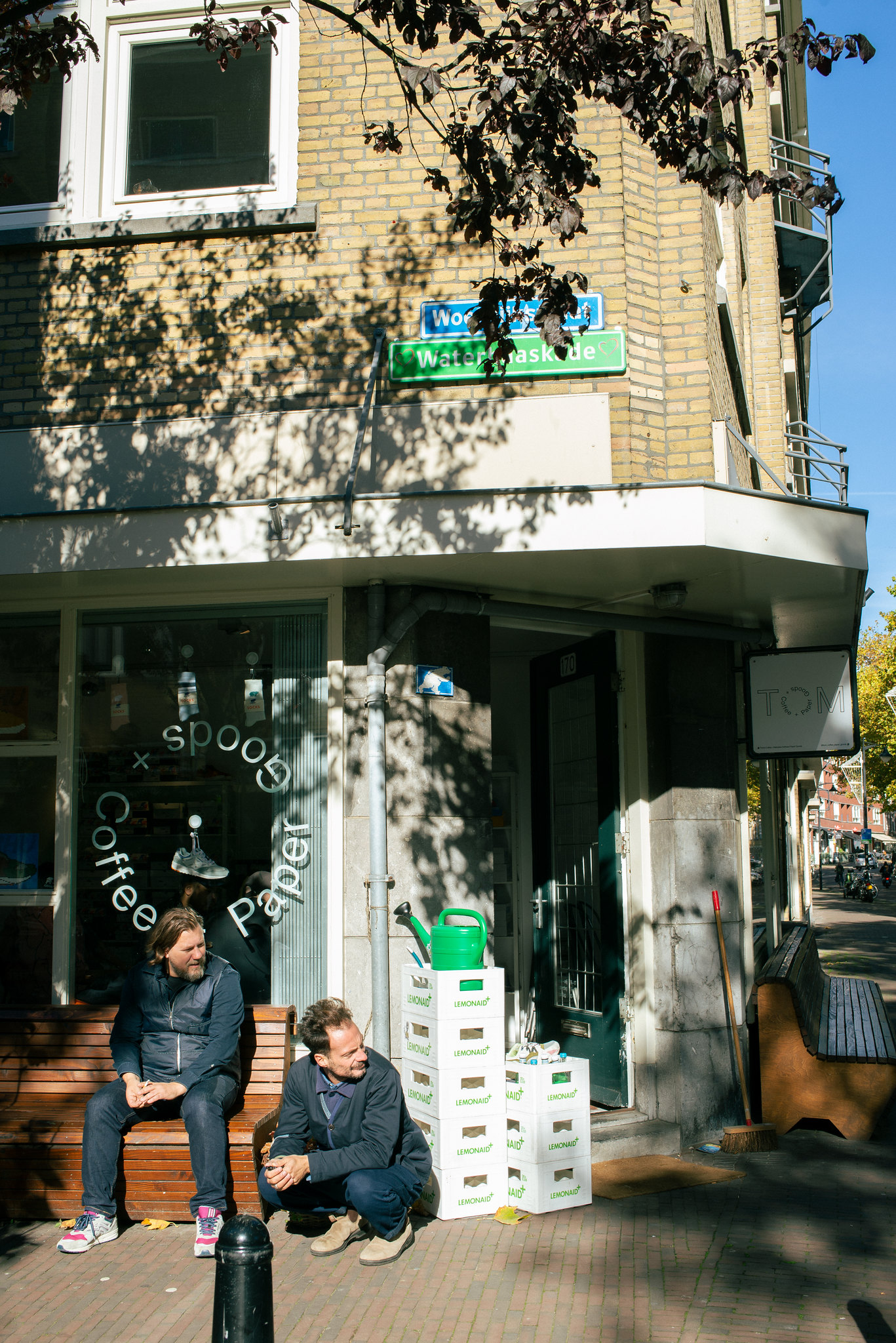 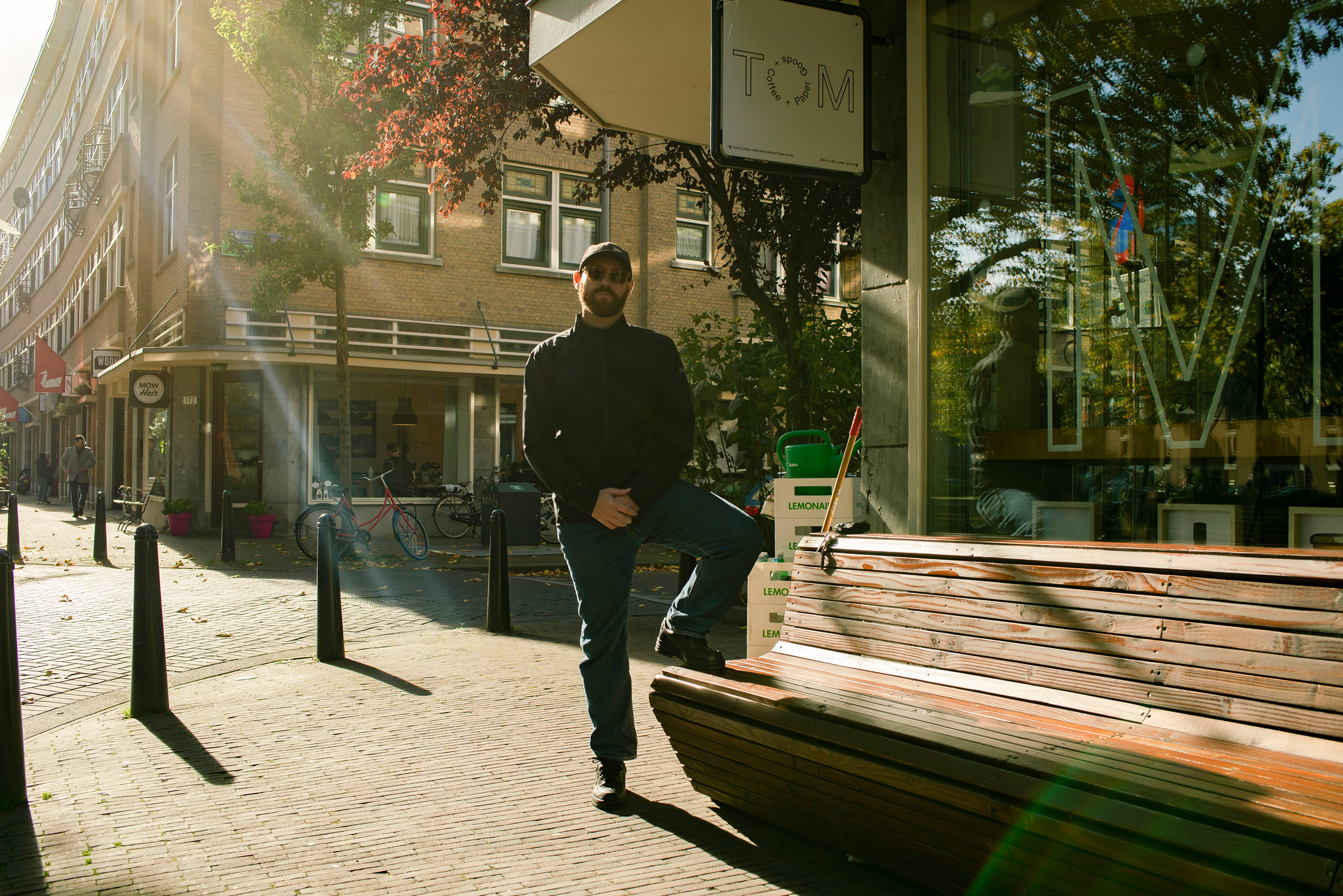 Can't get enough of WOEI FM? Check out WOEI FM #21 with Darryl Antunez!