Fibs, born and raised in Rotterdam, is a sneakerfreak. For the last eight years, he used to live right across the street of the Woei Store. So you can imagine he was more than just a familiar face to us.
With much pride, Fibs works in the harbor of Rotterdam, a job that makes it possible for him to maintain his love for sneakers.

His love for sneakers started the moment he walked into a small streetwear-boutique called Lijfstijl in the early 2000s. This was one of the very few retail-stores in Rotterdam City where you could grab special shoe-releases. He soon discovered the sneaker culture through internet-forums like Lacebag and ML75. These were some of the most popular online platforms in the Dutch history of sneaker culture back then.

We are curious; What is Fabian’s top 3 sneakers?

I lived right across the street of Woei and then, of course, you need to have his collaborations! This shoe is one of them, and to me, this one stands out from the other two Asics-collabs, which I also own. But what I dig about the “Vintage Nylon” is the sporty look it gets due to the combination of colors and materials. Which also makes it a lot easier to wear! 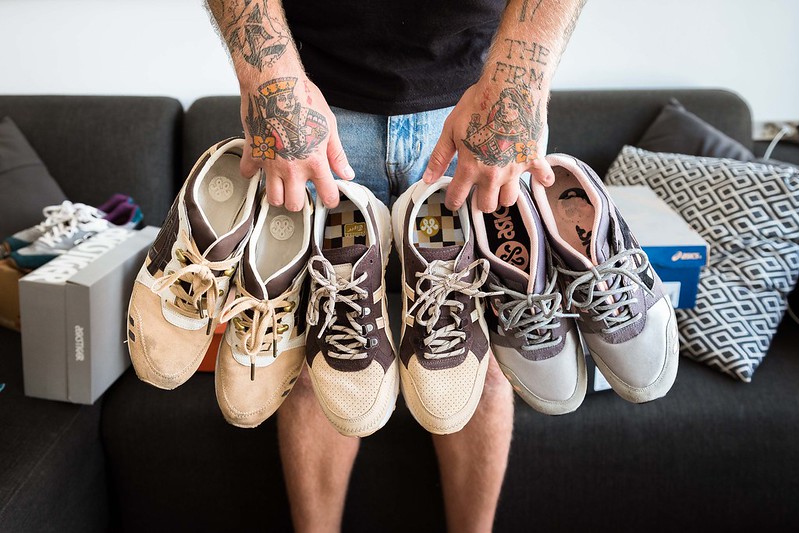 When I started to get into the sneaker-fever, this shoe was the first expensive purchase I did: €250,- This pair was worn like twice and still had all the titties on the soles. For me, it has the perfect combination of colors and materials. All in all, one of the best Nike air max 1’s ever made. 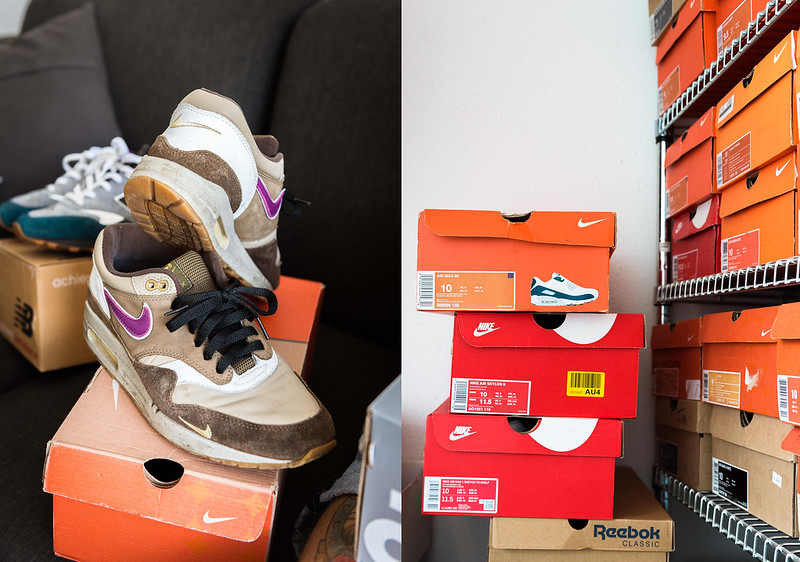 One day I entered the Rotterdam-based store called Lijfstijl (which is now closed), and I instantly loved the whole vibe there. Not long after discovering them, they released this sneaker called the Kakkerlak, which is a nickname for Rotterdam citizens. So as a real Rotterdammer, I needed to have these. I camped for two days in front of the store with a whole bunch of friends that I met through a variety of internet-fora like Lacebag and ML75. This shoe also became an inspiration for one of my tattoos! 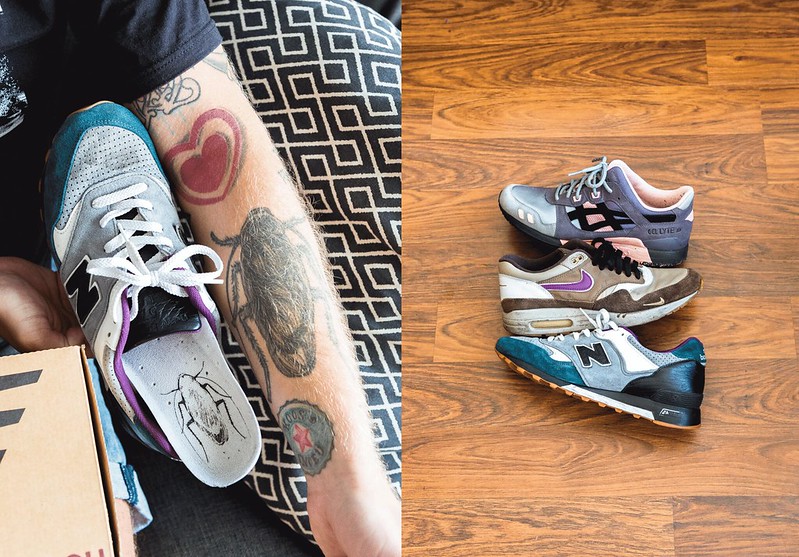 "This shoe also became an inspiration for one of my tattoos!" 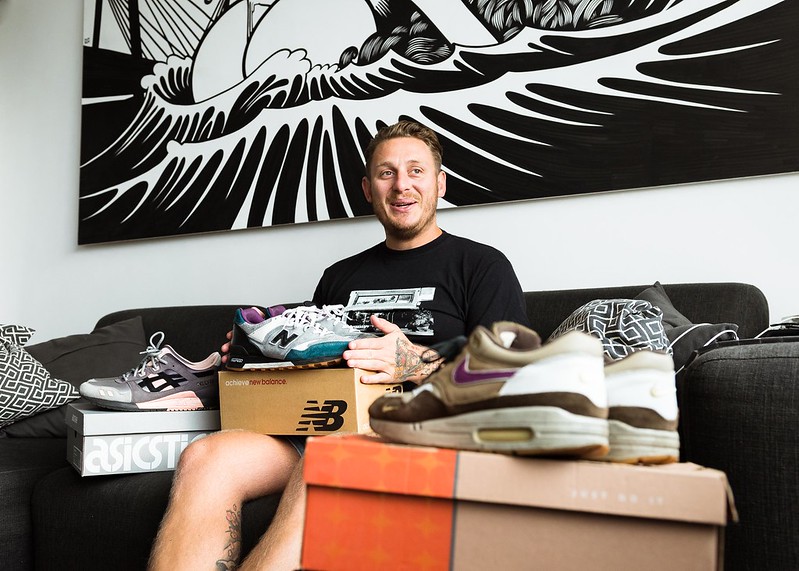