For WOEI FM episode #9 , we caught up with Nevill Mitchell to talk about all things music, his time at the MOOVMNT collective and his DJ routine. 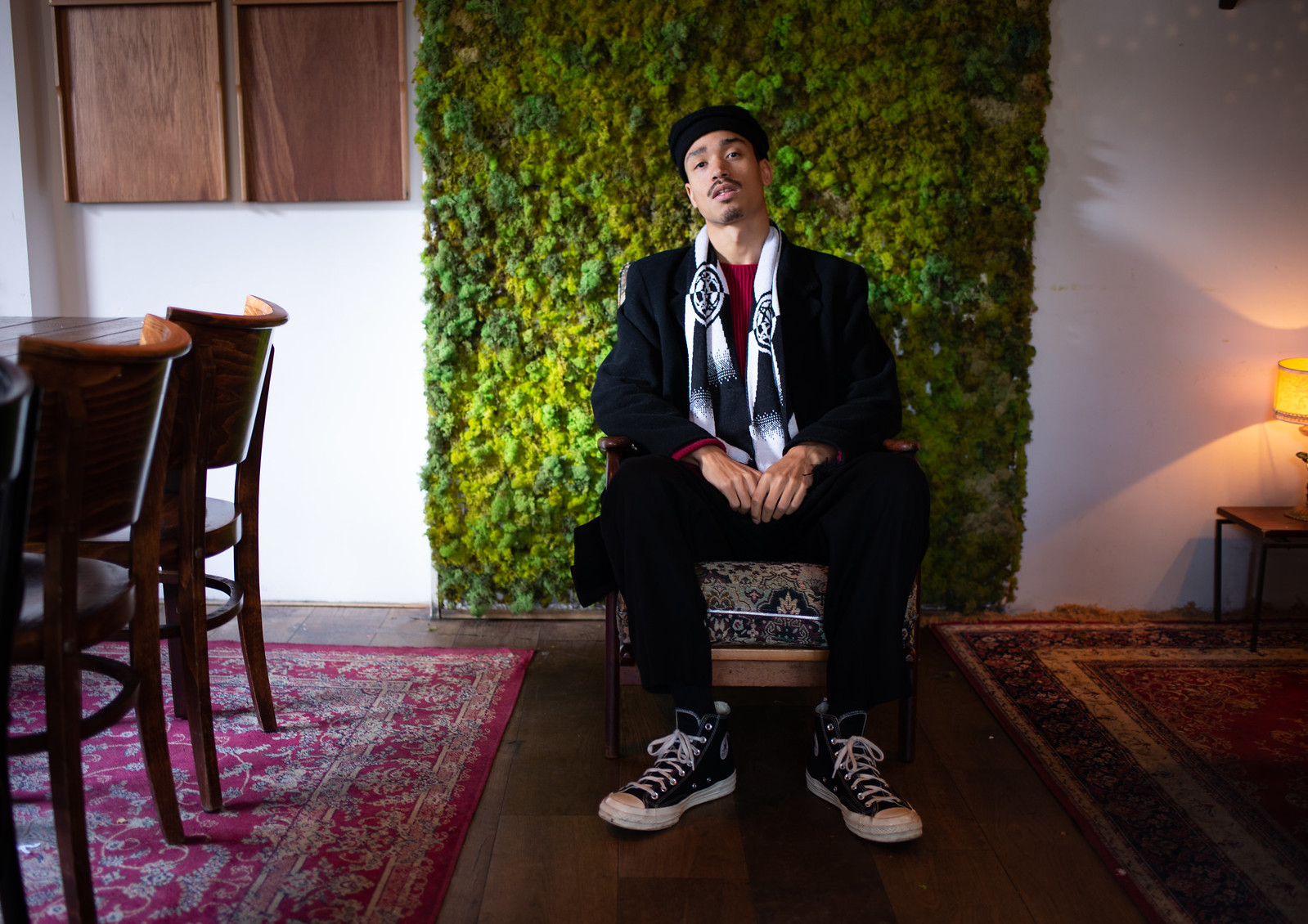 For our interview with Nevill, we sat down at "De Huismeester", which is located in Meent, right in the heart of Rotterdam city center. Even during these uncertain times, the cozy, homely atmosphere and charming staff let us take our mind off of things and focus on our chat, while we can enjoyed one of their delicious cocktails and mediterranean dishes.

My name is Nevill and I'm 35 years old. My dad is from Surinam and works as a sound engineer while my mom works for marketing companies doing operational tasks. I grew up in Spangen and Rotterdam-Alexander, together with my two older brothers and a younger sister.

Most likely, you can find me in the studio making music with friends. Other than that, theres a decent chance that you might catch me in the kitchen whippin up some Surinamese dishes. My family is big on cooking together, so I really appreciate a good meal with family and friends. Although I'm not the best cook myself, I do know how to make some Surinamese classics since I learnt from the best, a.k.a. my grandma and mother. I like to compare cooking to DJiing, because in a sense, you use different ingredients or records to create a nice dish or set.

Right now, I'm also spending a lot of time on spirituality and investing in my own state of mind. During the last 3 years, I used to meditate a lot, but right now, I lost my routine a bit so I'm trying to get back into it. Besides that I listen to music every day. I'm in the middle of moving situation right now so i don't have all my records with me. Otherwise, I'd be listening to an entire record during the day - from A-side to B-side. It helps me to study my records, especially the unknown tracks on the B-sides. Most of the time I wouldn't pay attention to those since you need to be in a specific mood to play them.

Starting when I was 7, I was already picking and arranging CD's that I liked and disliked from my dad's collection. I still got pictures of this particular moment. My dad was a sound engineer so there were a lot of musicians coming to our place. Basically, you can imagine my house as the meeting point of many many creatives. At some point, I got a saxofon and a drumkit. I then toured together with my dad and the Surinamese band Trafassi when I was a kid. He even took me to parties!

My dad had a huge influence in my music taste, but didn't show me how to play an instrument. I listened to a lot of Latin music, Surinam music, African music, Soul and Funk at my place - everything except hip hop. Although my dad didn't teach me how to play an instrument, he did teach me the  technical aspects of music production. My curiosity for production roughly coincided with me discovering hip hop at my cousins place. He used to watch "Yo MTV Raps" all the time and was straight up hip hop. Thats how I connected with the genre audio visually. I got more and more interested and began taping DJ sets at clubs like Imperium and A20.

While growing up in a family that always appreciated and listened to a lot of music has certainly laid the foundation of me wanting to do something in this direction, it wasn't until I started recording these DJ sets at clubs and getting more curious about DJing that I knew, I wanted to do something in the industry and become a DJ.

wanting to do something in this direction, it wasn't until I started recording these DJ sets at clubs and getting more curious

about DJing that I knew, I wanted to do something in the industry and become a DJ." 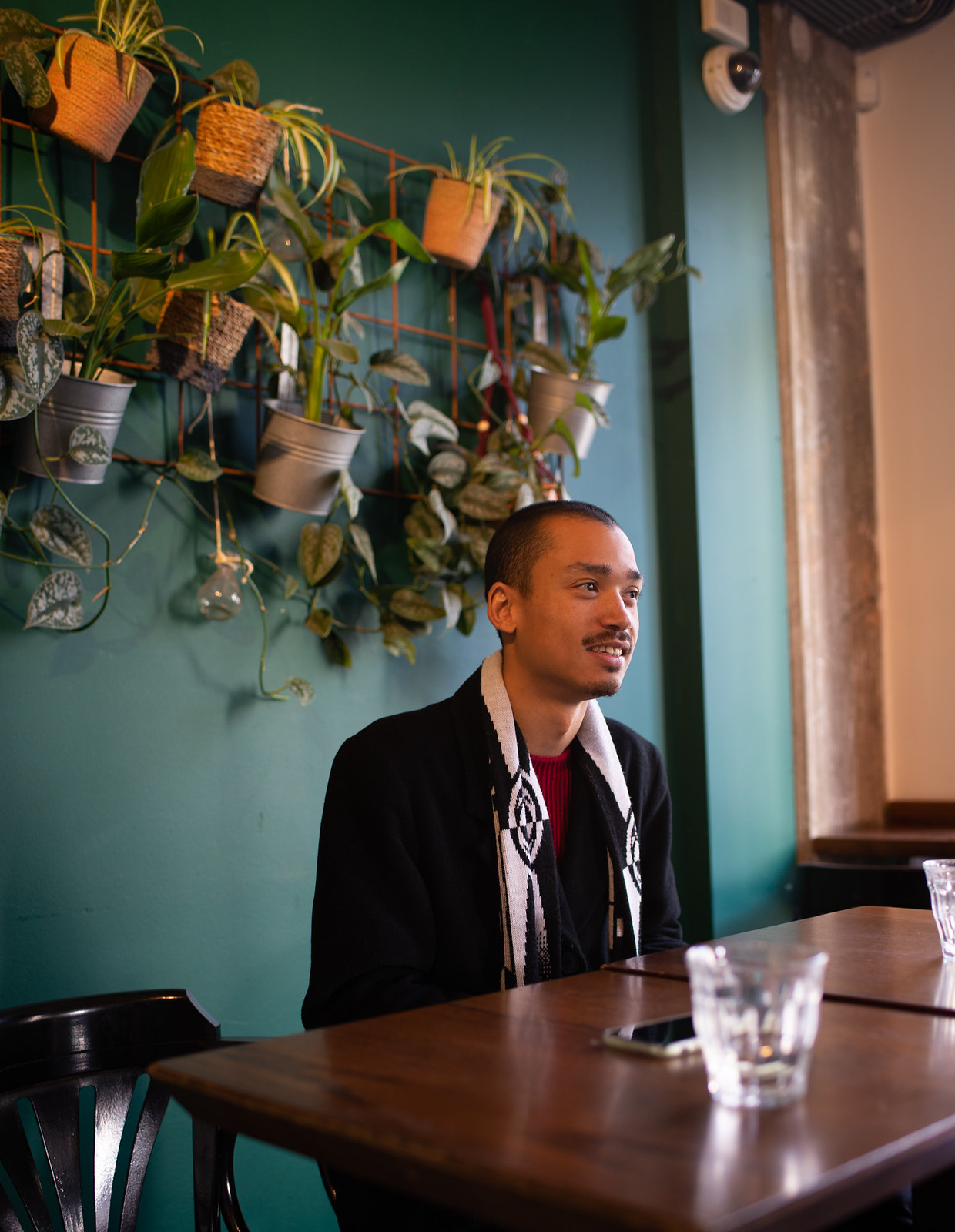 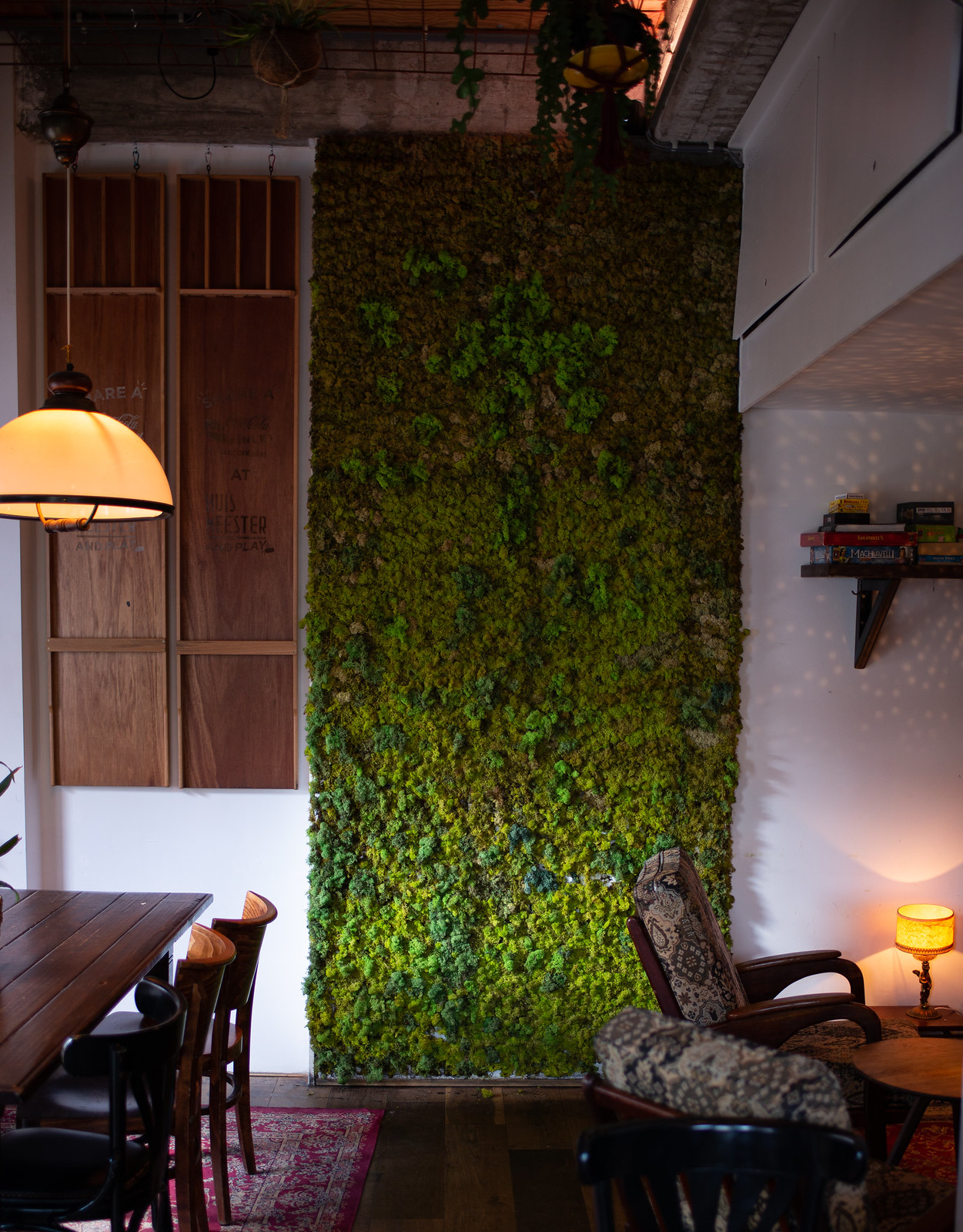 Right now, I'm a little less involved than I used to. I've been collecting vinyl's for 15 to 20 years, and at some point I just needed a fresh impulse and wanted to try my hand at something different. So I sold a lot of my records to fund new endeavours. Don't worry, I still got a big collection of records in my basement thats currently collecting dust. It's a shame because the records deserve to be played and enjoyed by a crowd!

I think that my passion has shifted from me sharing music to me taking a step back and rather creating an environment where others can share their music with friends and family. Back in the days, a couple of friends and I had already played around with this, since we owned a small club in Schiedam where we used to throw "Paradise Garage" parties. The venue was an intimate place for 20 or 30 people: It felt like a house party where everyone could play records if they wanted to and others were cooking food in a different corner of the place. Everything was super intuitive. We even had people playing instruments during DJ sets! Closing time was whenever we wanted it to be, and sometimes, we didn't feel like stopping until Sunday night!

We even had a small meeting room where you could just sit down in a cozy sofa and discuss things like music philosophy and DJ sets. I still remember one discussion we had about how messing up during your DJ set wasn't anything bad, but rather a sign of your willingness to take risks. I'd love to have this kind of setup again - a small venue, very intuitive, people enjoying themselves through shared music, food and conversations.

I pick a lot of opening records to clear the set or to ensure a smooth transition to the DJ before me. This is very important to me because I play based on intuition without a set gameplan in mind. I also have around 3 records that fit together in case I get lost in my set. These records always help me get back on track. Storytelling is import to me as well. It has to fit to the venue and the theme of the party. For example I had this agreement with my guys that we'd only play Diana Ross – It's my house if we had a resident spot in a venue. 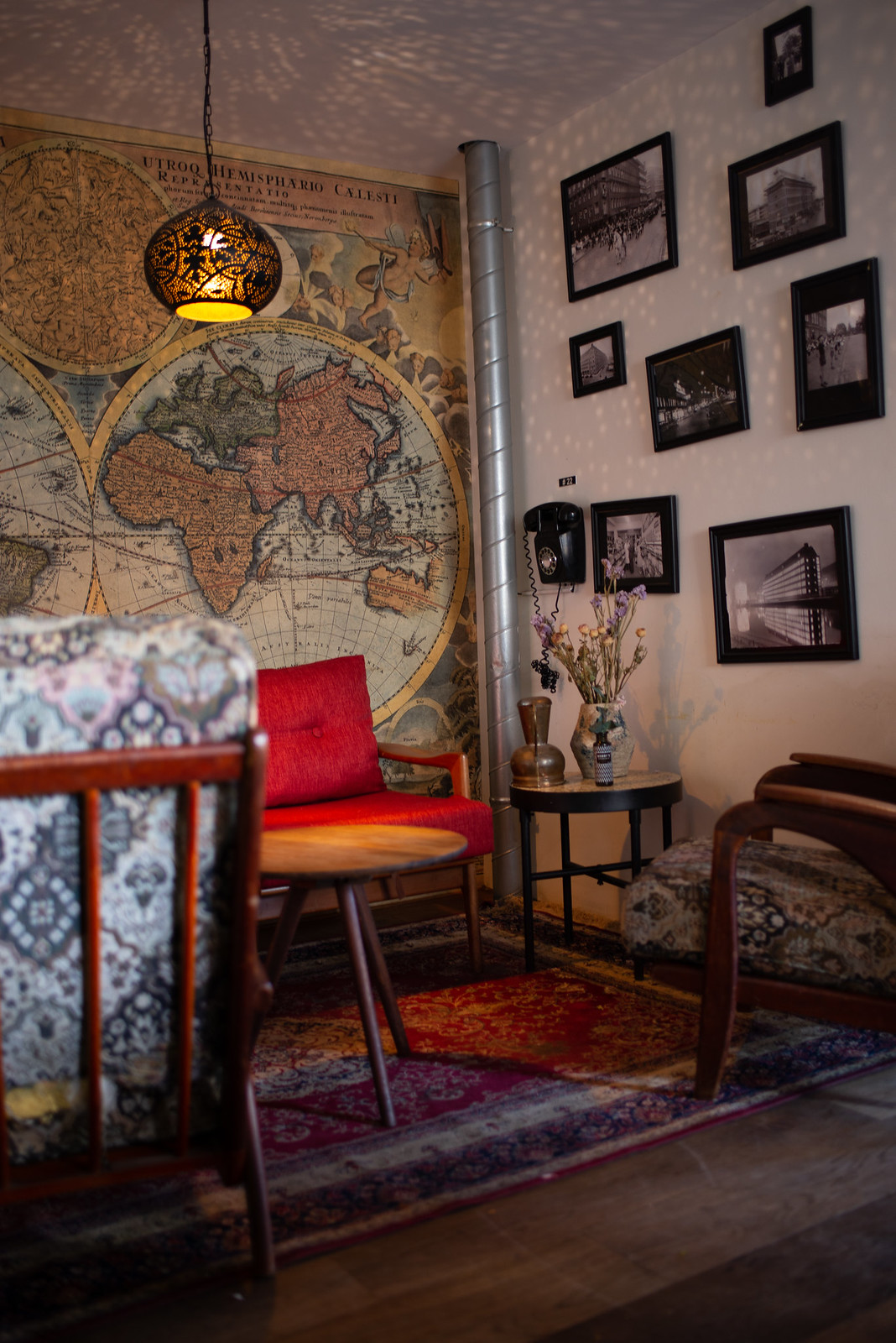 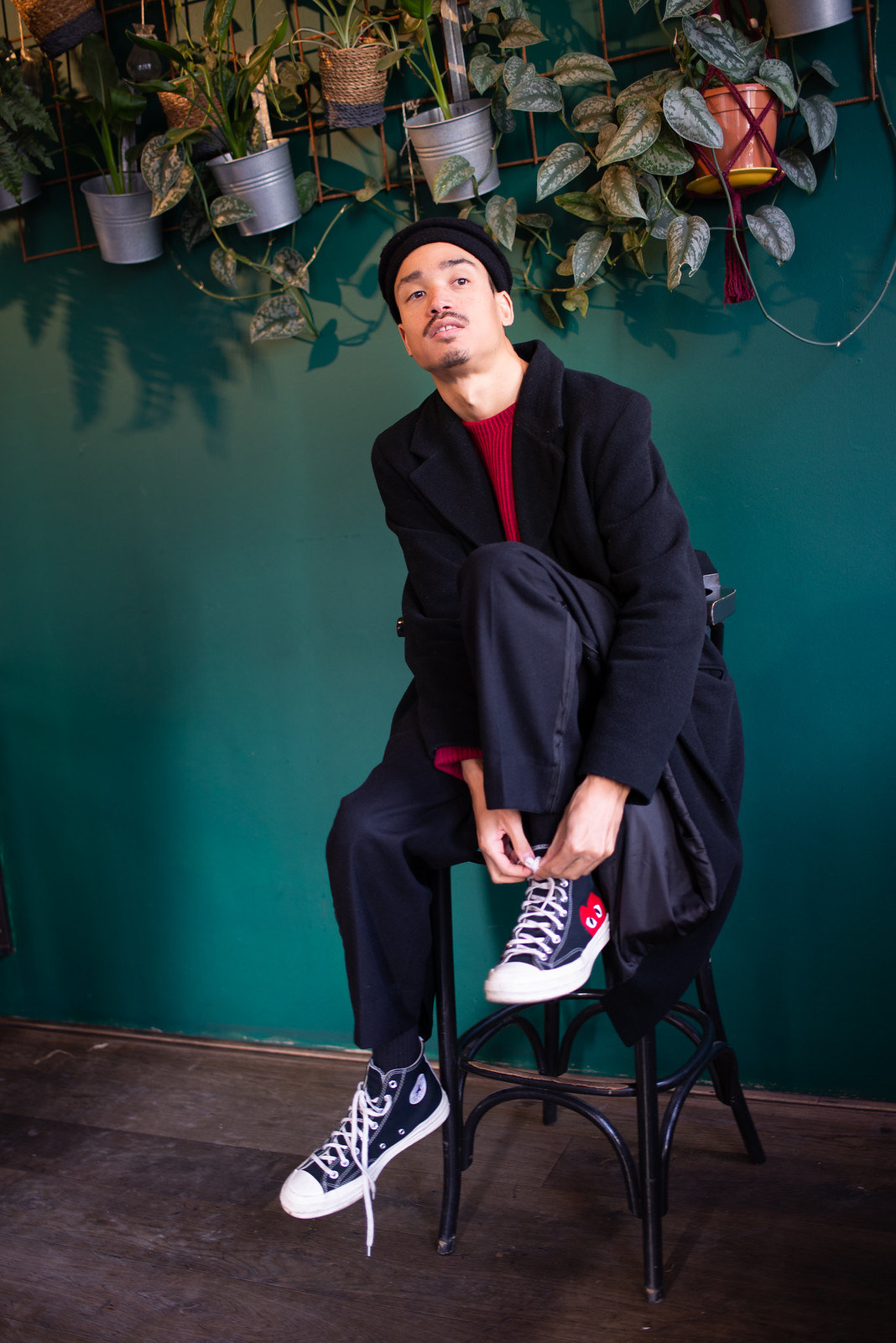 "The venue was an intimate place for 20 or 30 people: It felt like a house party where everyone could play records if they

wanted to and others were cooking food in a different corner of the place. Everything was super intuitive. We even had people

playing instruments during DJ sets! Closing time was whenever we wanted it to be, and sometimes, we didn't feel like

You used to be part of "MOOVMNT" producer collective. Can you tell us more about how that started and your experiences as a member?

So MOOVMNT was a producer collective that two friends of mine started. I joined them in 2007 and was an active member until 2014. I wanted to express myself creatively and share experiences, so I started writing on the blog about my daily life in Rotterdam. After a while, I started writing in-depth articles about music, for instance about us noticing the beginning of a new trend within the hiphop genre and how that trend impacted hiphop as a whole. Over time, we amassed a pretty decent following from LA because their sound had inspired a lot of upcoming artists in the Netherlands, like Full Crate & FS Green, Hayzee, Zwart Licht. Both Rotterdam and LA informed each other when it came to music, beats and flows, there was a steady exchange between the two cities.  I'd say that the common thread were legends like J Dilla or Talib Kwali that everyone looked up to, but also the 8 bit sound from computer games. We kept on growing as a collective and platform for likeminded people to share music to inspire others. Compared to other platforms like Colours or Soulection who were also growing rapidly at the time, we had no business model, which is probably the reason why our platform stopped. All-in-all, it was a fantastic time though. I got to meet iconic artists like Madlib, Q-tip, Moodyman, Theo Parrish and others through MOOVMNT by interviewing them. The collective was 100% passion project and wasn't made for commercial success. If you ask me, the experience I got from it was totally worth it though!

To me it's all about the sound system and the environment of the venue. I would say Plastic People in London would've been my dream venue to spin at but unfortunately it doesn't exist anymore.

That would have to be Pharoah Sanders - The Creator Has A Master Plan, simply because Gods plan is part of a bigger plan. 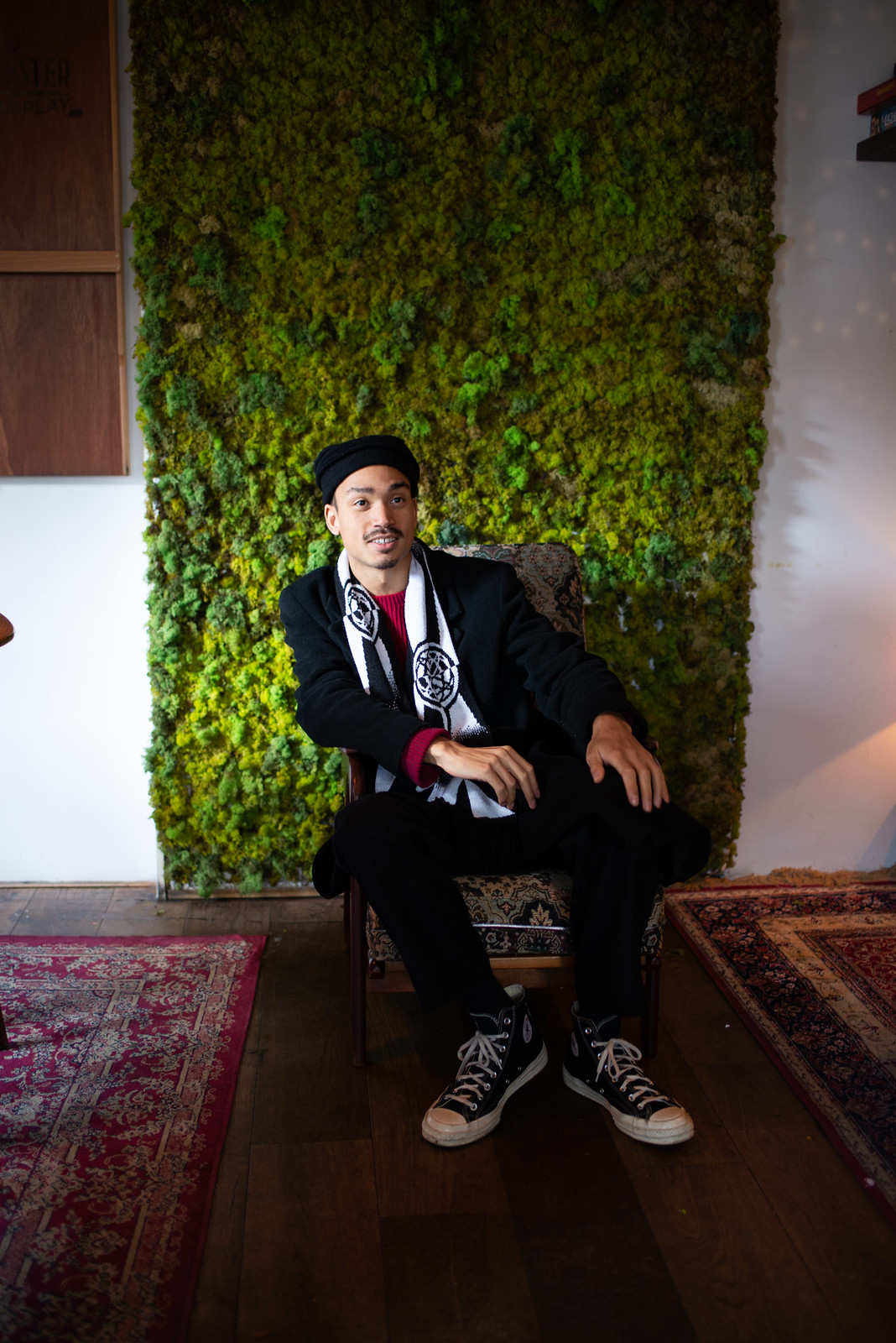 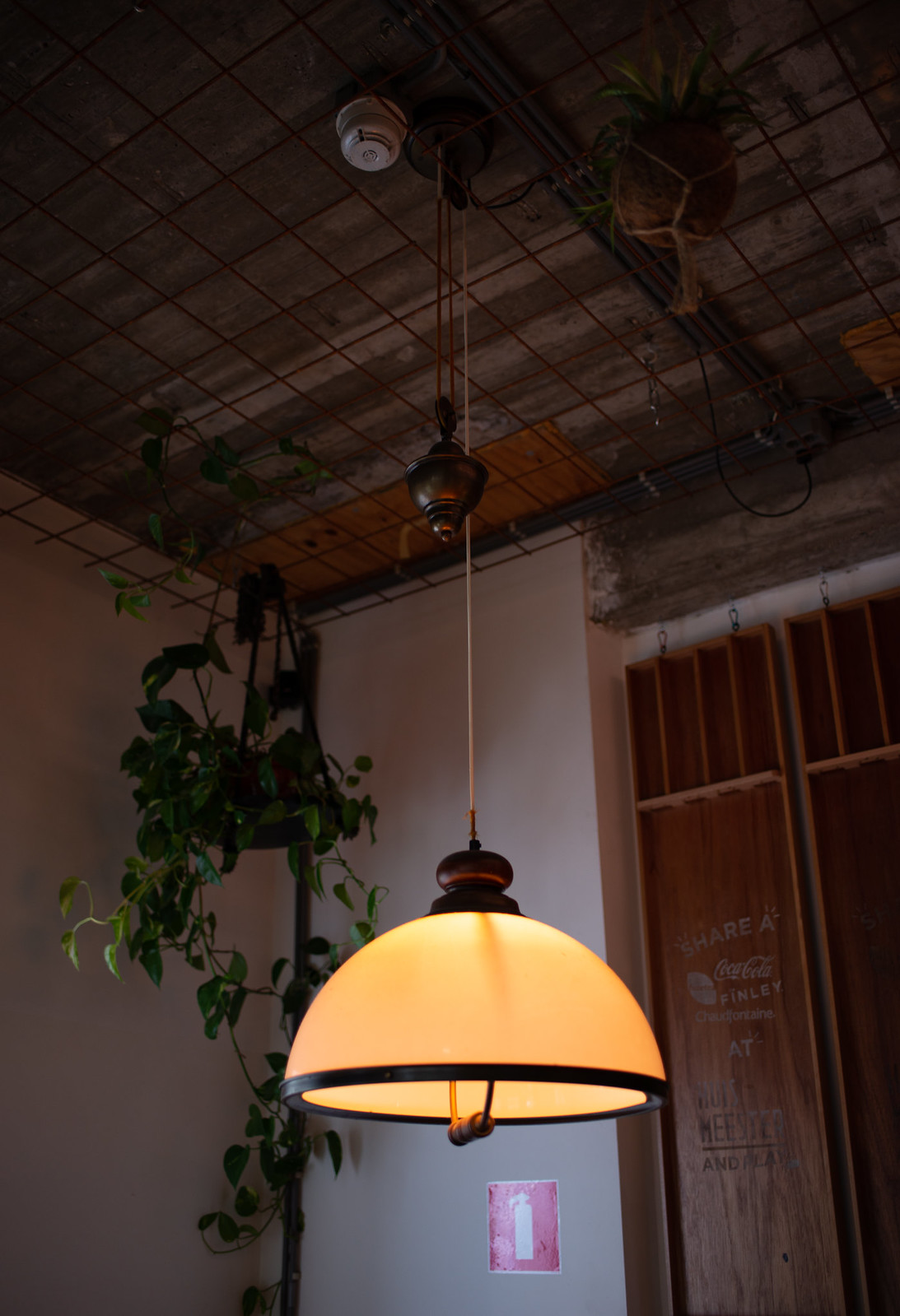 "All-in-all, it was a fantastic time though. I got to meet iconic artists like Madlib, Q-tip, Moodyman, Theo Parrish and others

through MOOVMNT by interviewing them. MOOVMNT was 100% passion project and wasn't made for commercial

success. If you ask me, the experience I got from it was totally worth it though! "

Click here for Nevill Mitchell his set on Mixcloud!

Can't get enough of WOEI FM? Check out WOEI FM #8 with Riv!