From cleaning the windows to manning the register on weekends, taking a lot photos and showing the WOEI crew how delicious the filled paprika from the Russian store is, Natsuki did a whole bunch of things behind the scenes at WOEI. Originally coming to Rotterdam for his university studies, he found his true place at Rotterdam's most iconic store in 2017 and became a core team member until he graduated and moved on to Tokyo in November 2020. Since then, he's putting all the creative, sneaker and streetwear knowledge he accumulated at WOEI to good use as the senior editor of Tokyo-based sabukaru.online magazine and creative agency Bianco Bianco. Having experienced everything the store had to offer, from limited edition releases with crazy queues, the caffeine rush after the 4th coffee from Harries all the way to the legendary WOEI parties and much more, he's still closely following all the moves the WOEI crew is doing from afar.

We are curious - What are Natsuki's Top 3 sneakers from his collection and more importantly, what are the stories behind them?

A truly timeless pair of shoes if you ask me. This sneaker ticks all the boxes for me: Its versatile enough to be worn with Cargos or Denim, the branding is super low key to the extent that the Stussy logo is hidden in the insoles and the colours and material choice is subtle but top notch. The suede on this one is honestly buttery soft, just as you’d expect it from a “Made in USA” pair. While I do appreciate the versatility of a cream white colorway, I’m also a little paranoid when it gets to wearing them. I gotta admit that I watch my surroundings a bit (too) attentively and make sure that I don’t wear them when there is even the slightest sign of rain. I know shoes are meant to be worn and get dirty but would you honestly trash this one? Funnily enough, this pair released when I was an intern at the three stripes. I had just received my first intern pay check and was in a serious dilemma, asking myself whether it would be okay to spend my first adidas intern pay check on a pair of New Balances. In the end, I pulled the trigger and don’t regret my choice :’) 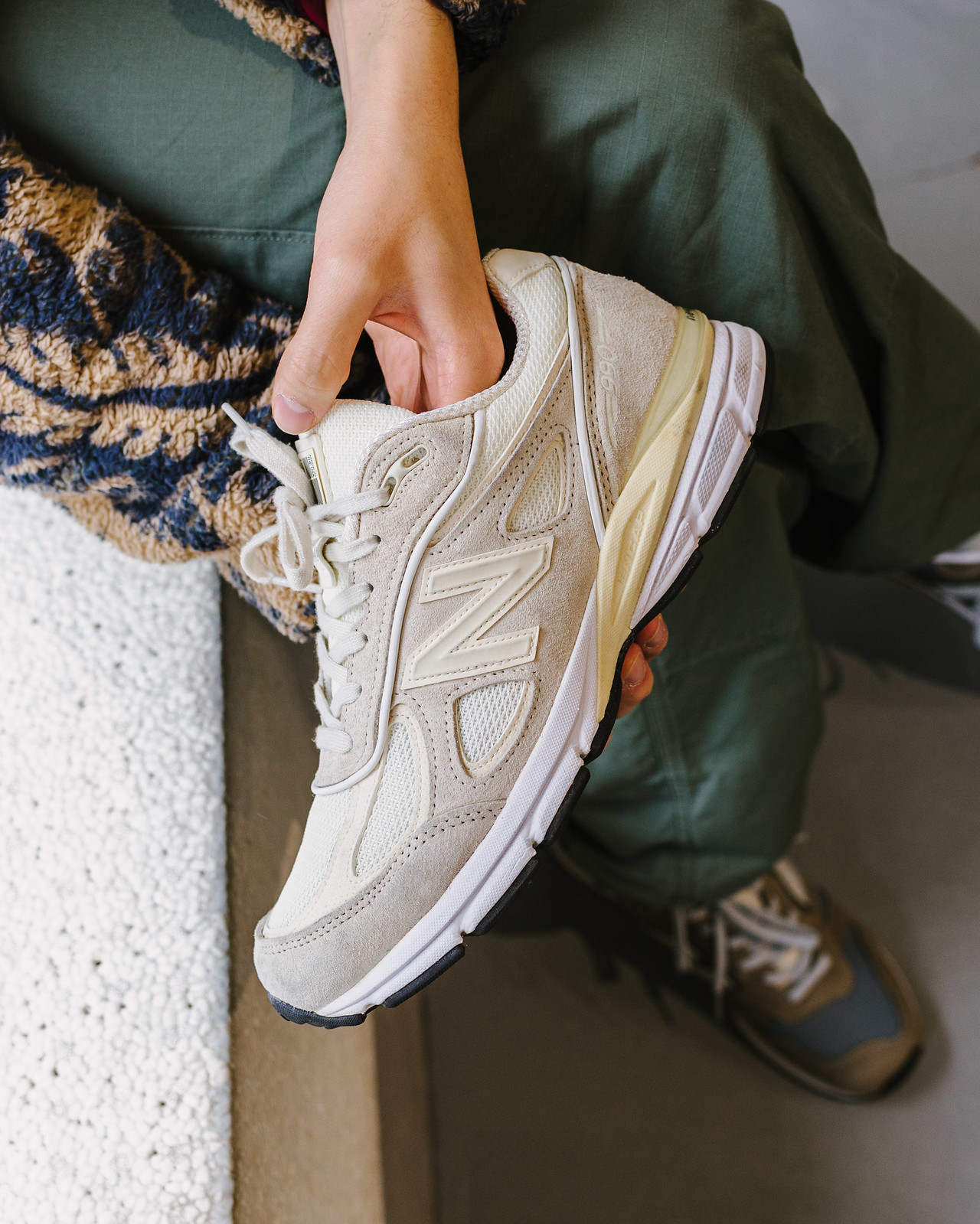 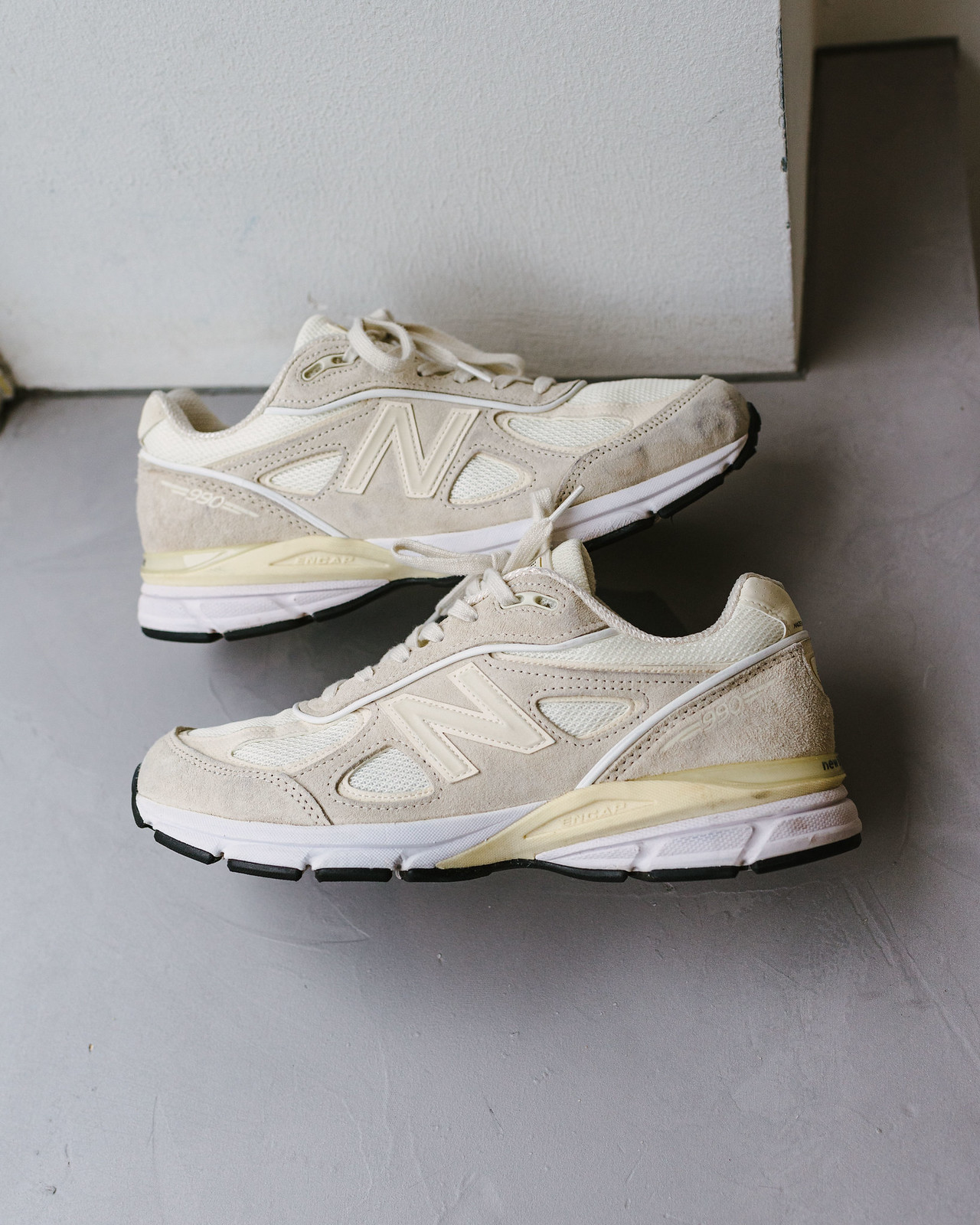 I still remember opening the shipment from adidas that contained the CP Company x adidas collection. While unpacking and carefully vetting all the items, I thought to myself that nothing besides the hefty price tags really stood out at first sight. But a few days later, we took the collection to the Feyenoord stadium to produce our own editorial for the collaborative release. It was one of my very first productions and we were a small but agile team: Roberto as head of production and location manager, Henno as stylist and model, my man Seb on the Film Camera and myself as photographer. I saw how Henno put on the grey Samba’s with yellow/orange socks and I was blown away. He made them look so effortless casual/terrace cool. My opinion on the pair changed completely and I snagged a pair the day after. I’m wearing this shoe pretty regularly to this day. Its such a beautiful and super wearable rendition of a true classic, where the devil is in the details: From the collaborative tongue tags, to the branding on the heel all the way to the signature CP cross stitching, you can feel how much love and effort went into this pair. 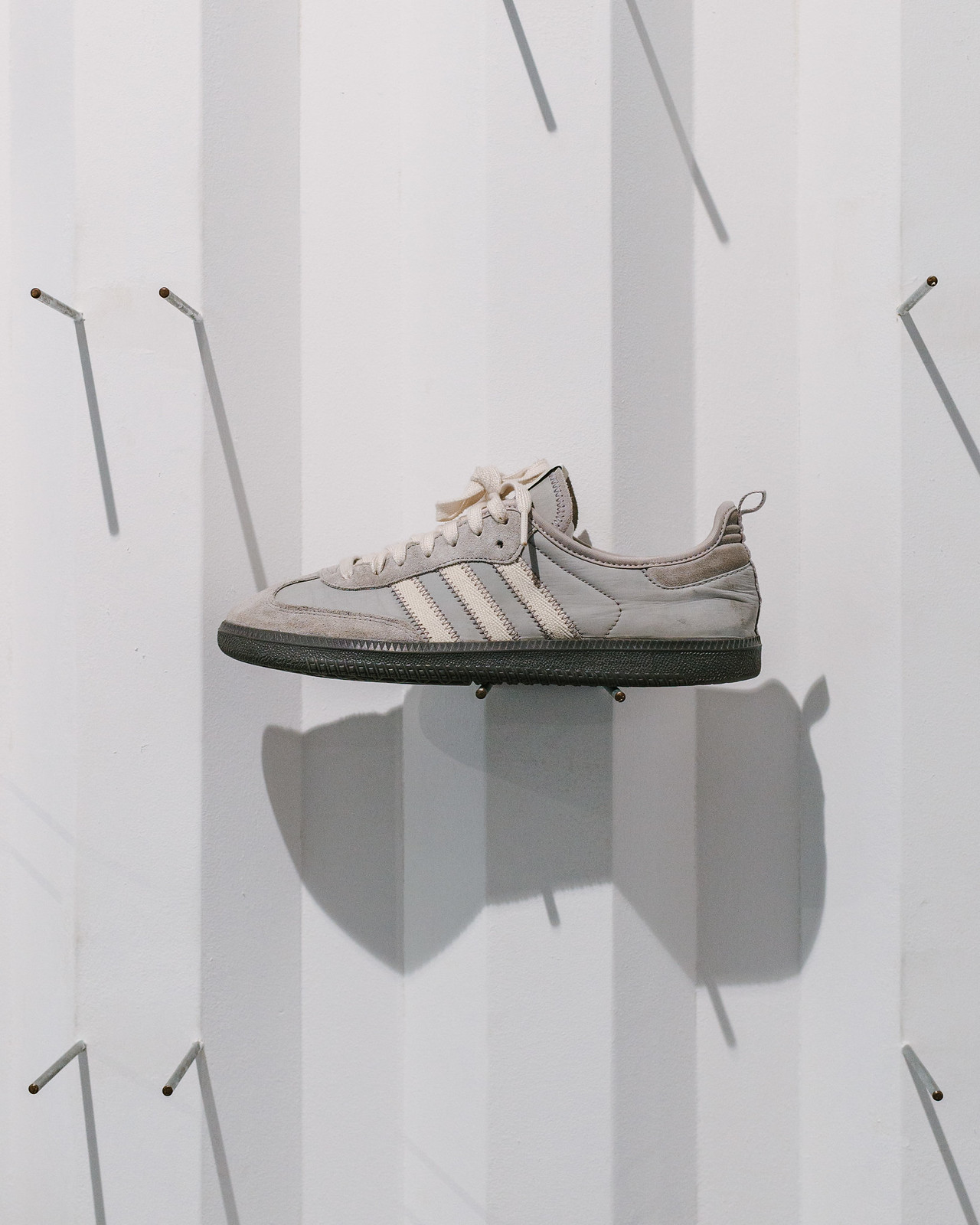 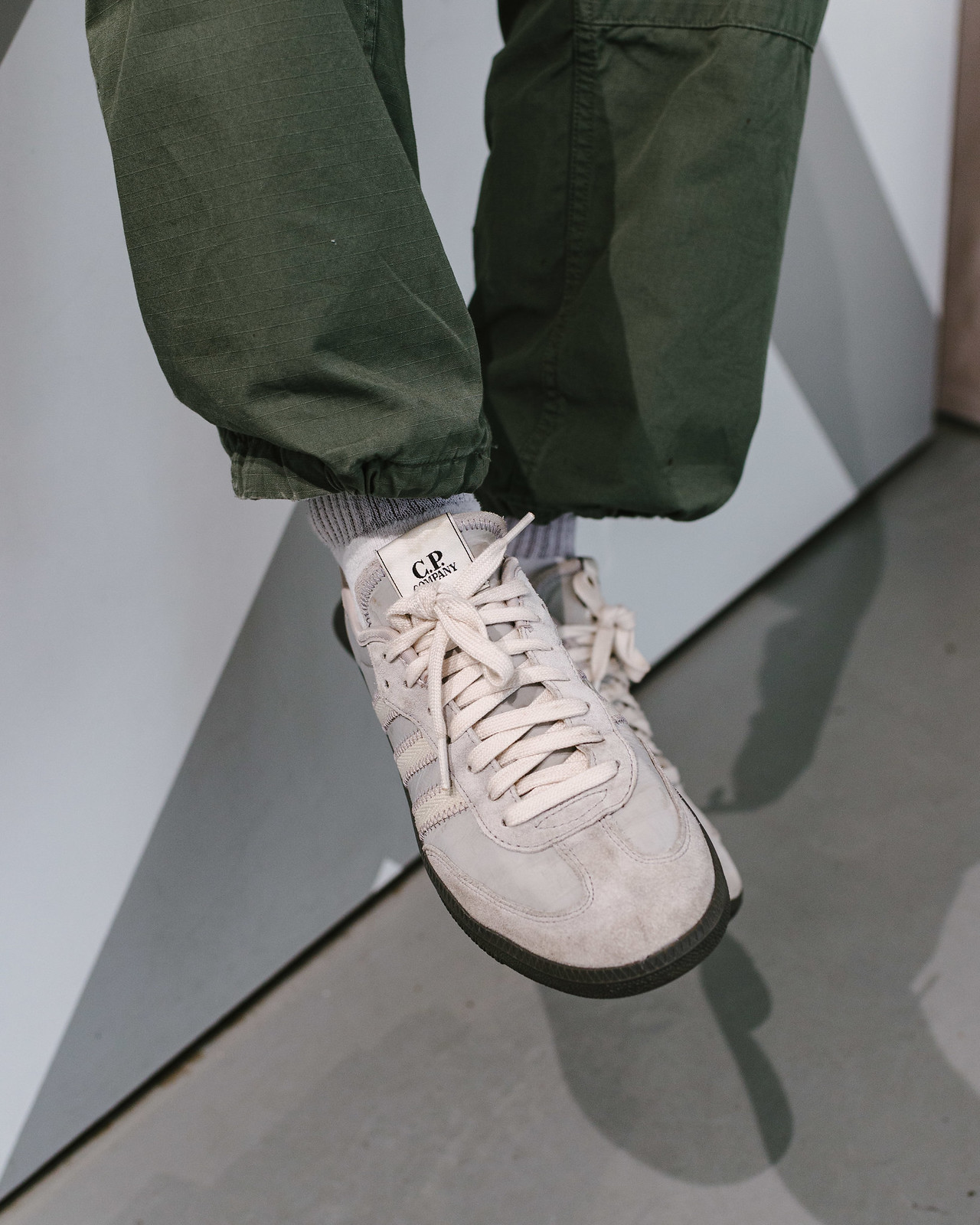 This one is very special and very close to my heart. I came across this rare beauty one evening when I was scrolling IG and saw it move along my timeline. I stopped scrolling immediately. From the techy early 2000’s running shoe silhouette to the wild red, silver and white upper, it quite literally broke out of the constant stream of popular sneakers you saw on IG daily. And then, of course there is the absolute highlight: The Rotterdam lettering on the tongue. I mean when do you ever come across a sneaker that literally features and spells out the name of your city?! This sneaker is wearable memorabilia to me and an amazing way to commemorate the amazing 5 years I spent in the 010. Massive shoutout to Dennis aka @zoozoostore for the hookup and throwing in a cheeky discount cuz he understood what this sneaker meant to me. 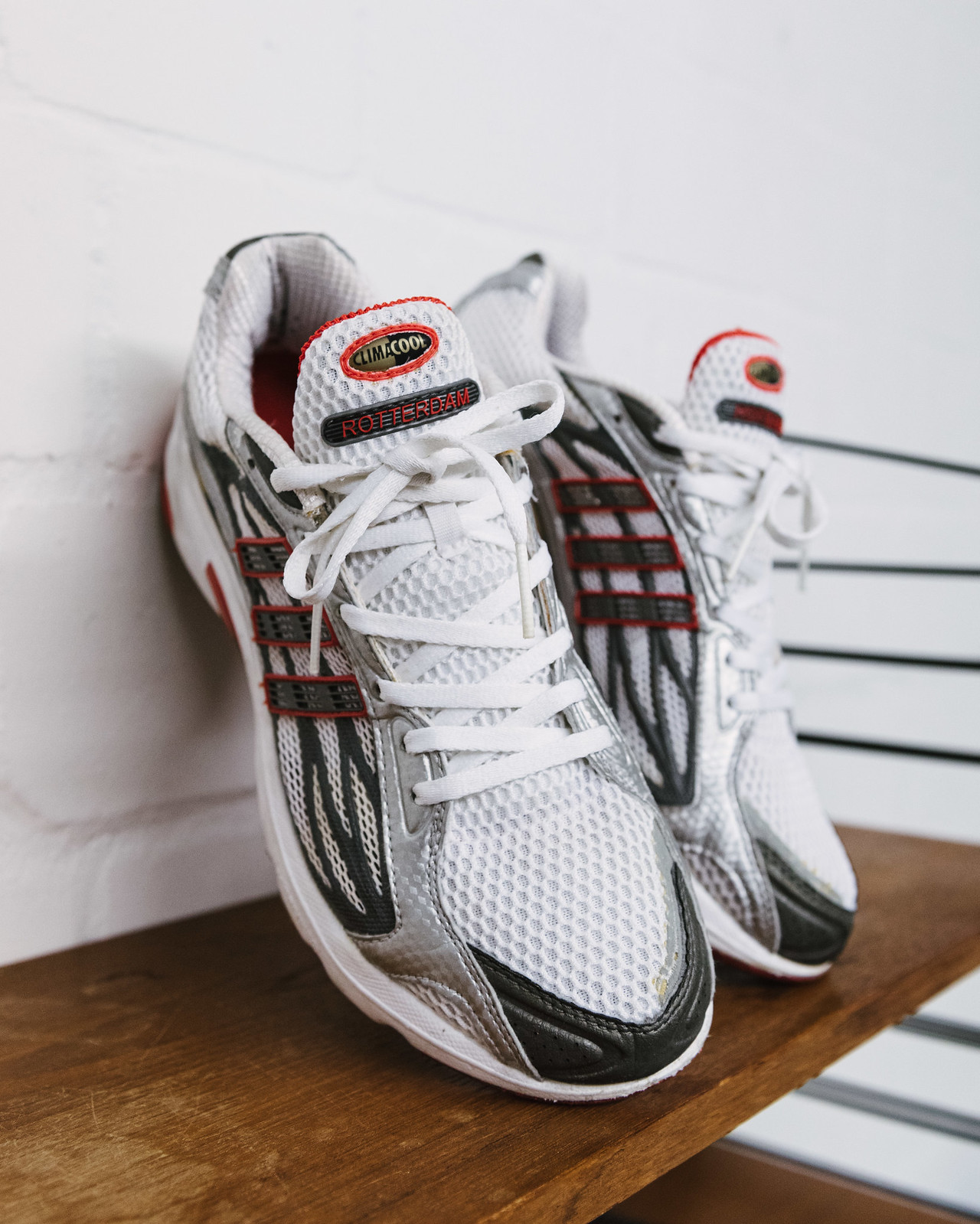 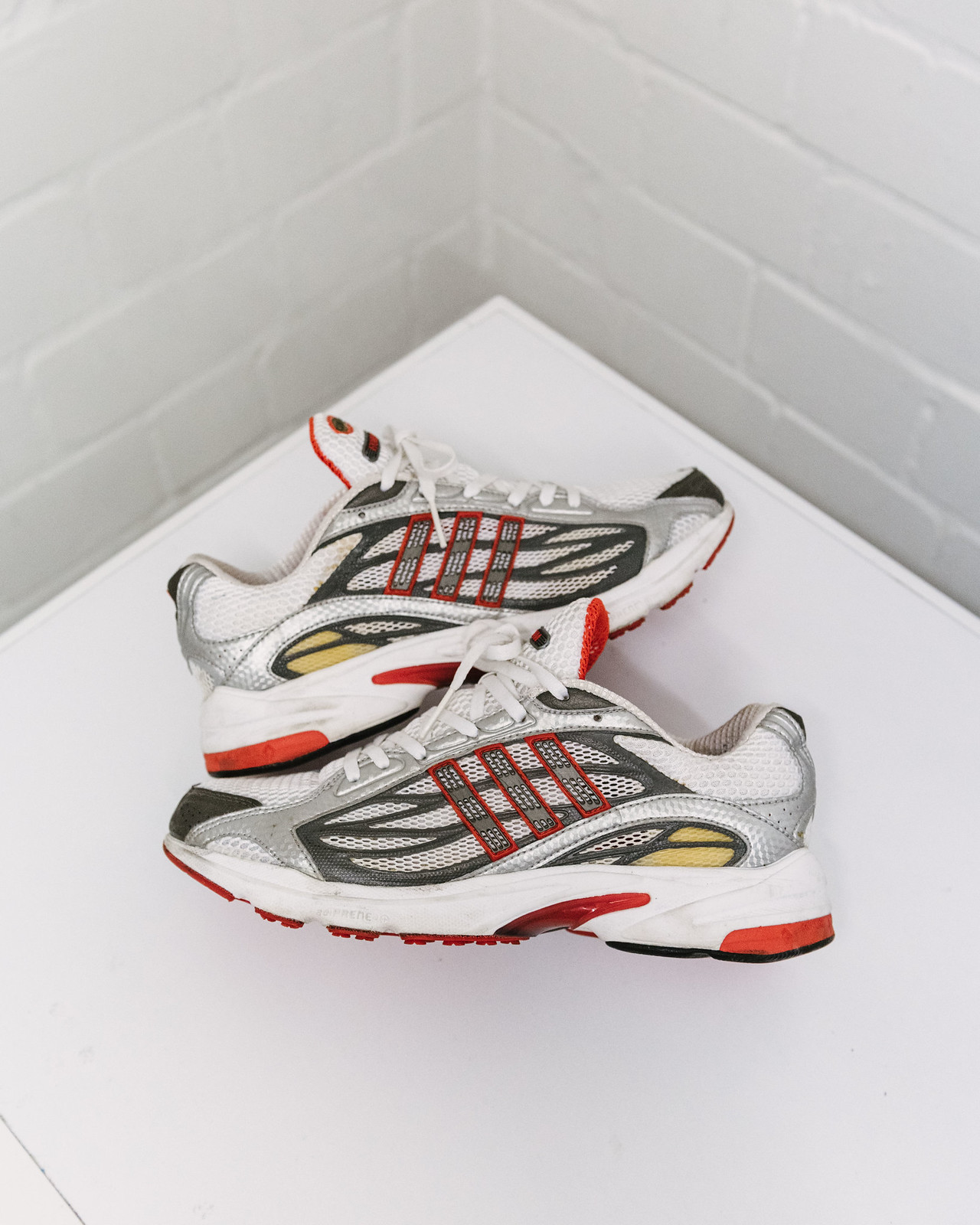 A seriously underrated pair that was gifted to me by the big boss himself. I know the big hype is around the Gel-Lyte III Cervidae, but I feel like this pair is comfortably cruising in the wind shadow of its big brother. Yet again, the colours and materials are off the charts with ridiculously soft leathers on the upper in different shades of brown. The more rugged outsole combined with the round laces and lace hooks give the Cervidae II a more outdoor hiking-ready feel, which considering the time of the release, was quite ahead of its time. I still throw this pair one every so often and cruise the streets of Tokyo with it. 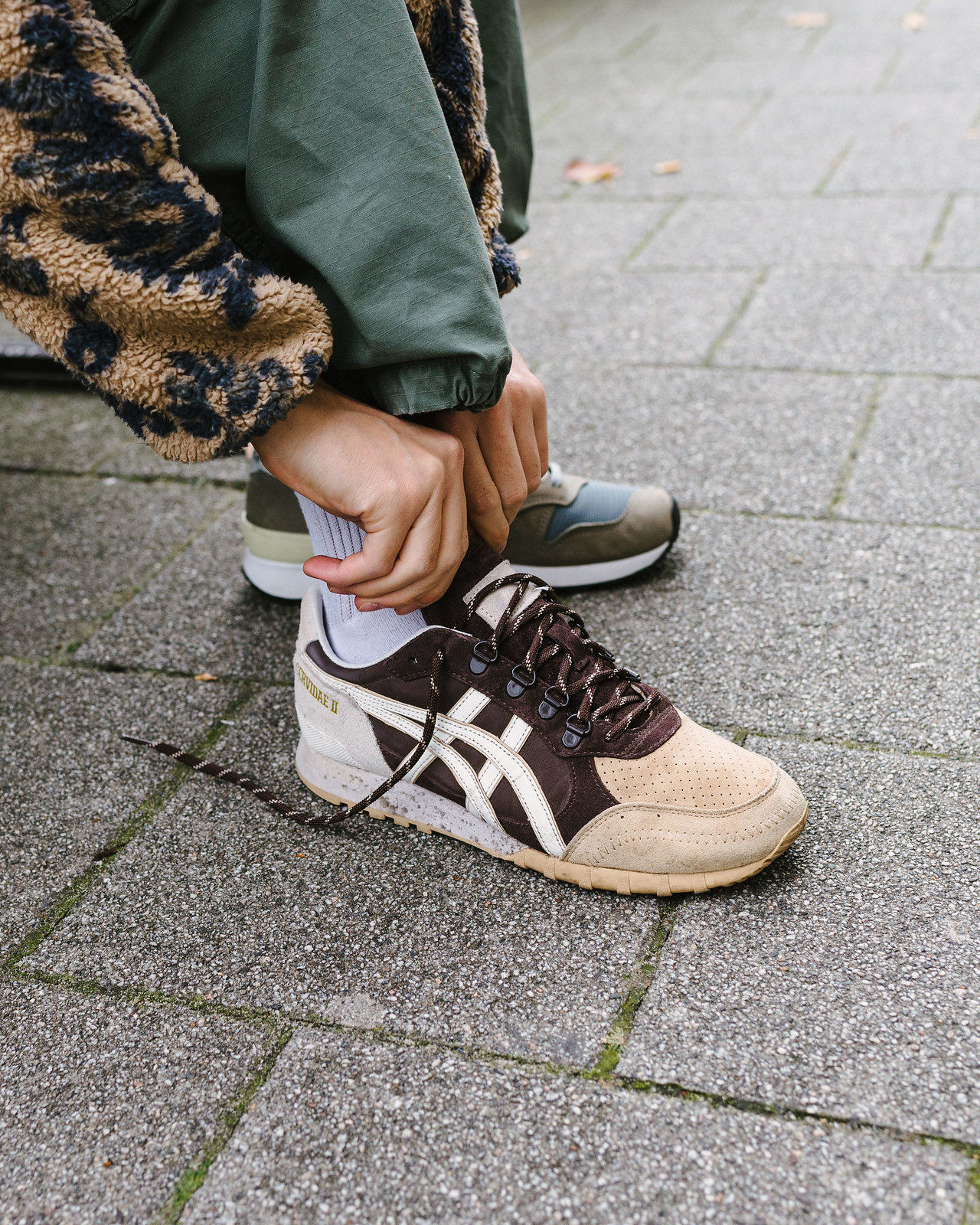 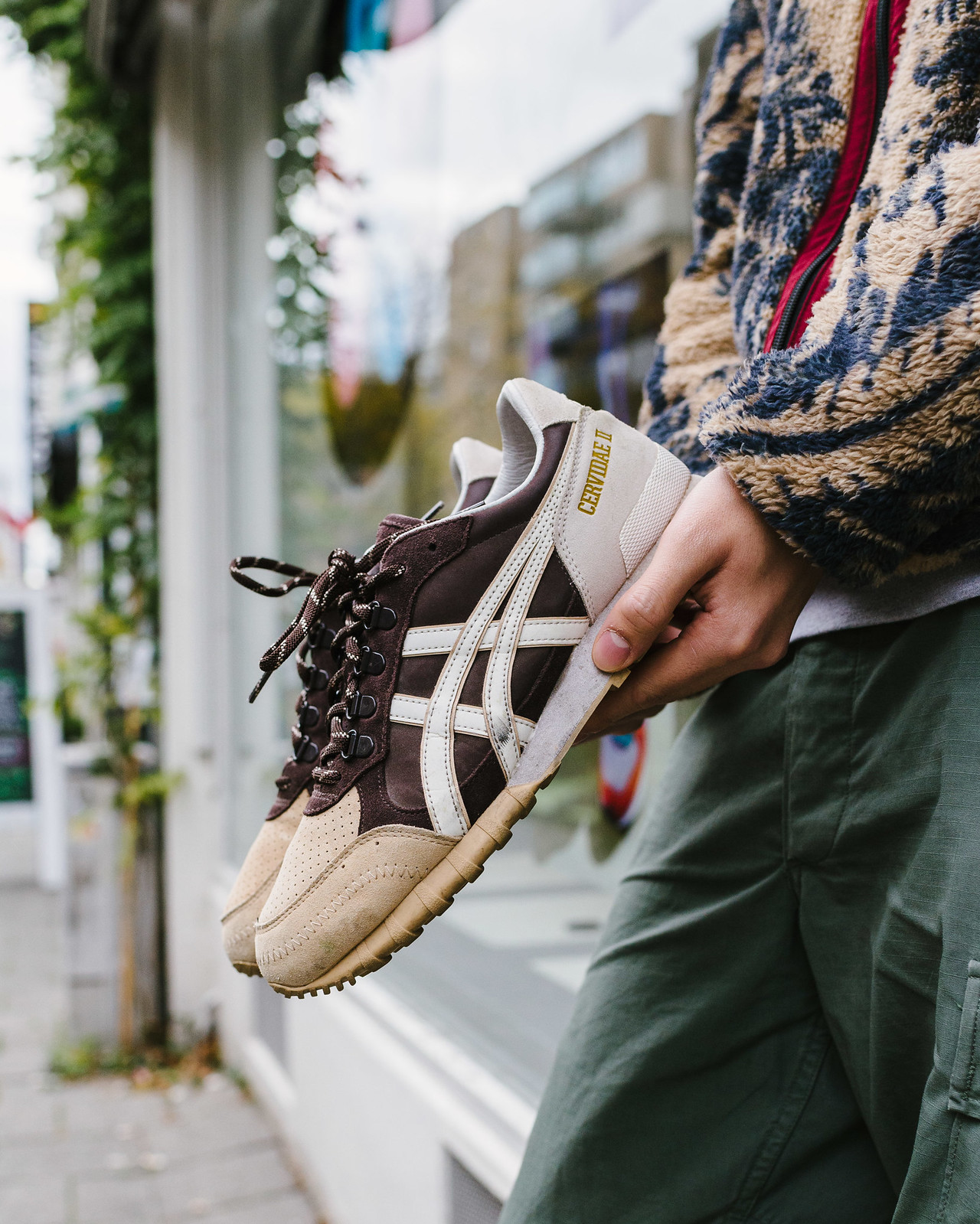 "This sneaker is wearable memorabilia to me and an amazing way to commemorate the amazing 5 years I got to spend in the 010! " 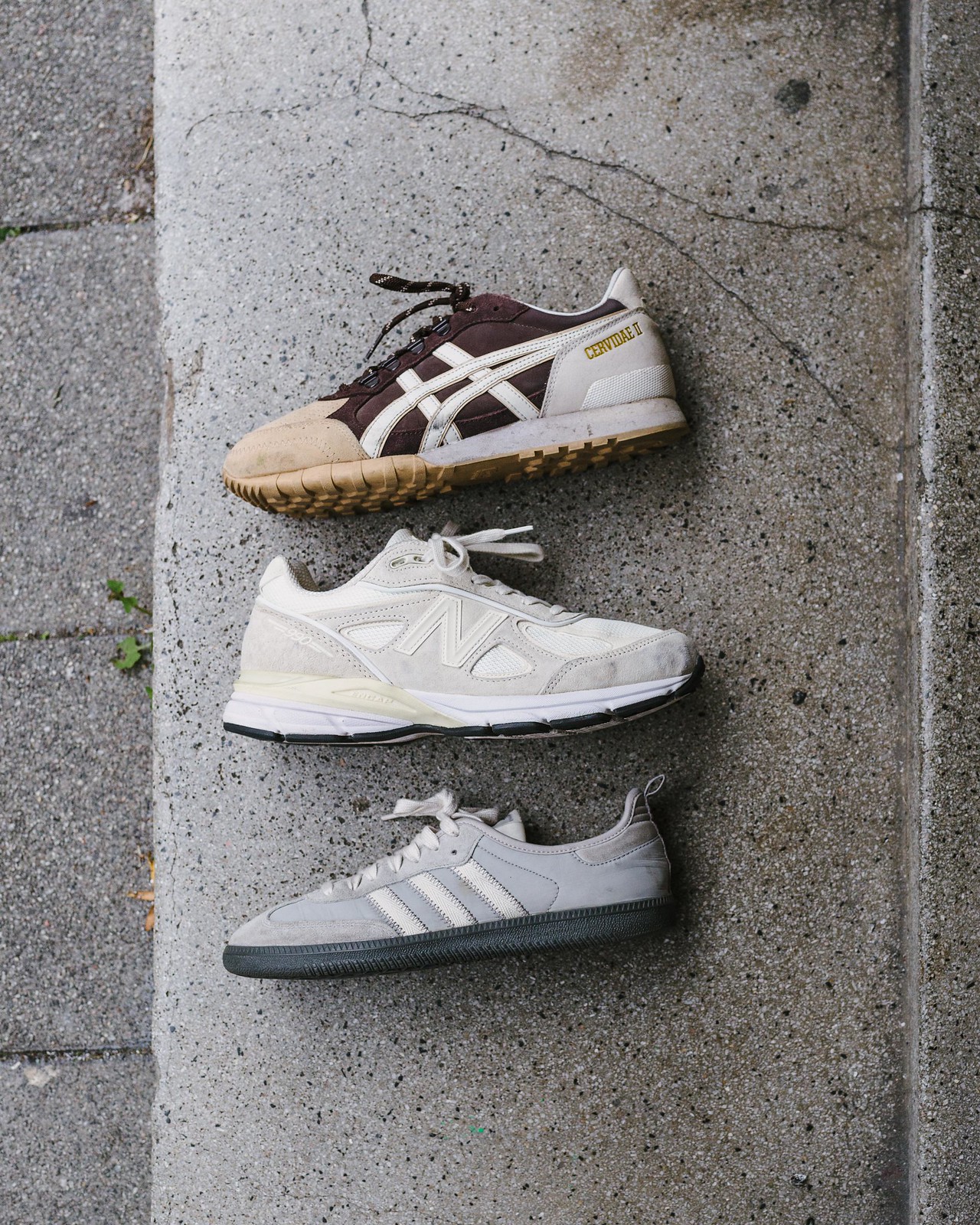 CLICK HERE FOR THE PREVIOUS KICKIN THE DOOR WITH CREATIVE ALL-ROUNDER CINDY JOE!