Read through our conversation below for some insights into her role as a booking agent for Phuture West and her unexpected debut as a DJ. Stay tuned for her WOEI FM live set on Monday, September 7th - broadcasted live by Operator Radio! 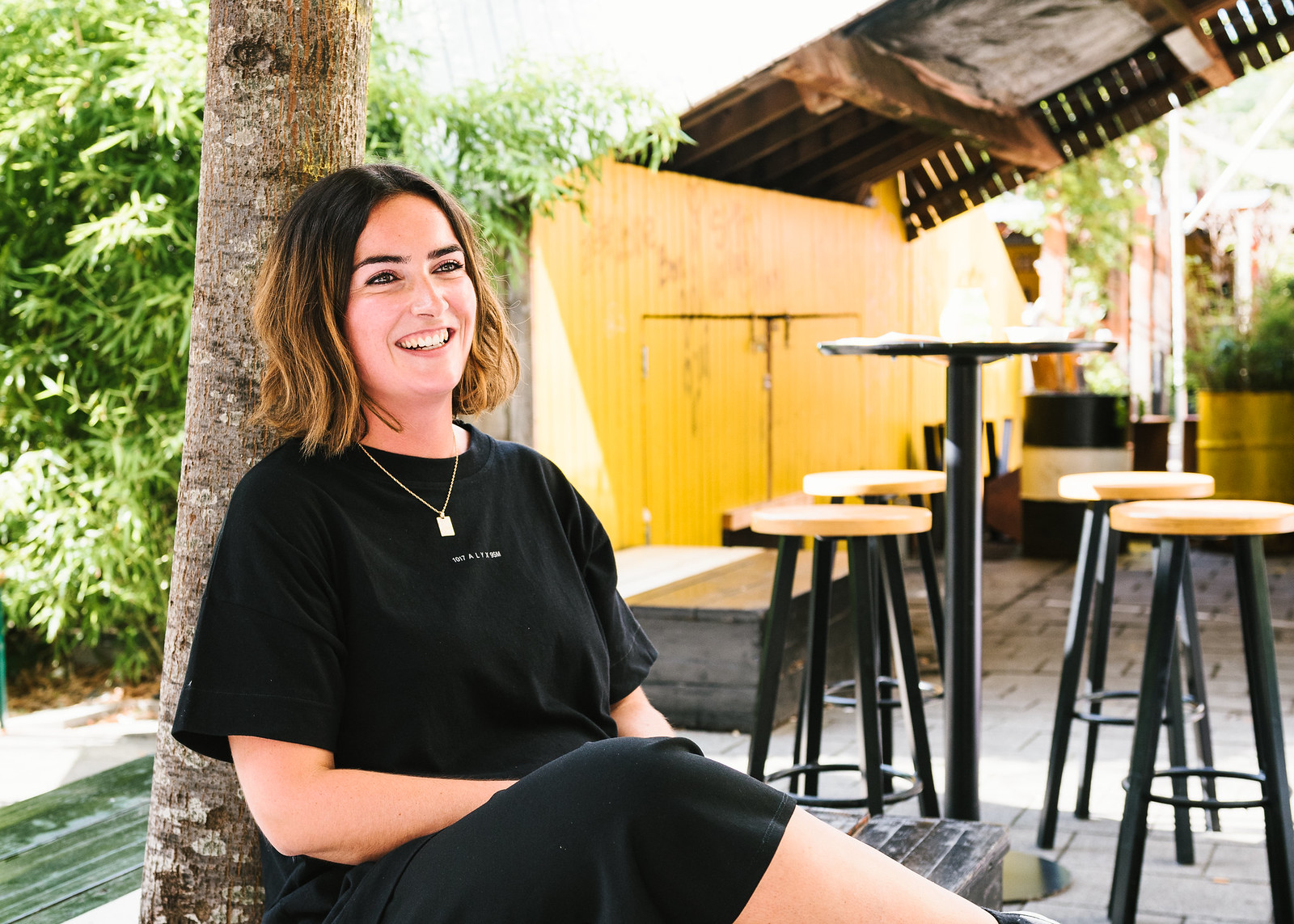 Hi, I’m Eleni Vasilikos, 26 years young and half Dutch, half Greek. I spent most my childhood in Zwartewaal, a small village next to Rotterdam before I moved to the city in 2015.

I have a full time job as an Account Manager at an employment agency called Jelle. Next to that, I work part-time at Phuture West Bookings, which is a booking agency for music artists.

Since I’m working full-time for Jelle, you’ll typically catch me in their office or now at home working from 7 in the morning until around 4 in the afternoon. Afterwards, I drive to the Phuture West Bookings office to work for another 2-3 hours. I know this probably sounds super stressful, but I only do this on 2 days per week. Also, working for Phuture West doesn’t really feel like work, I feel super passionate about it so I have a genuine interest in it and just enjoy it.

The only thing that's a bit of a bummer is that Corona came around. Since I started working at the booking agency 9 months ago, Corona really shook things up in the industry and disturbed my on-boarding a little bit. I was really looking forward to start working with these guys but I’m sure it’s just a matter of time!

"Deep down, I always wanted to do something within the music industry, but like many graduates, I wasn’t really sure in what capacity and how I could get my foot in the door.

At some point, I thought to myself, "Hey, why don't I ask them if they need any help at Phuture West?".

So around 9 months ago, I approached Sil and as it turns out they were really enthusiastic about it and I started the week after." 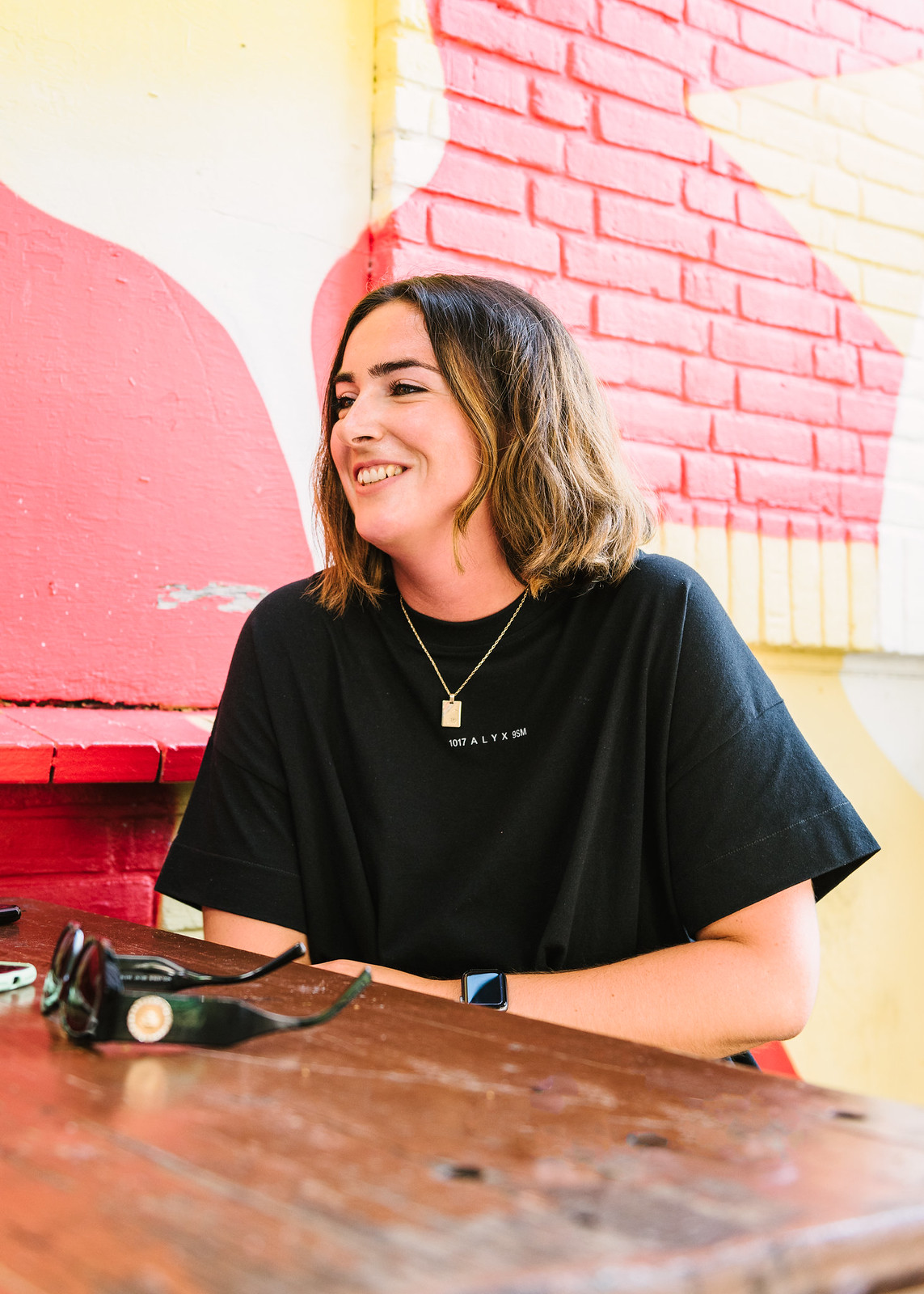 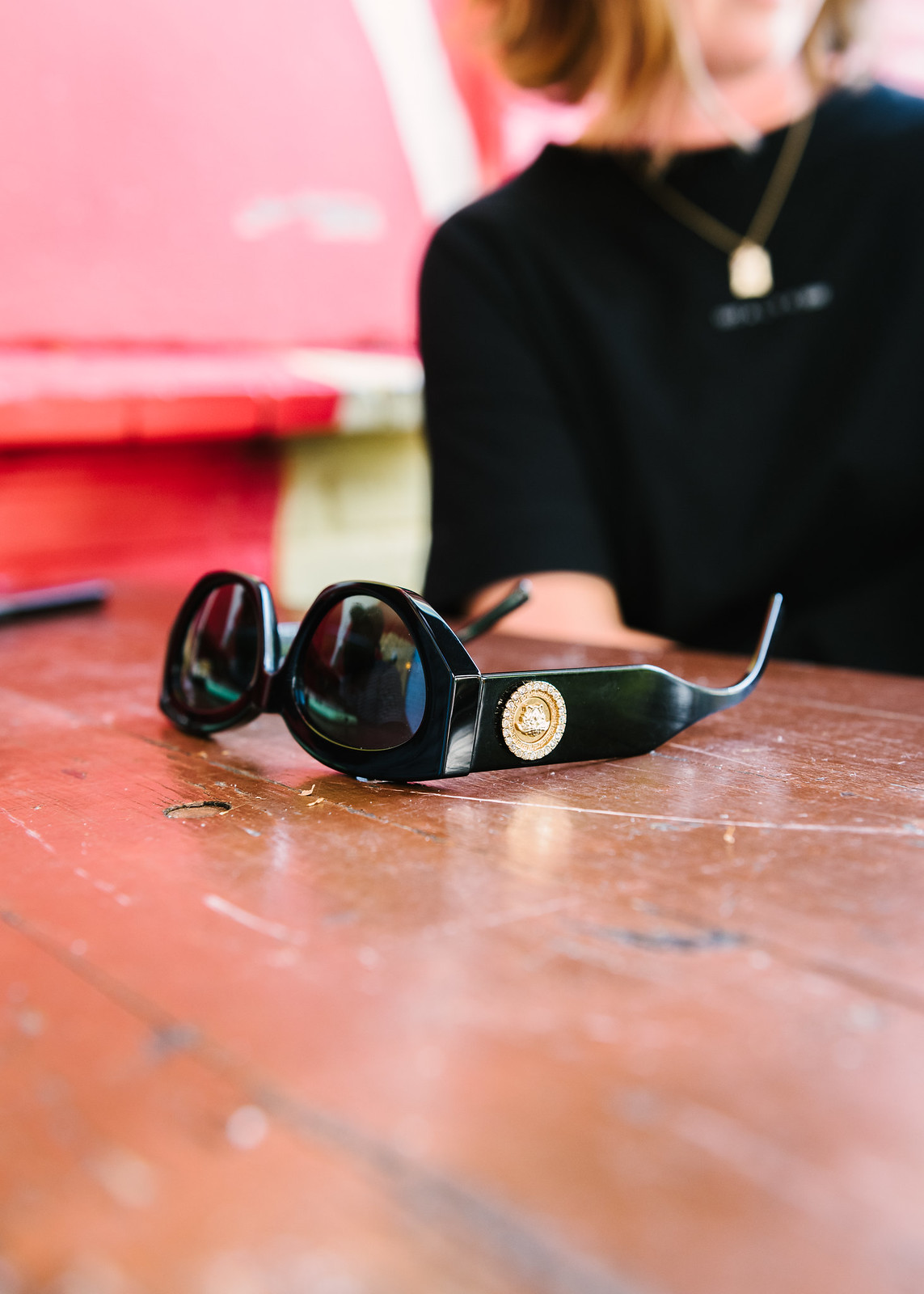 Since this is WOEI FM, you can imagine that we're a tiny bit more interested in hearing about your work for Phuture West Bookings. Can you talk to us about how you landed this gig?

I graduated with a classic economics background and got myself a degree in “International Business and Languages” from the Hogeschool Rotterdam. Deep down, I always wanted to do something within the music industry, but like many graduates, I wasn’t really sure in what capacity and how I could get my foot in the door.

At the same time, I’ve been dropping by Clone Recordshop quite frequently since I moved here. Naturally when you’re a regular, you get to know the staff and start chatting about this and that. That’s where I know Sil from, who also works at Phuture West Bookings. At some point, I thought to myself, “Hey, why don’t I ask them if they need any help at Phuture West?”.

So around 9 months ago, I approached Sil and as it turns out they were really enthusiastic about it and I started the week after.

What are your tasks over at Phuture West?

I’m mainly involved in administrative duties such as contracts with promotors and some of the production-related tasks. As a booking agency, we have to make sure that everything is set up and ready to go for all parties involved. We need to check everything from signed contracts to completed itineraries. For example, we check flights, hotels, timetables, drivers etc.

Does working together with so many artists influence your own, personal music taste? If so, how?

Yes, 100%. When you work with a new artist and you start listening to their, sometimes pretty specific, sound you sometimes realise that its nothing like the music you’ve heard before. It leaves you with the feeling of wanting to find more of this kind of new, unfamiliar sound. And so, you start digging deeper, checking out related labels and artists. Maybe because of this, my taste in music could shift roughly every 2 years.

I’ve been into music as far as I can remember. I might’ve gotten that from my parents, who also were really passionate about music to the extent, that there was always music playing in the living room when I was a kid. I vividly remember a lot of Pink Floyd and Dire Straits, but also completely different genres of music. At primary school, I was that kid who had the first MP3 player. Most of the very limited storage space was occupied by Hip-Hop and RnB. I’m not sure when exactly I slowly switched to electronic music, but I guess it was around the time I started going out. During this time, I also met by best friend Mark. Together, we really started liking techno and other electronic music at an age, where most of my peers would still find the genre weird. But we didn’t let that rain on our parade so we just went out to party with the two of us. We really started exploring the scene through visiting different festivals and going to club nights. 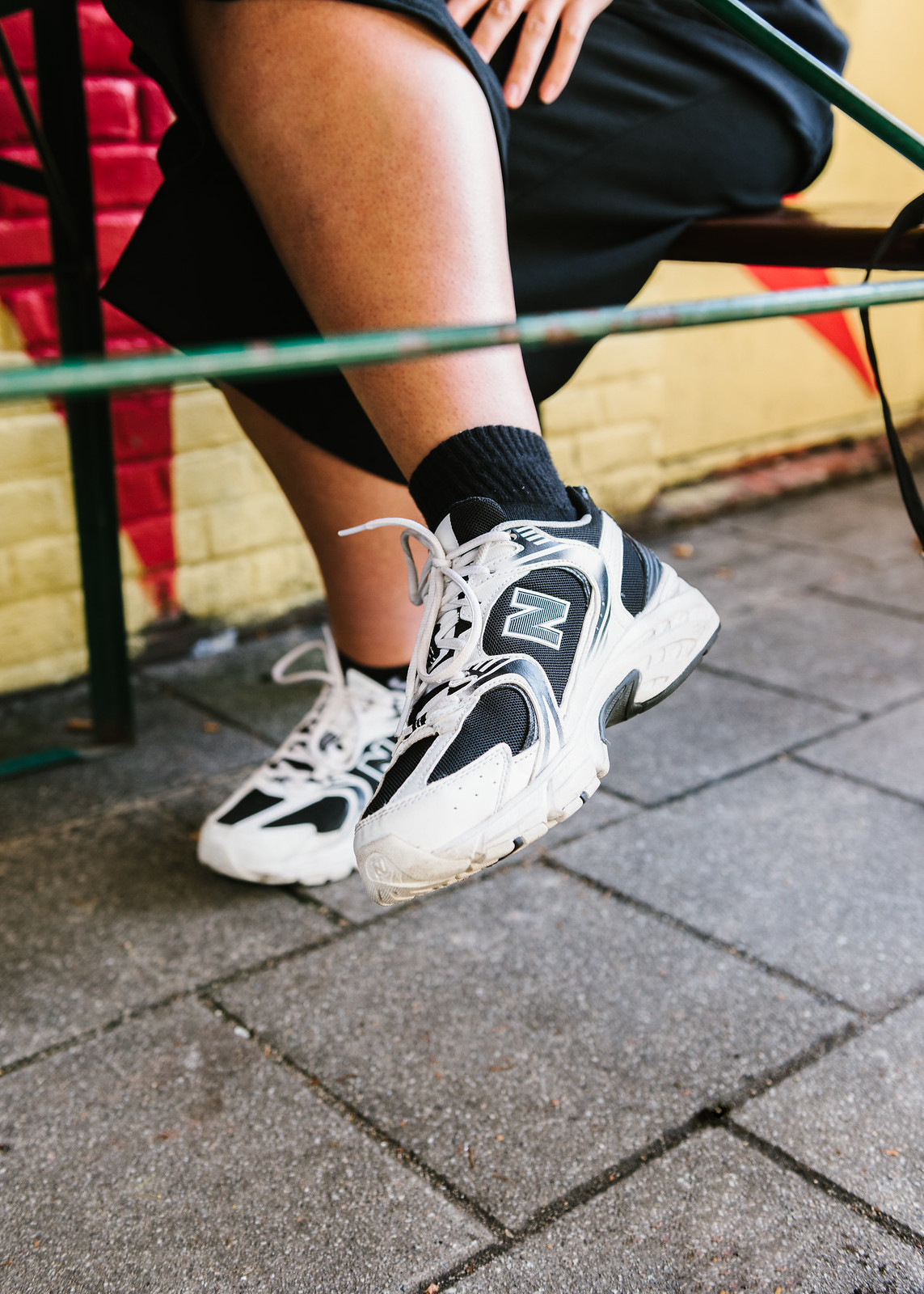 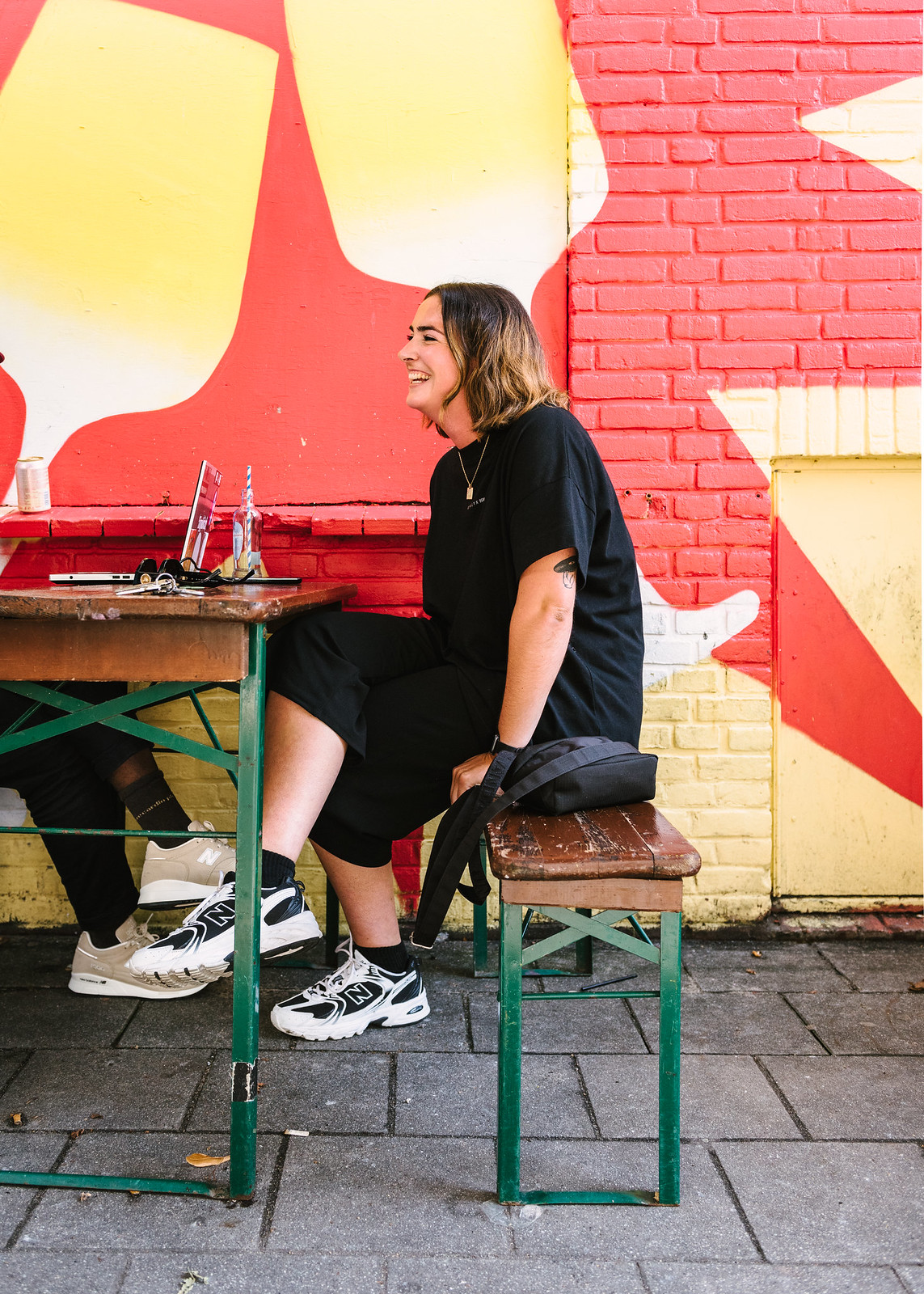 I create folders not only for genres, but also for different occasions and fill them with suitable music. Sometimes when I hear a track, I immediately know that it would work for this specific occasion, mood or this specific crowd. When I record a set for a radio show, I would definitely select different tracks compared to when I would have to play a live show. So for this WOEI FM mix, I selected some of my favorite down-tempo tracks that I’ve been really wanting to play for a while now.

Good question! Right now, most of them are closed I suppose. I like small dancefloors best where you can feel the intimacy so I would love to play at PIP or Salon Zur Wilden Renate. Other than that, I wouldn’t mind playing in the BAR Basement again.

Did you have any absurd, funny or memorable gigs in the past? What happened that made it so remarkable?

I guess my first gig at POING, last New Year’s Eve. Before that, I was just playing music in my living room and for friends but never in-front of a crowd. The craziest part was the fact that my set was during prime time in the POING basement, which is my absolute favorite stage.

It all came to be when Jetti, good friend of mine and owner of POING, had heard from some friends that I was able to spin. So she asked Mark and me out of the blue, saying we were going to play in the basement on NYE and that I would have to say yes. My instinctive reaction was “Fuck it, let’s go!”. Although I was super excited about this, I was also a tiny bit nervous since I knew of the intimacy of the stage and the fact that it tends to get quite packed during the course of the evening.

During the first hour of my set, there was sweat dropping off my face. It took some getting used to, but after the first hour, I started enjoying myself as well. Looking back on the gig, I’m definitely my biggest critic, I could definitely hear my own mistakes, but nevertheless, it seems that people were really having a good time and enjoyed themselves. At the end of the day, that's what matters to me the most! 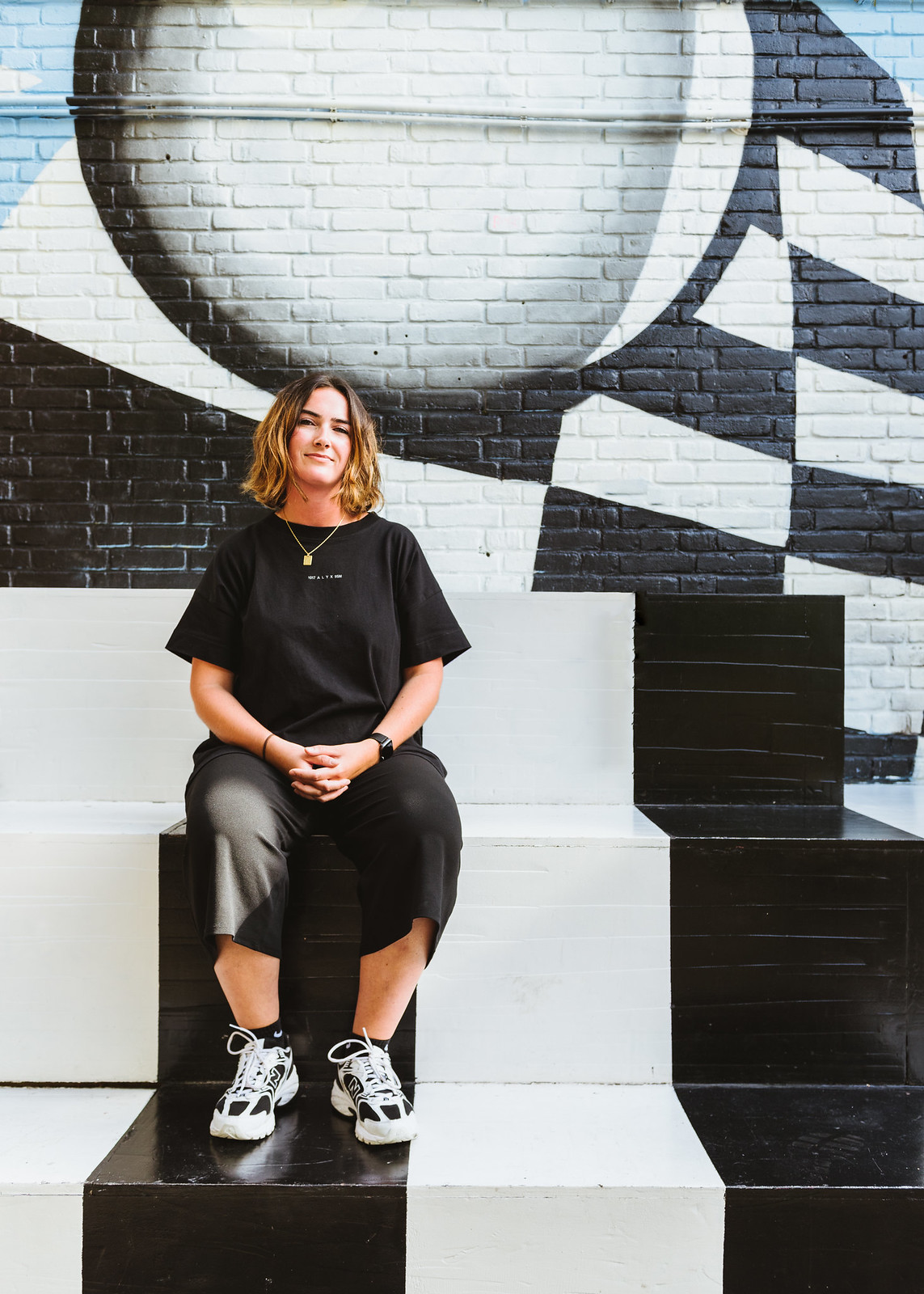 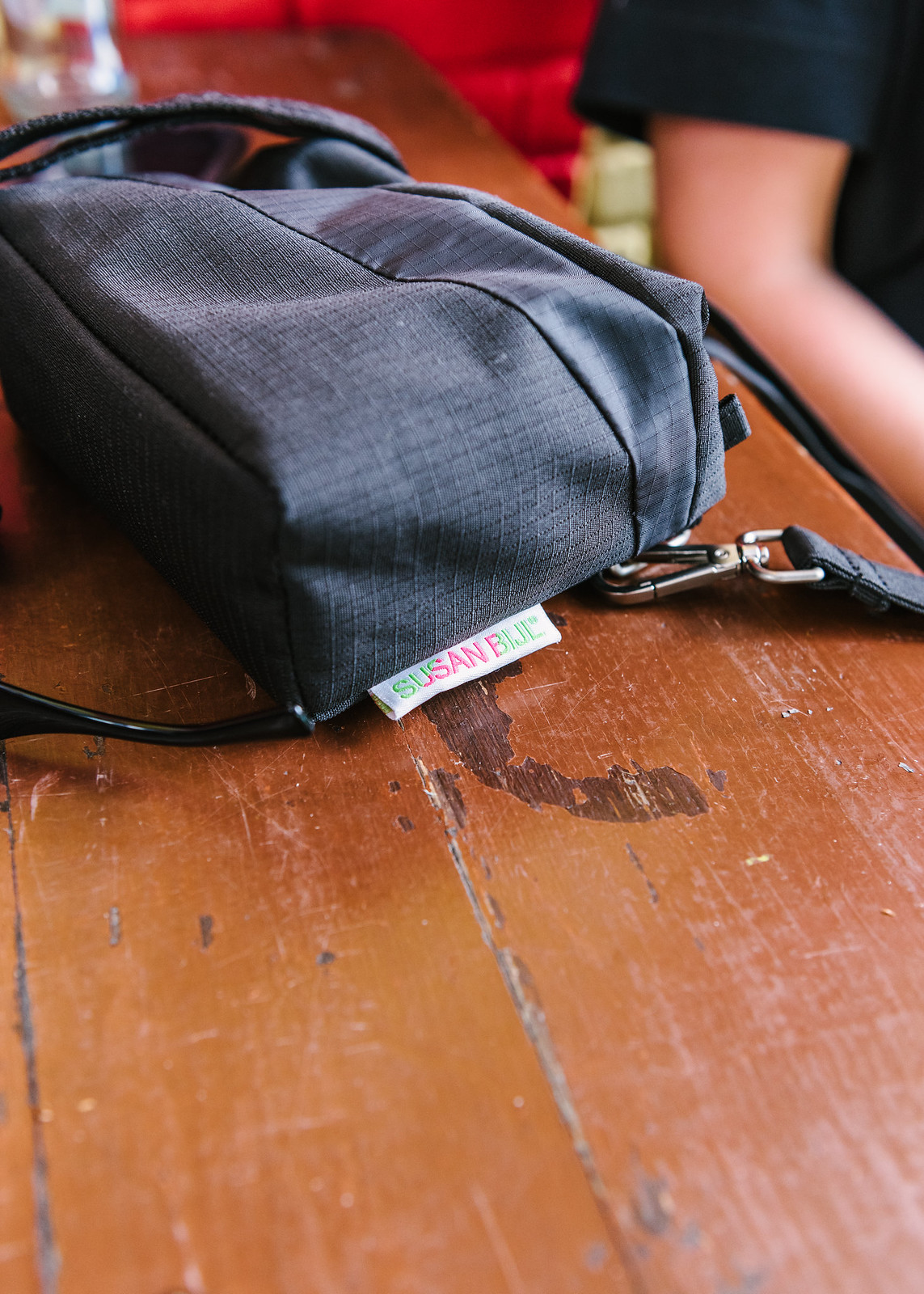 "So she asked Mark and me out of the blue, saying we were going to play in the basement on NYE and that I would have to say yes.

My instinctive reaction was “Fuck it, let’s go!”.

Although I was super excited about this, I was also a tiny bit nervous since I knew of the intimacy of the stage and the fact that it tends to get quite packed during the course of the evening.  "

I recently re-discovered this track from my own vinyl collection. I bought it 2 years ago and somehow forgot about it, but I’m super glad I found it again! Its slow, mysterious, sexy and badass at the same time: NEUBAU – Streng Geheim (Geier aus Stahl Remix).

Can't get enough of WOEI FM? Check out WOEI FM #6 with Cynthia Spiering!