For episode 15, we linked up with student and full-time hustler Zoë Yentl! Although she joined the sneaker game not too long ago, she already boasts an impressive collection and navigates the online sneaker and streetwear community like a boss, having even started a viral challenge that landed her on the Complex sneakers Instagram account!

We are curious - What are Zoë's Top 3 sneakers from her collection and more importantly, what are the stories behind them?

The "Shadows" are the second pair of Jordan 1's I've ever bought. I actually missed out on them on release day. So one day, I was walking around the city and went to Footlocker to get me some new Nikes. The Shadows caught my eyes by surprise, maybe also because they were in the sale section for €70,-, but I still wasn't so sure about them. I called my dad and I was like "Dad! I'm at Footlocker and they got some fresh J1's for €70,-! Should I get them?" and he immediately told me that I had to get them. When I got home, I still hadn't made my mind up what to think of them, because the colorway is quite dark and I didn't know if that suited my personality.
After keeping them in the box for a few weeks, I decided to wear them more often. They really grew my love for Jordan 1's in general, so much so that I own a few 'hyped' Jordan 1's now. Whenever people ask me which Jordan 1 is my favorite, I mention the Shadows, and they usually stare back at me with an expression of surprise. I love the fact that they are OG's, that I didn't immediately fall in love with them but can't live without them now, that I copped them for so cheap and that I grew my Jordan 1 collection because of this shoe. 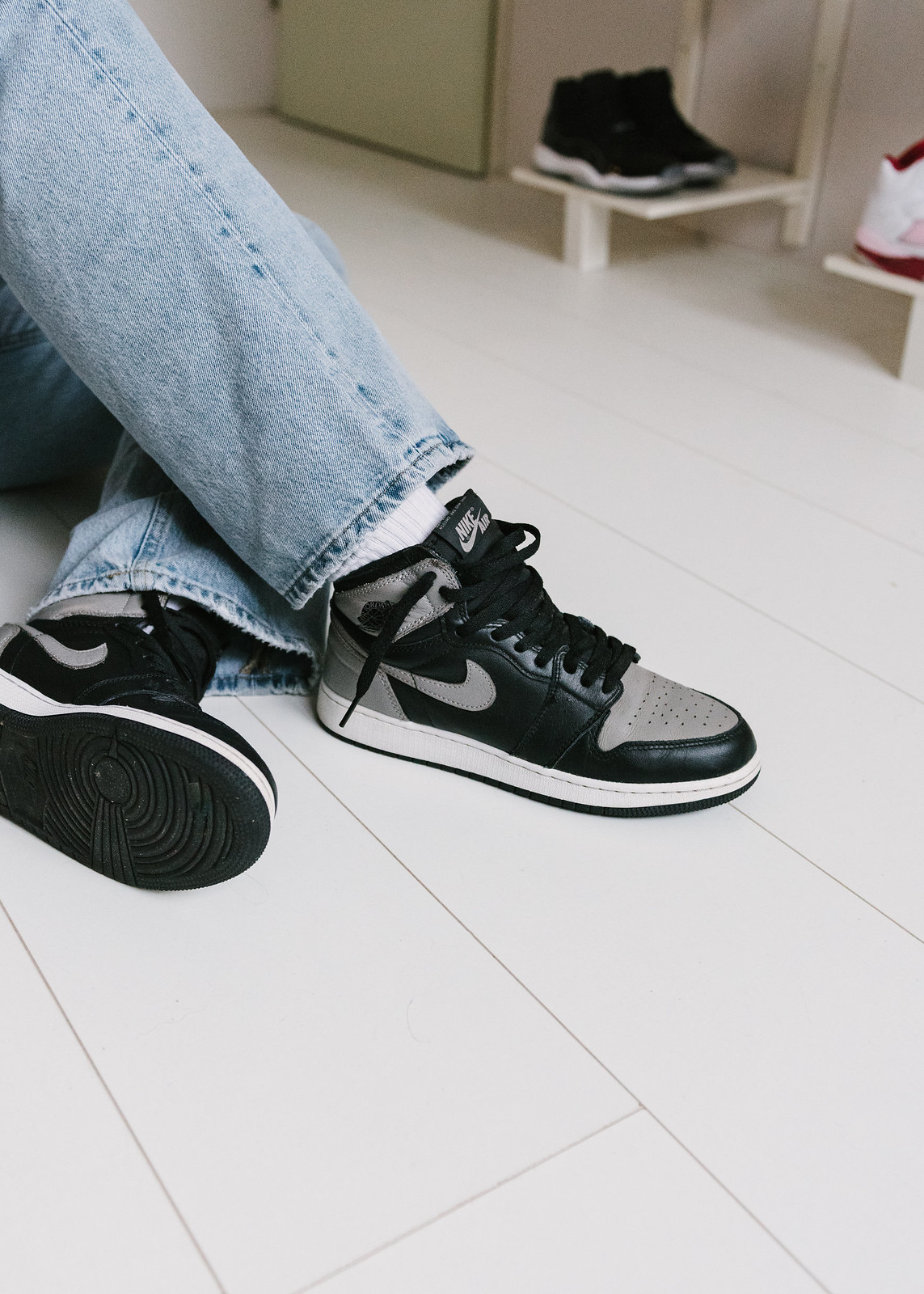 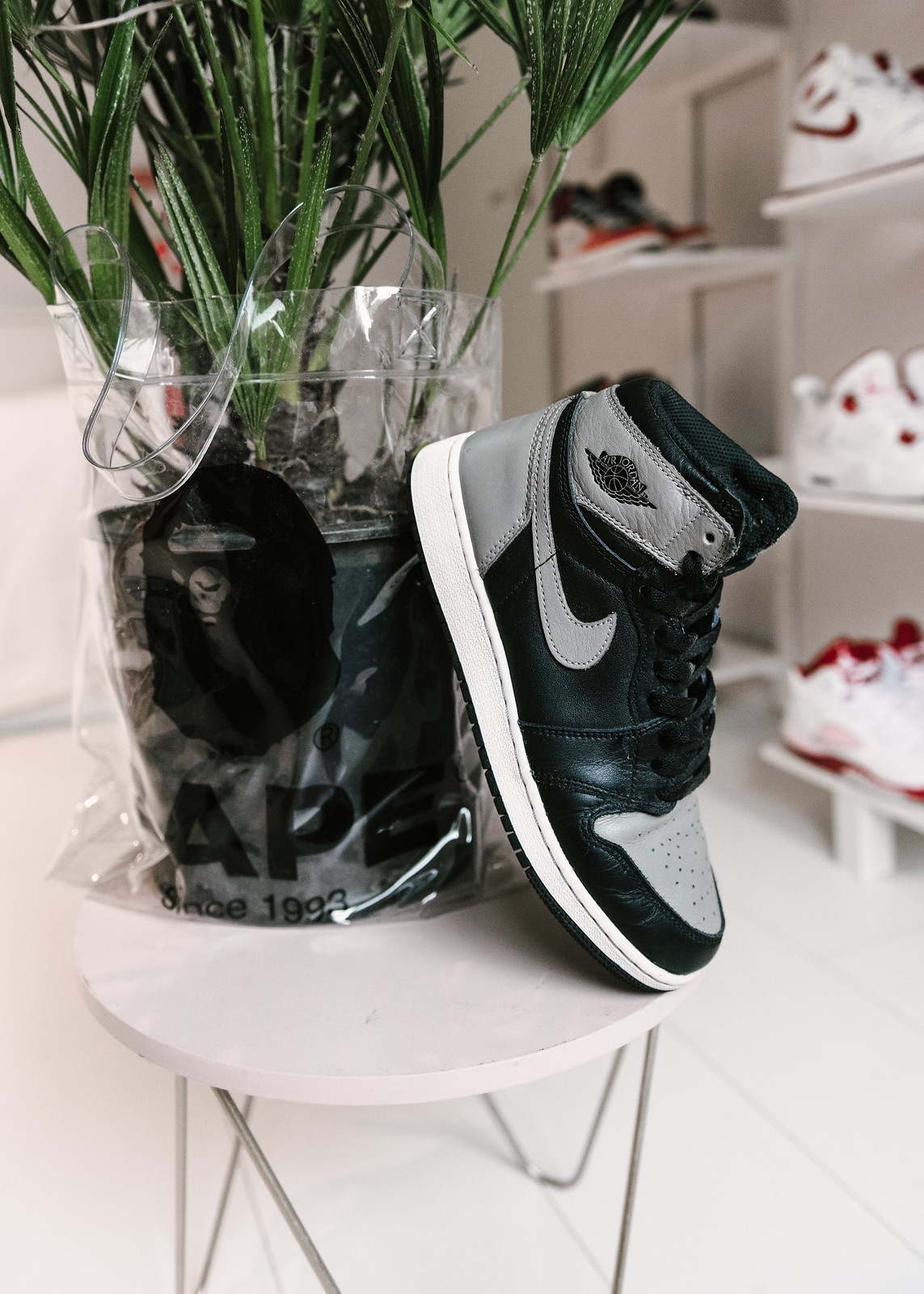 2020 was the year of the Dunk. Nike released a lot of Dunks, but I wasn't able to cop most of them. The "Spartan Green" was one of the Dunks that were very high up on my wishlist, but unfortunately I took an L on these on release day as well. Even long after the release, I just couldn't get over the shoe: I love the green accents combined with the white upper. It is also a Dunk High and so far I had only owned a pair of Dunk Lows. My best friend, Indy, was able to cop the pair of desire in her size on release day. Whenever she or someone else wore the shoe, I was reminded of how much I loved and needed this shoe. And she knew that. Normally, whenever I take an L on a shoe, I would get over it in a few days or so, but this shoe was on my mind for so long.

Since the shoe originally came out in September, just one month before my birthday in October, and my best friend Indy knew how much I had been hurting from catching an L on the release day, she decided to get me the Spartan Greens as my birthday present. This alone makes this pair so much more special to me and definitely deserves its spot in my Top 3. 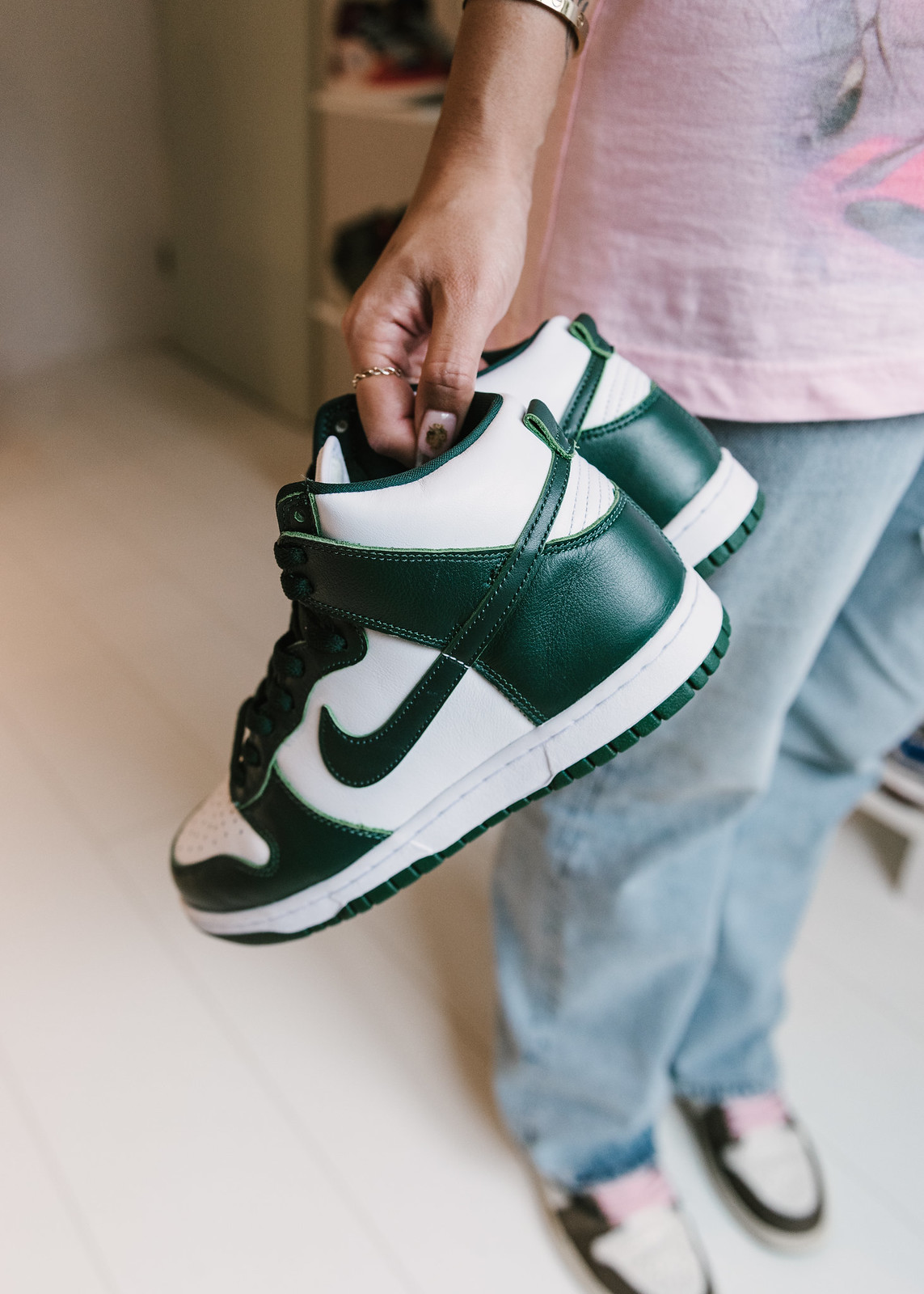 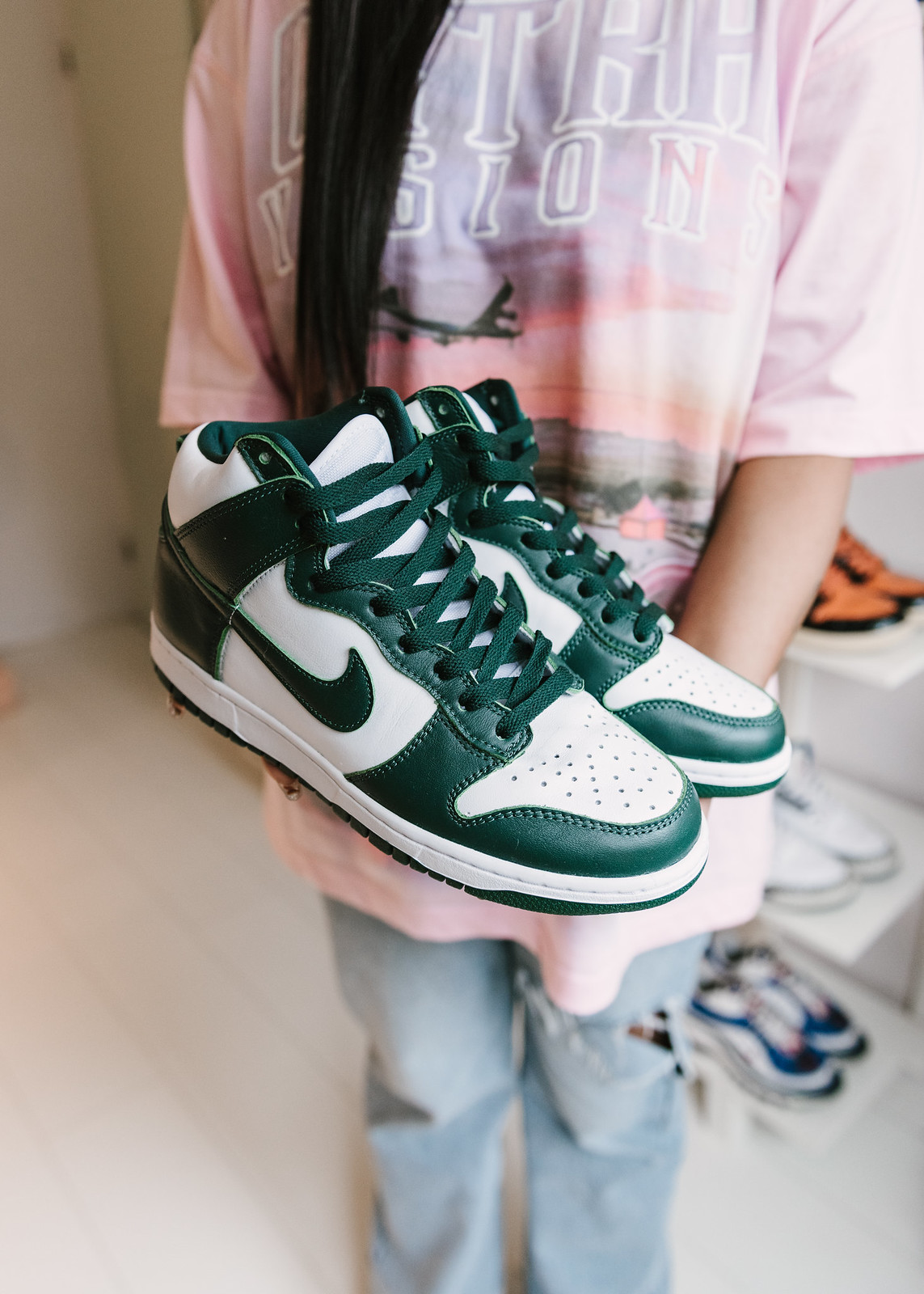 When I got into sneakers, I actually used to be more into Adidas, especially Yeezys. Then one day, I woke up and I was going through my Instagram. I saw this on-feet shot of the Gundams and I immediately fell in love: The shoe sports my two favorite colors, namely red and blue! I ended up searching for the pair on Google and I found this store in Rotterdam that sold them. So I remember going to the store that same day, but unfortunately my size (US6.5) was sold out. They did however have a US6, so I got myself these. As soon as I got home, I took the insole out to make them a little looser which allowed me to wear them to a bunch of festivals I went to that summer. Although I beat them quite a bit, they still hold up nicely. Everything considered, the Gundams are the #1 sneakers in my current collection. Little side note: I have never bought a pair of Adidas or Yeezy's again after this cop. 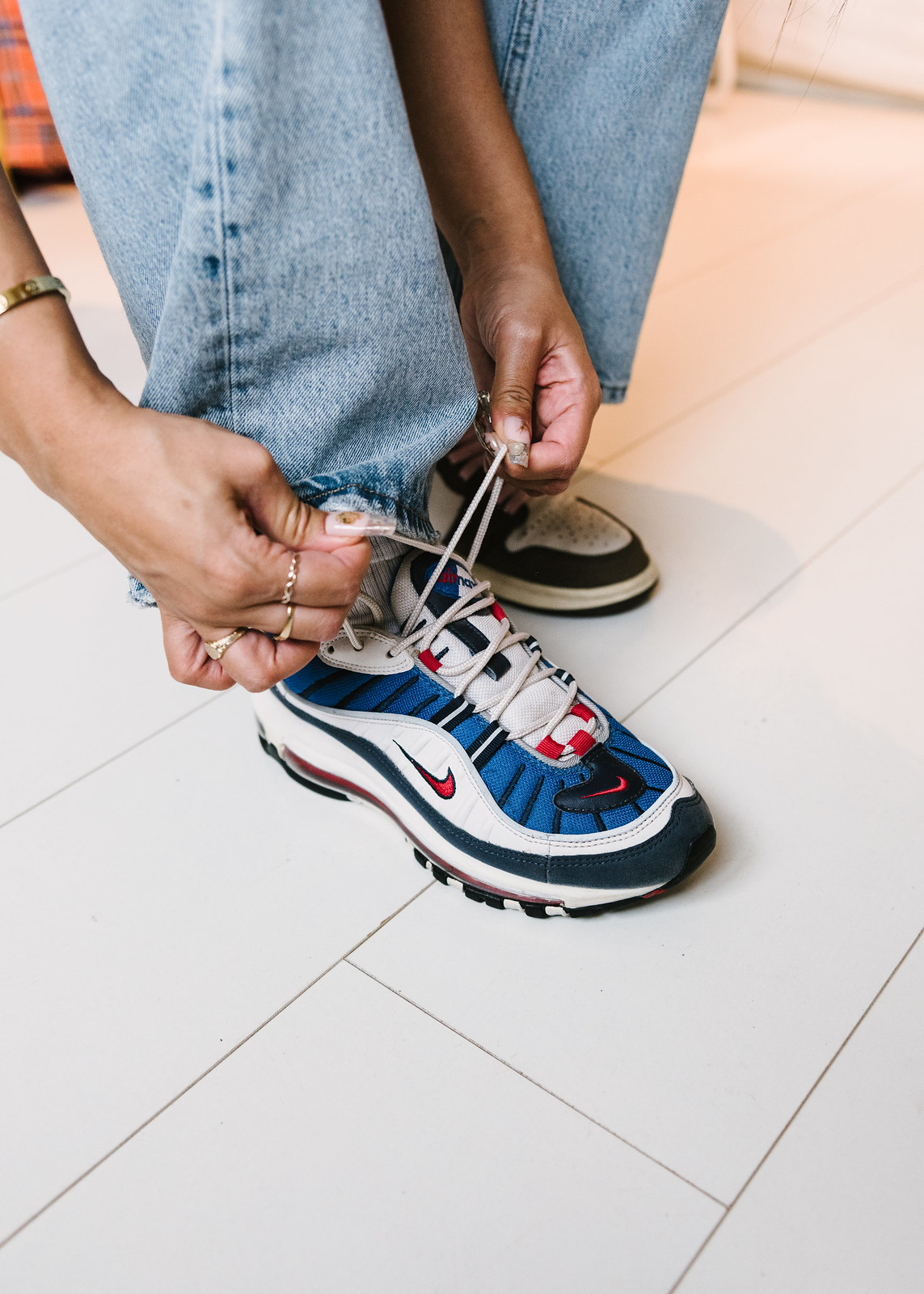 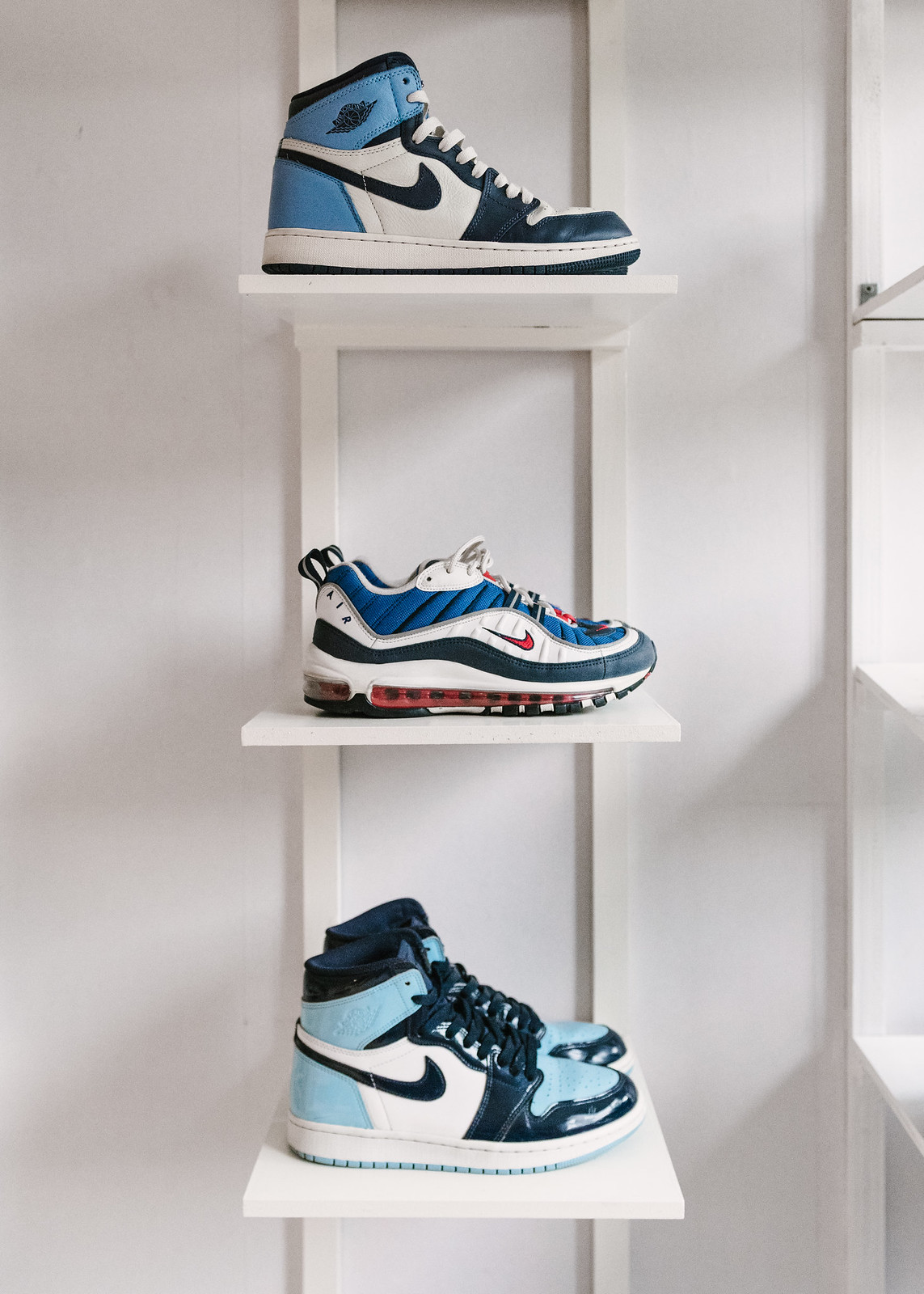 I didn't really know a lot about the history of sneakers back when I started collecting. I simply bought kicks that 'looked good' in my eyes. A little later, I started to work at multiple sneaker stores and surrounded myself with like-minded people that were also into shoes. My colleagues, especially my homies at Oqium, taught me a lot about the history and designs. They also taught me a lot about other Jordans besides the Jordan 1's, which used to be the only silhouette from the Jordan universe I was familiar with.

The Jordan 3 "True Blue" is Michael Jordan's third signature shoe, with a colorway which is mainly blue with some red hits. I've mentioned before that red and blue are my favorite colors, so this shoe was also a shoe that was on my wishlist. Unfortunately, I joined the sneakergame quite late, so I wasn't able to cop them on release day. But, one day, I was going through my Vinted app, and found the 2011 True Blue's for only €20,-. Without much hesitation, I bought them immediately. Obviously someone else wore them before me, but I like the slight yellowing on the soles and the scratches as well. They make the shoe look more 'alive'. Even though someone else wore them before me, I am proud to wear these and especially because I know more about the background of the shoe! 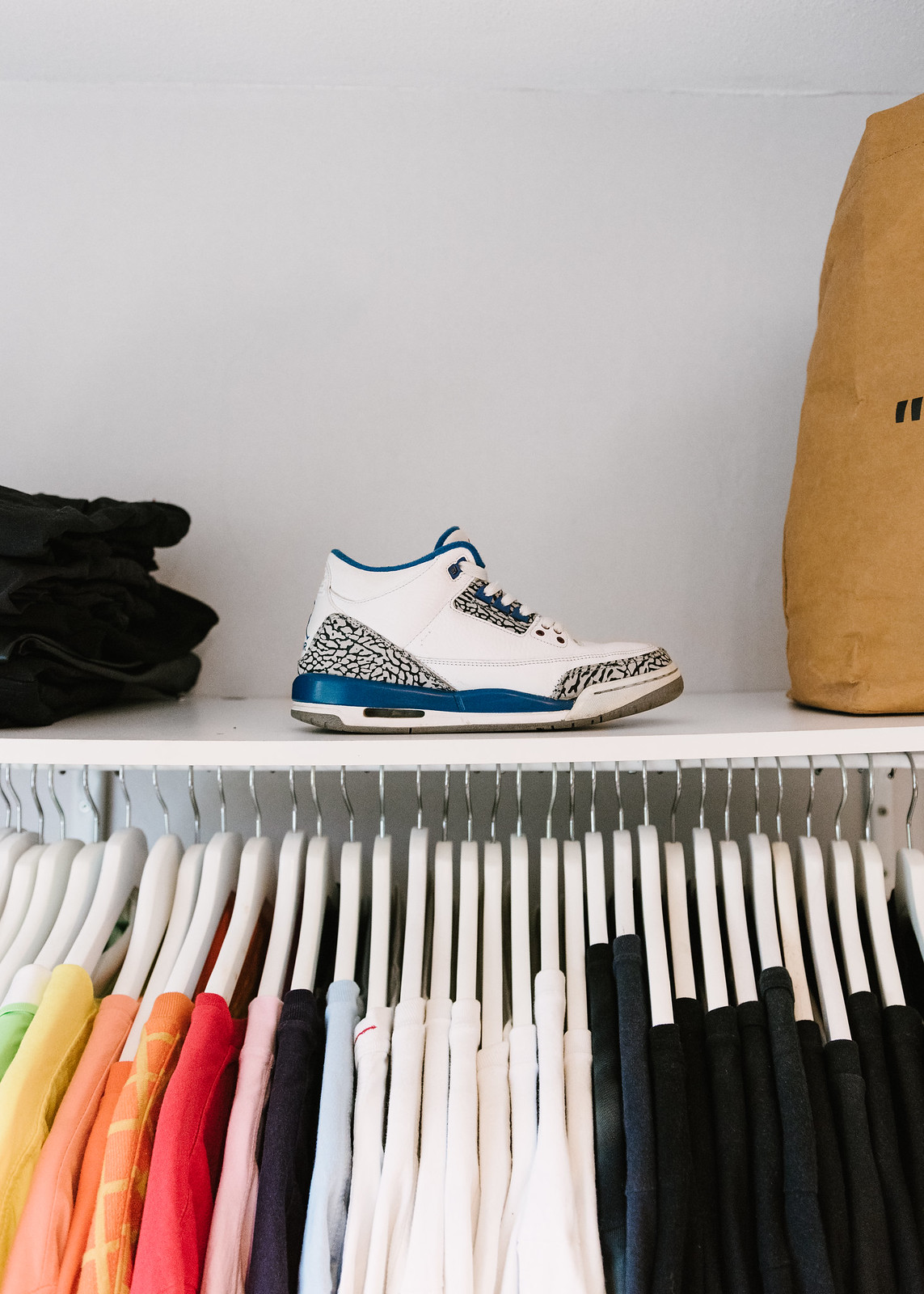 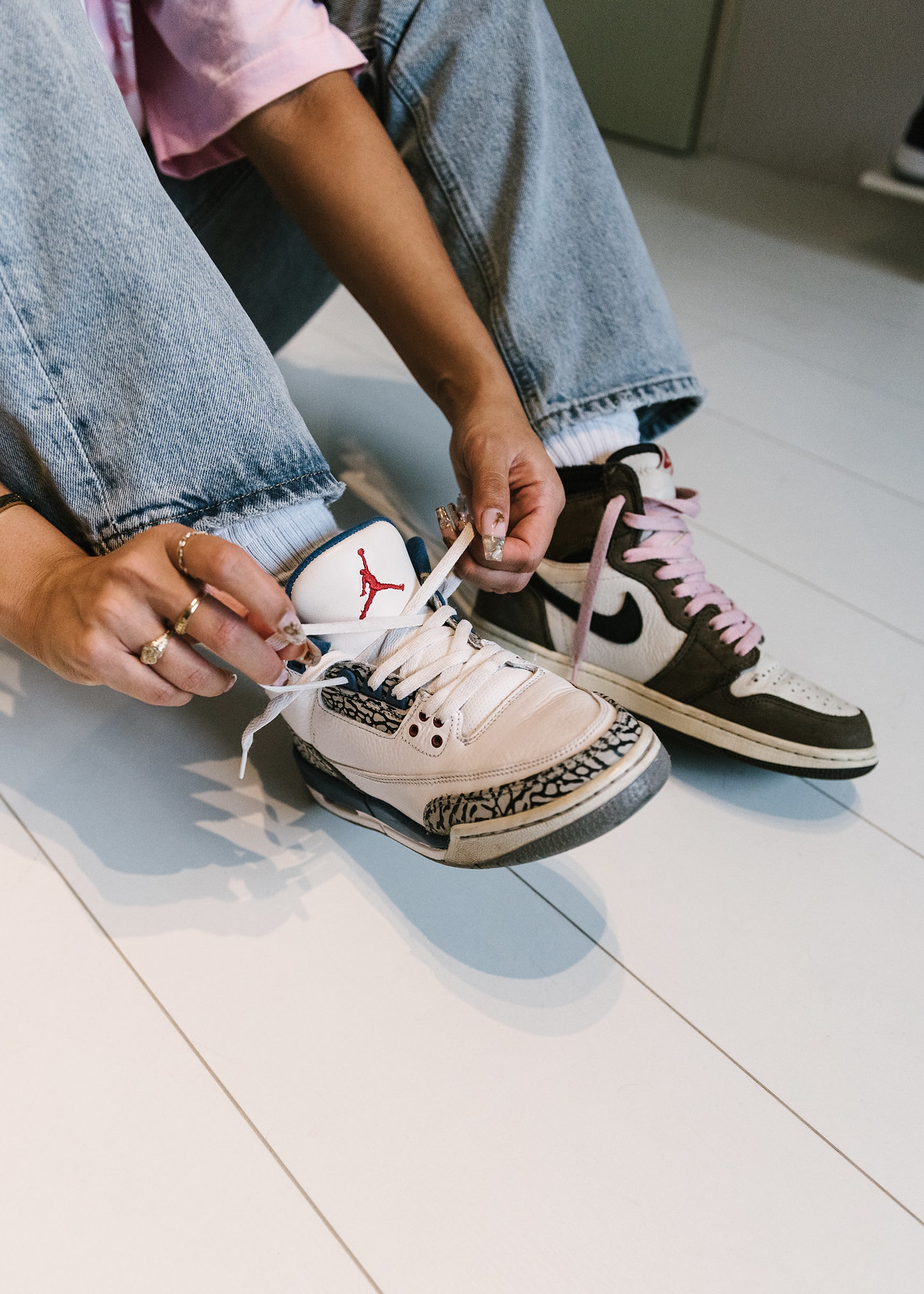 "I didn't really know a lot about the history of sneakers back when I started collecting.

I simply bought kicks that 'looked good' in my eyes.

A little later, I started to work at multiple sneaker stores and surrounded myself with like-minded people that were also into shoes." 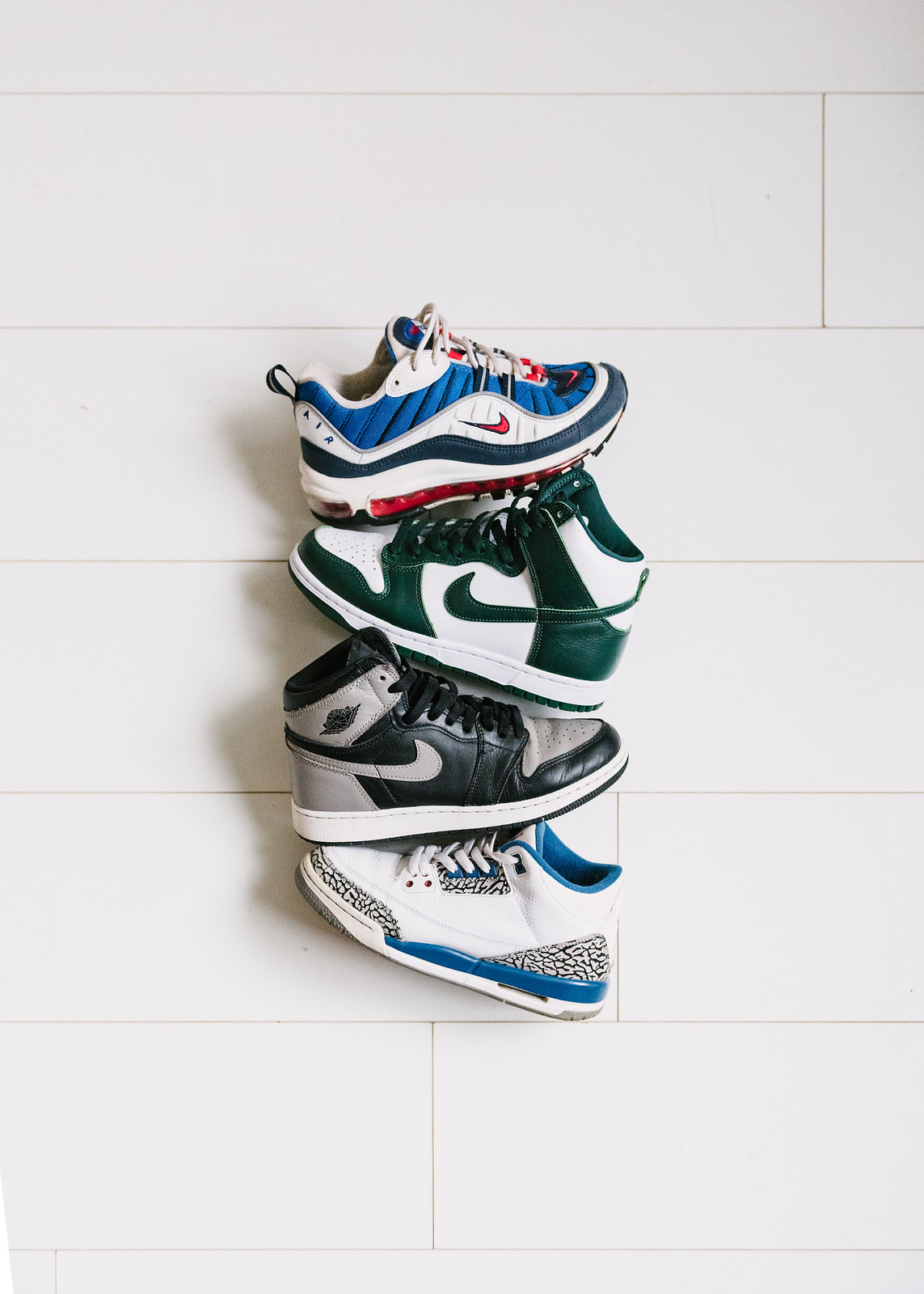