And sooner or later, you cannot postpone thinking about the question of all questions any longer: What are your Top 3 sneakers?!

For the 8th edition of the Kickin' the Door Blog series, we caught up with Raphael, or better known as Rough, who is a Rotterdam-based creative, photographer and indispensable member of the notorious DJ duo “Rough & Maximoes”. Although Rough originally began collecting sneakers in 2002, he decided to let go of half his collection in 2011 - a decision he regrets to this day. After a 3 year hiatus, he laid his eyes on a certain pair of Air Max 98’s that instantly reignited his passion for sneakers. And as you can imagine, he's been back to carefully cultivating his collection ever since.

Check out the interview below to find out which colorway execution of the Air Max 98 got Rough back into collecting shoes and what other pairs he would save if his house suddenly caught on fire.

We are curious - What are Rough's Top 3 sneakers in his collection and more importantly, what are the stories behind them?

This is actually the sneaker that made me re-start collecting sneakers again. In fact, ever since Nike announced the re-issue of this particular Air Max 98 colorway, I bought two pairs. While I was wearing one of the two pairs almost daily, I kept the other pair on ice. It wasn’t until one or two years ago that I had to open that untouched box, because the other pair for daily wear had a completely flattened airbag after I must’ve stepped in something sharp.

Ever since the comeback of the Air Max 98 around 2018, I’m still convinced that this is the best colorway out there. If I could find another pair in my size of this 2014 release, I wouldn’t hesitate a second and would cop a third pair! 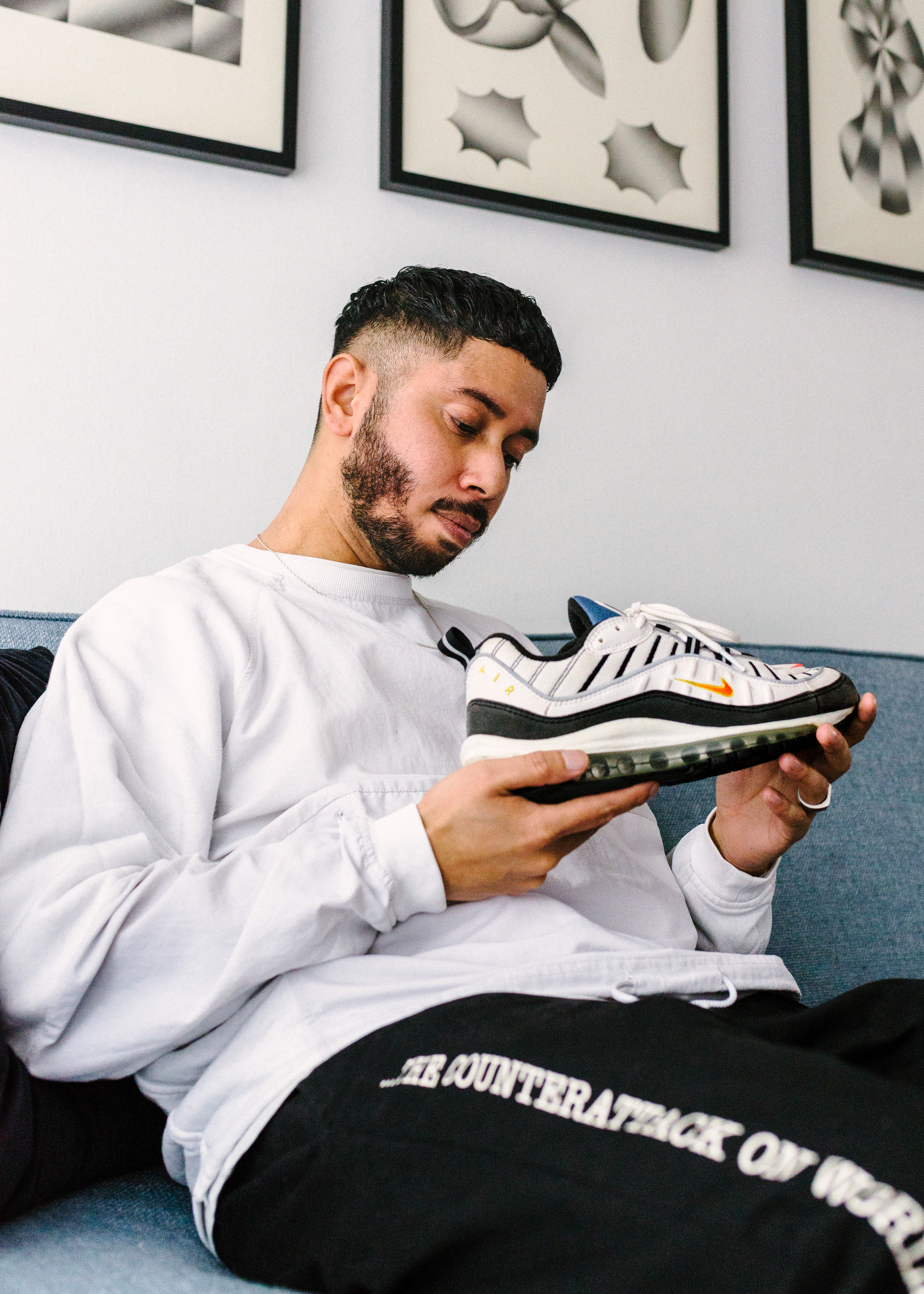 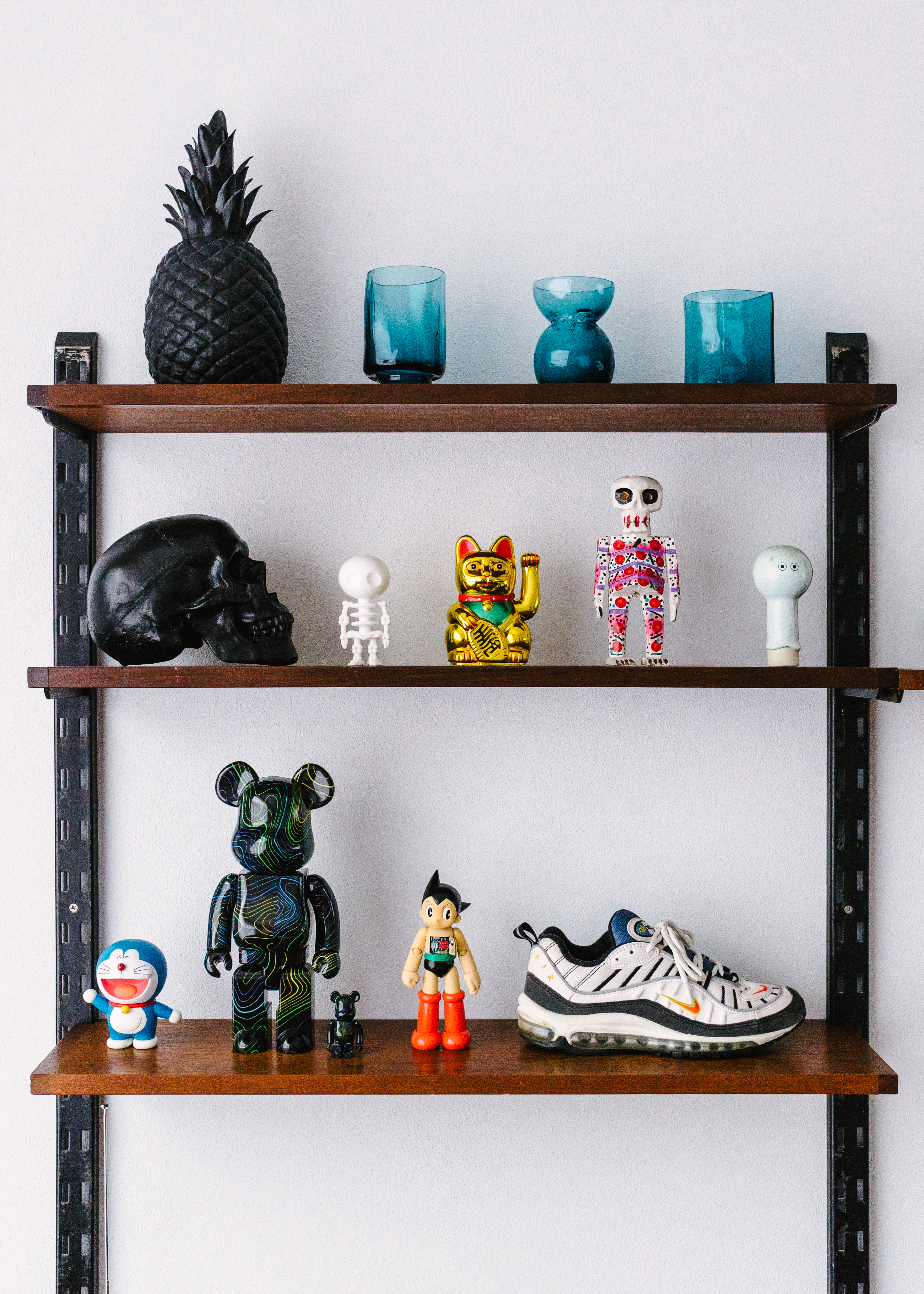 I’ve always had a thing for this black with orange or black with purple color combination on a shoe. And this Tailwind has it both! But besides the colorway, it was the design of the mudguard and the way it connects all the way to the heel that caught my attention. Other parts of the shoe that deserve some attention are the split midsole and the retro looking Air Tailwind logo on the tongue. I actually got a different red colorway of this exact model in 2010, but after not being too careful with those, they ended up being totally trashed. Luckily, I found this one online in 2018 in brand-new condition and had to pull the trigger. And as you can see from the photos, I’ve been taking extra good care of them ever since. 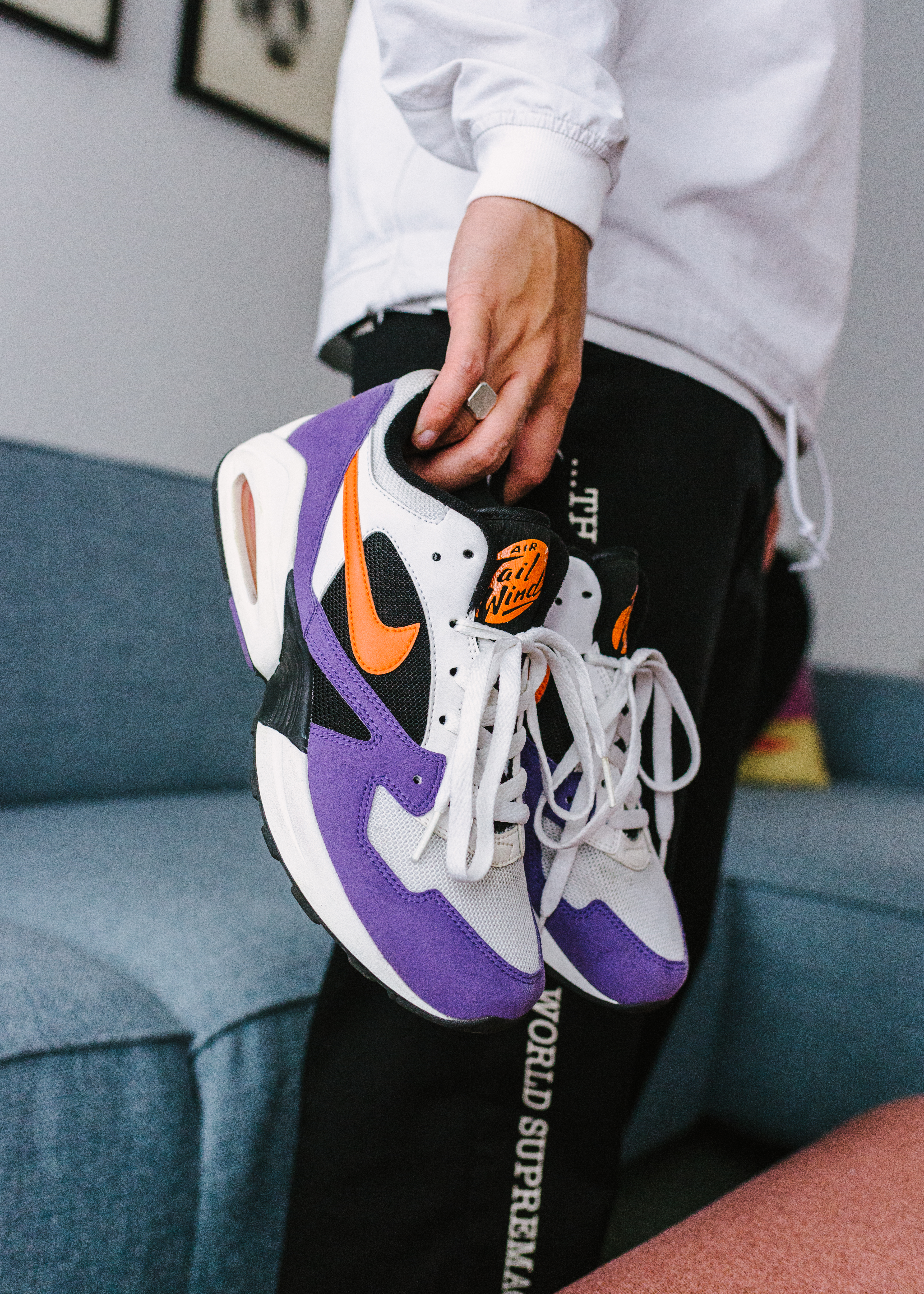 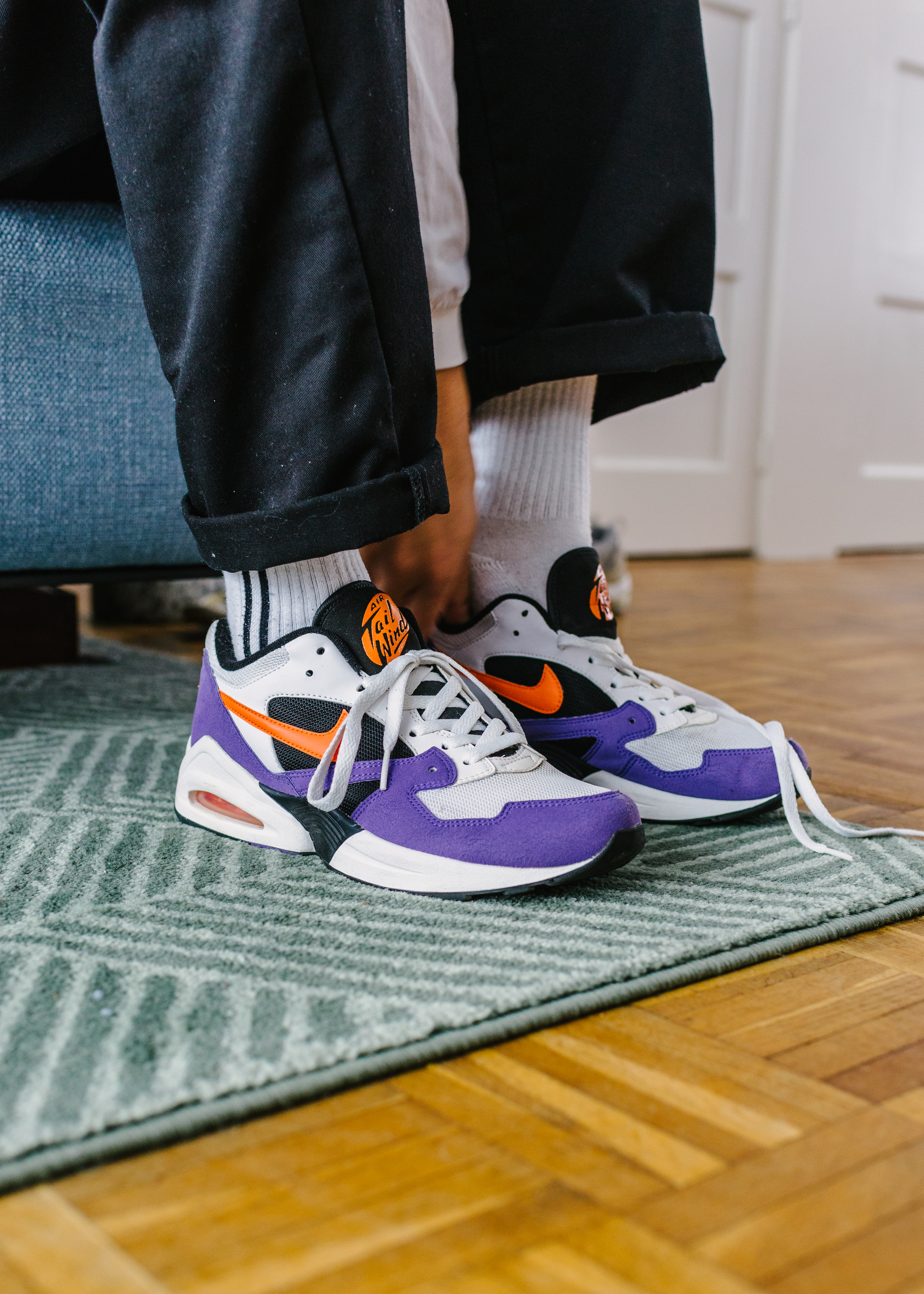 First of all, just look at this Air Max model. The details and materials on these Sanjayas are nothing short of crazy. Take the symmetrical all-over embroidery on the upper for instance. Ridiculous.

Back when I started collecting sneakers, I was heavy on the Air Max 1’s. However, after seeing the Sanjayas, I was quick to add them to my growing collection. I got my hands on this particular pair in 2017, when it was in brand-new, deadstock condition. But last year, in 2019, I was in a hurry to catch my commuter train and as soon as I started sprinting, the sole started to crumble. I always knew about the possibility of this happening since its a vintage sneaker that originally released in 2000, but it was still heartbreaking when it actually happened. So now, I guess that they are in dire need of a soleswap. 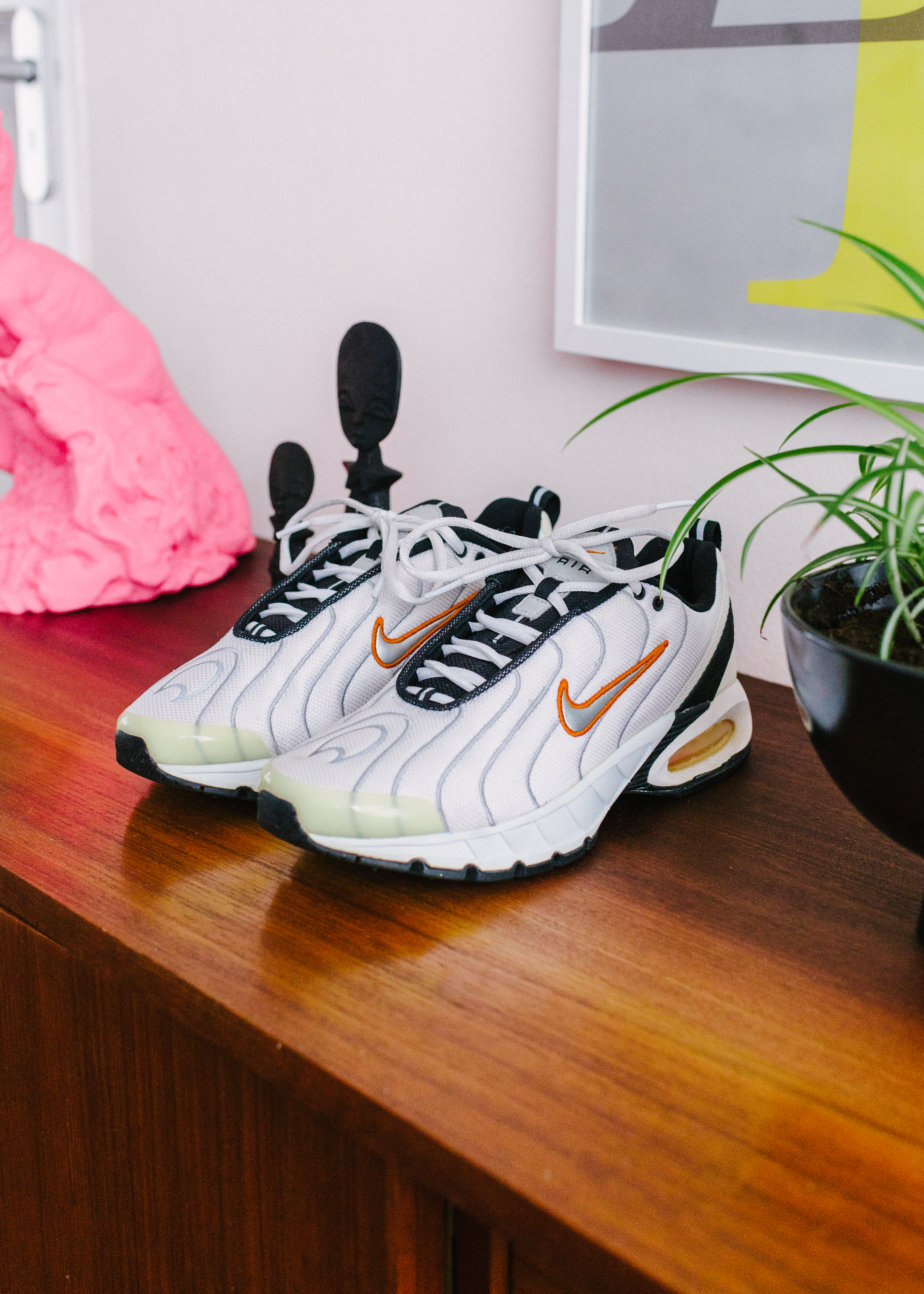 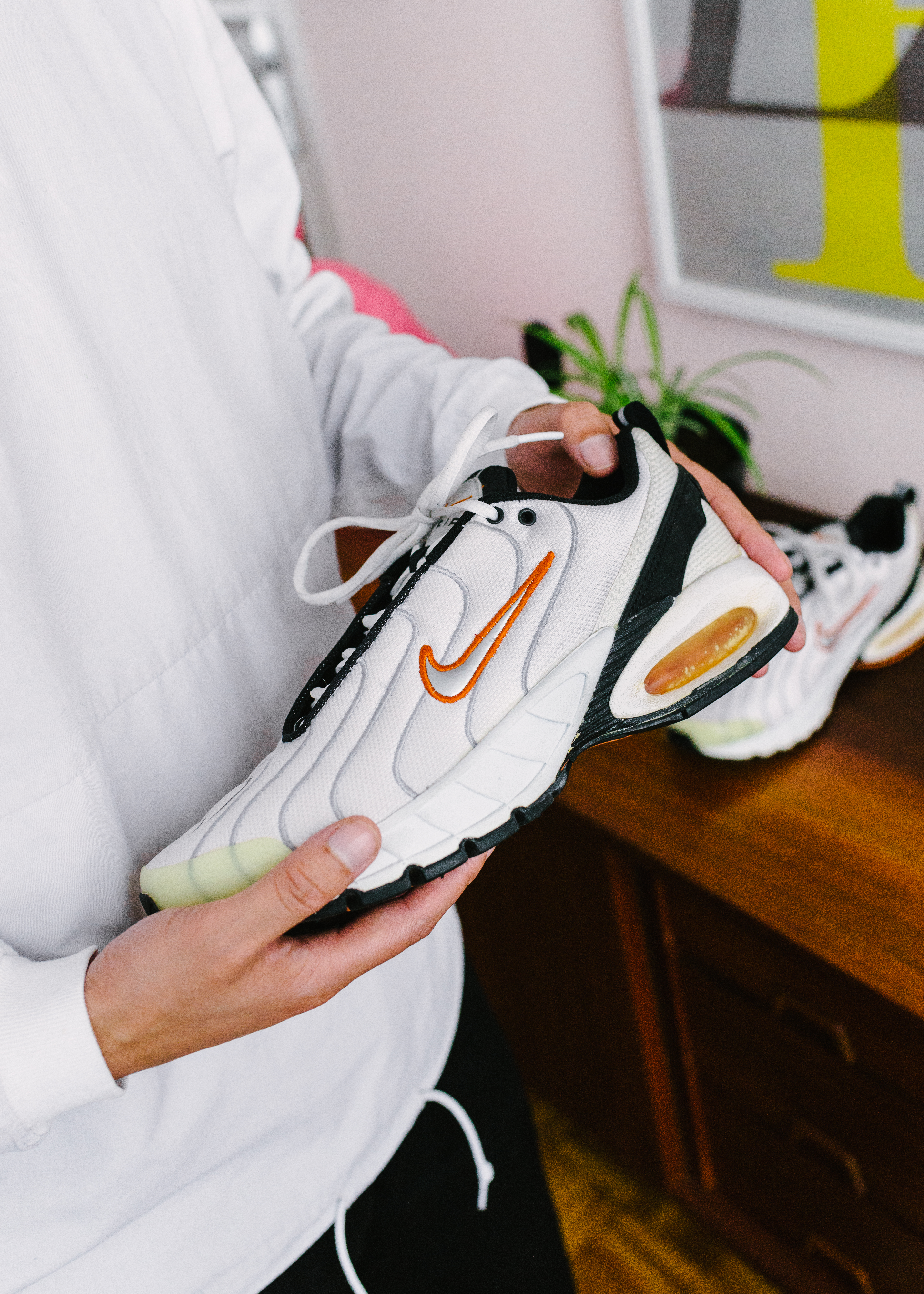 "In 2019, I was in a hurry to catch my commuter train and as soon as I started sprinting, the sole started to crumble.

I always knew about the possibility of this happening since its a vintage sneaker that originally released in 2000,

but it was still heartbreaking when it actually happened." 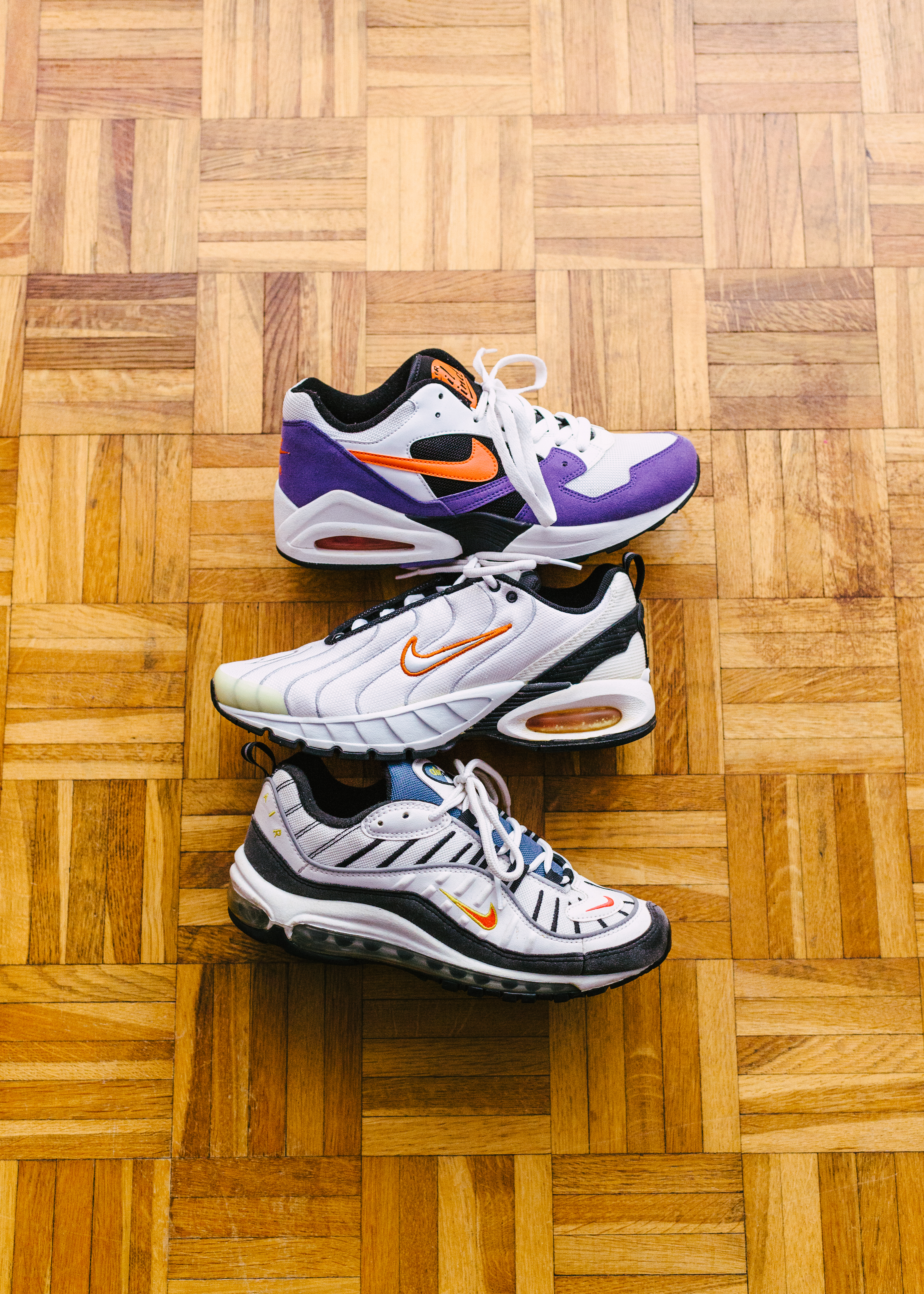 Wanna check out more about Rough? Head over to his Instagram!

CLICK HERE FOR THE PREVIOUS KICKIN THE DOOR WITH WOEI GRAPHIC DESIGNER CIAOSTER!