For the 12th episode of the Kickin' the Door Blog series, we caught up with creative swiss-army knife Marco "Maqqeau" Kolanus. Switching roles between Art Director and Graphic Designer from 9 to 5, he's also a proud full-time dad to his 2-year-old daughter. In his spare time, Maqqeau keeps it creative by picking up his digital or analog camera to capture everything lifestyle, streetwear, and sneaker related. You might even recognise some of his apparel and sneaker stacking shots from seeing them reposted by Hypebeast, Highsnobiety or Nicekicks.

We are curious - What are Maqqeau's Top 3 sneakers from his collection and more importantly, what are the stories behind them?

I'm usually not the biggest fan of sneakers with see-through uppers, but with a colorway this clean, I don't mind it at all! You gotta love the way Nike embraces history and pushes it into the future with this shoe. When you look at this release closely, it may look like theres a lot going on, but once you see them on-foot, they actually look surprisingly clean and minimalistic. I just love the techy details in combination with the unique materials and a very soothing colorway that can be combined easily with all kinds of outfits. Tip: I'd recommend sizing up half a size. 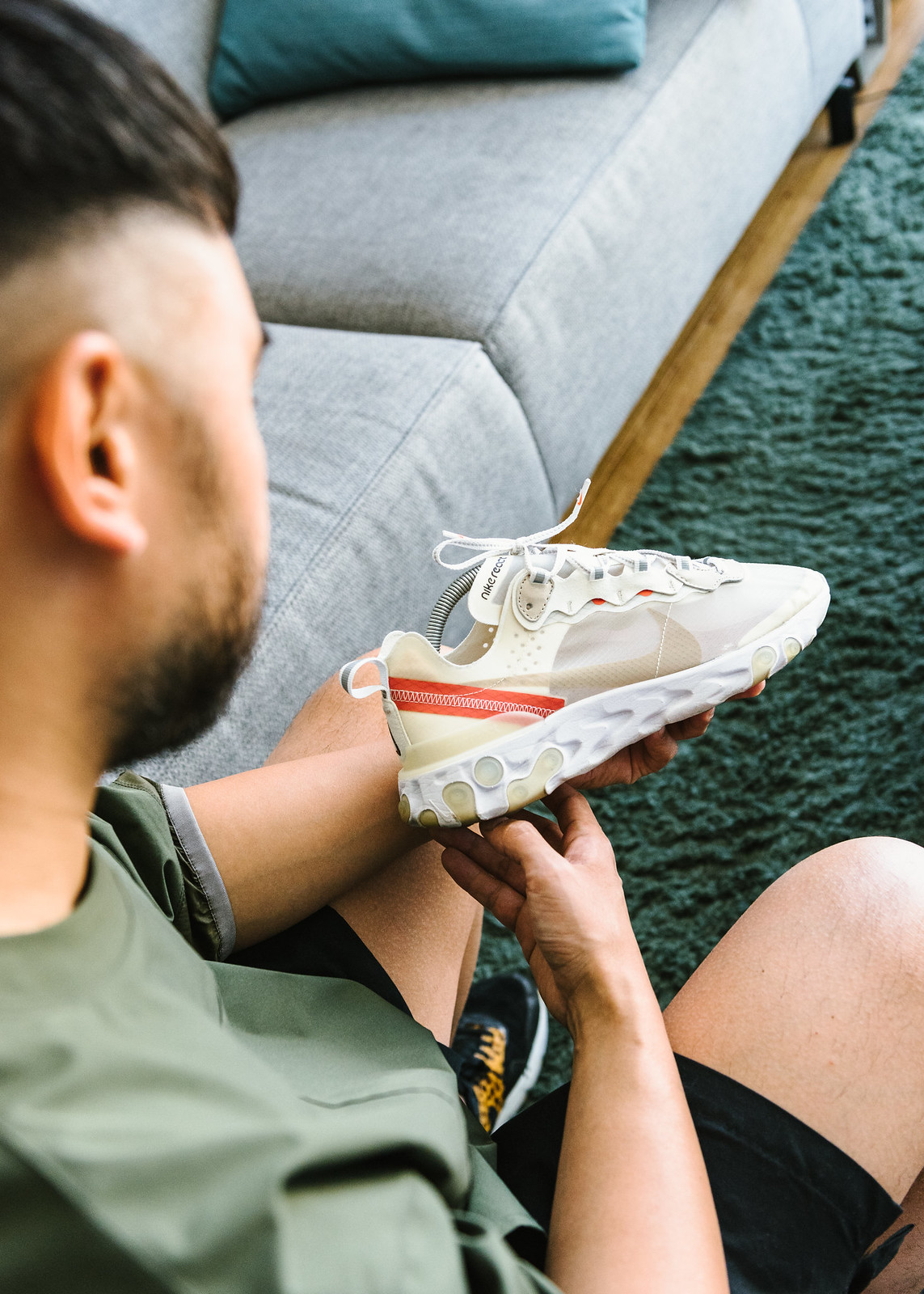 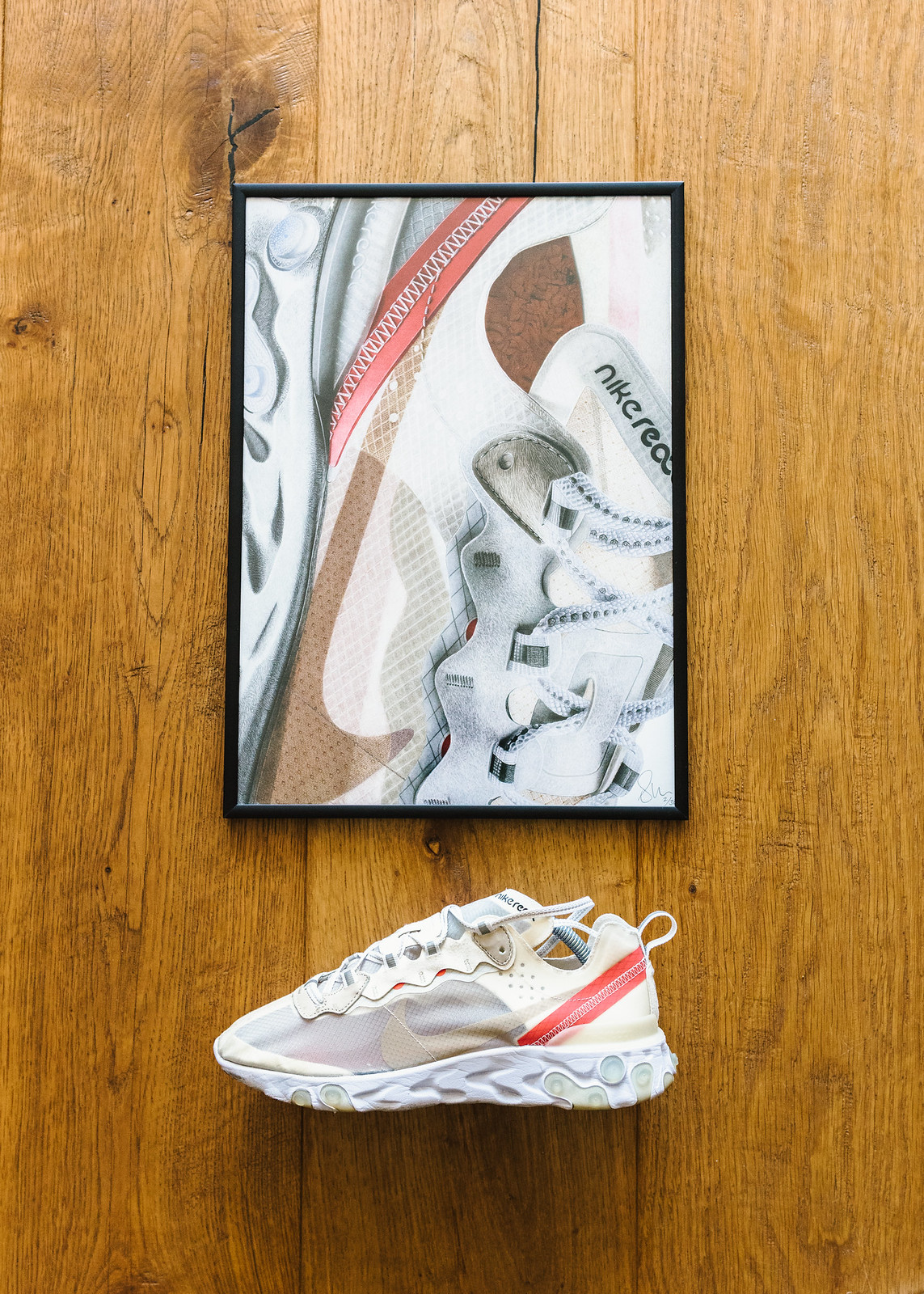 This 2006 release dropped as part of the "History of Air" pack. For the first time ever, Nike got rid of any kind of foam on the shoe, making it the first release with a 360° visible air bubble (hence the name). To celebrate this innovation accordingly, they applied the iconic 1987 Air Max 1 OG colorway, which in itself was revolutionary. For some reason, a colorway featuring Red, Black and Grey is almost always guaranteed to rock. 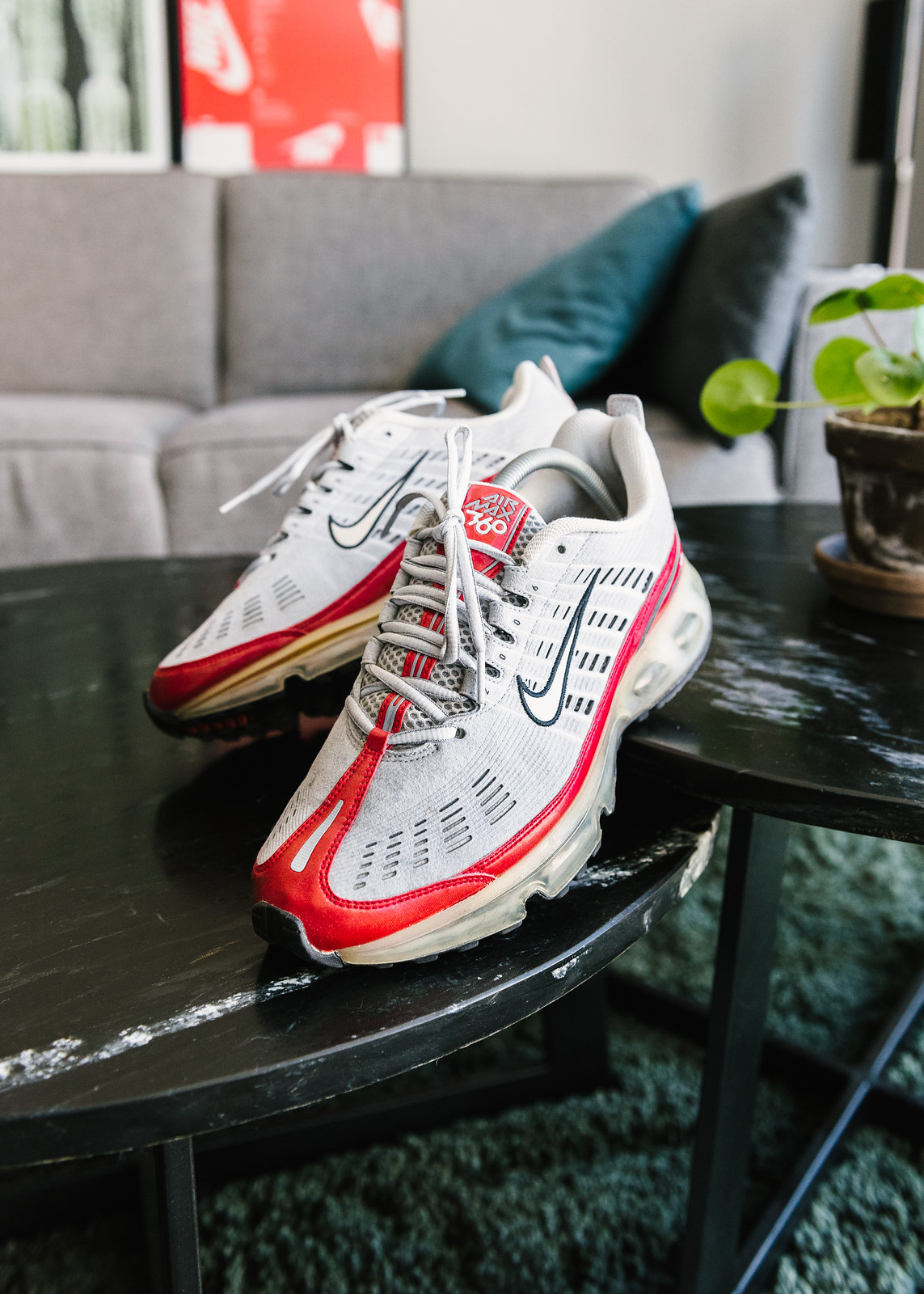 This one is pretty self explanatory, I think. What an insane silhouette. The upper features a legendary mash-up of the Air Max 97 with an Air Max 98 twist, which I also like a lot. Although this one might be one of the most underrated and forgotten Air Maxes out there, I feel very strongly about them deserving grail status. Personally, I believe that the 2005/2006 era saw some of the best sneaker releases in general, and this pair does live up to the statement. Nowadays, they are quite hard to find and since my pair is quite beat, I hope to find them in a better condition hopefully sooner rather than later. 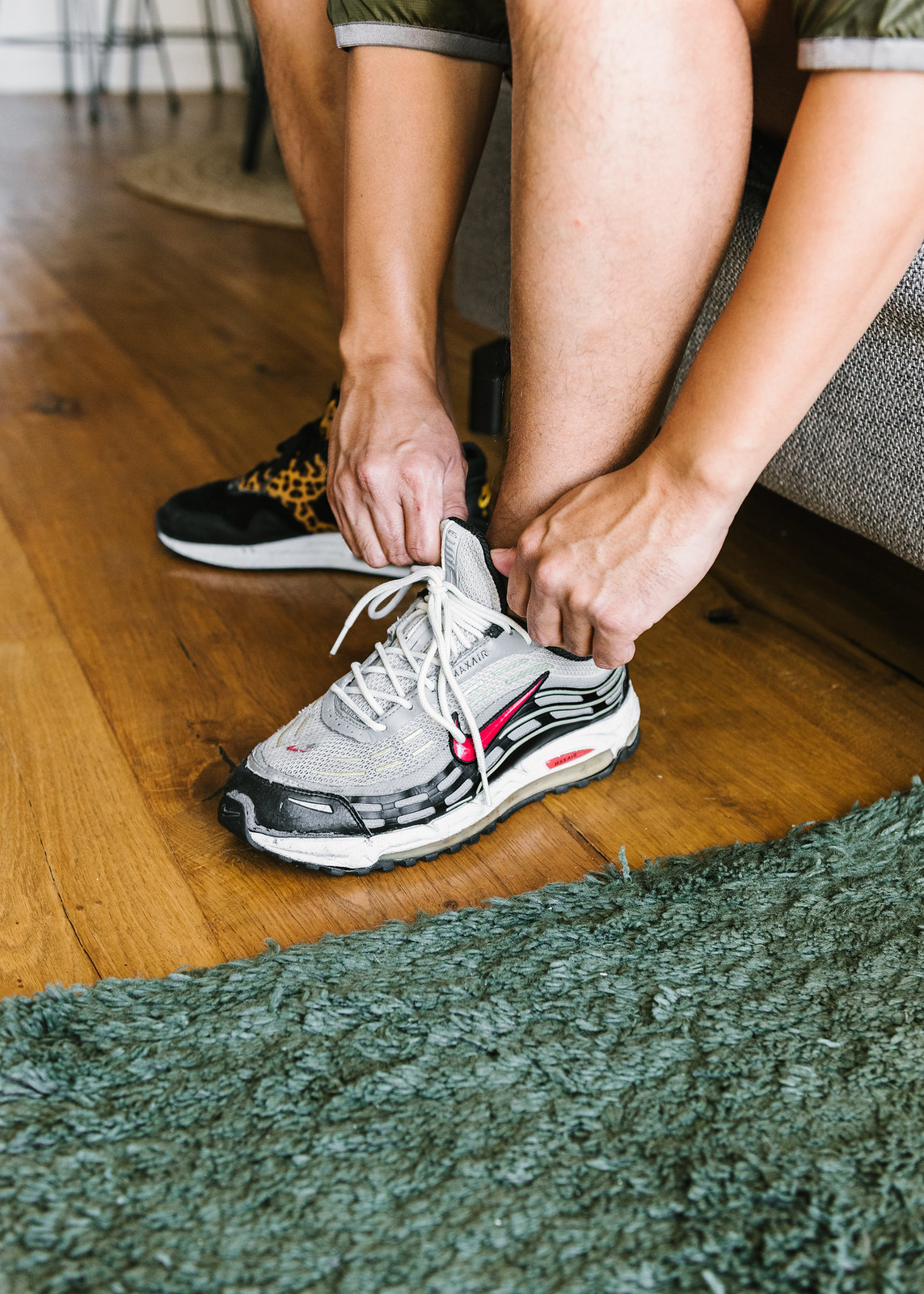 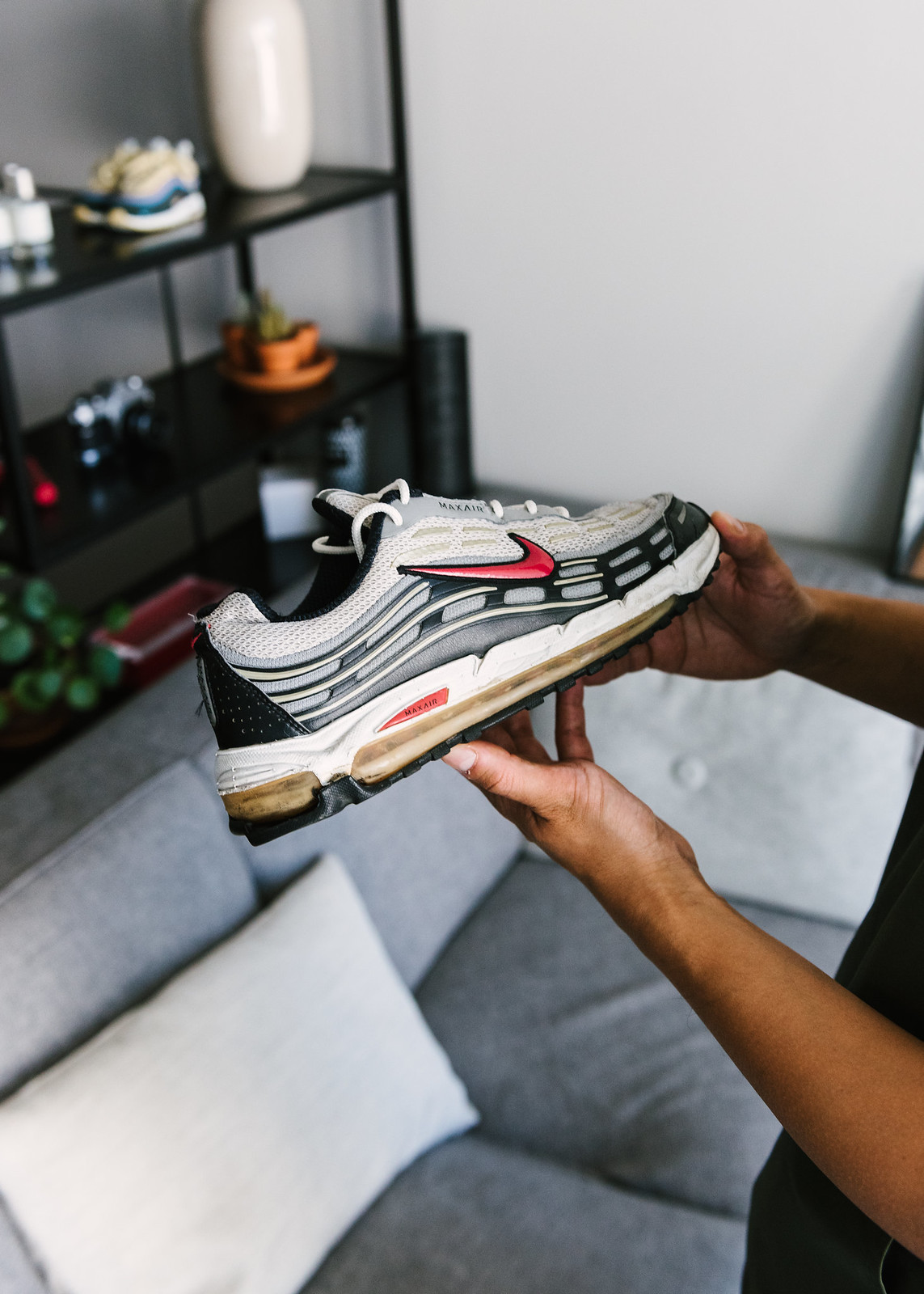 Another grail. When I talk about these shoes, it brings back memories from my schooltrip to Paris back in 2006. I didn't bring too much money with me because I wasn't planning on buying anything. But of course, life sometimes makes its own decisions... As we were walking around exploring Paris, we ended up at a random sneaker store I can't even remember the name of. You can imagine where this story is headed. My friends and I stood in front of a wall with the entire Power Wall Pack lined up. I immediately noticed the Air Max 1 BRS and Lemonade. Since I didn't bring enough money to buy both pairs, I had to call an emergency crisis meeting with my friends to make a decision. The Lemonades got the most votes, and so I brought a pair of the yellow-golden sneaker to the cashier. A couple of years later, I still couldn't let go of that moment. Did I make the right decision? I actually regretted not buying the BRS, and so the hunt was on. Luckily, I managed to get me a pair last year (and I can finally sleep peacefully again). 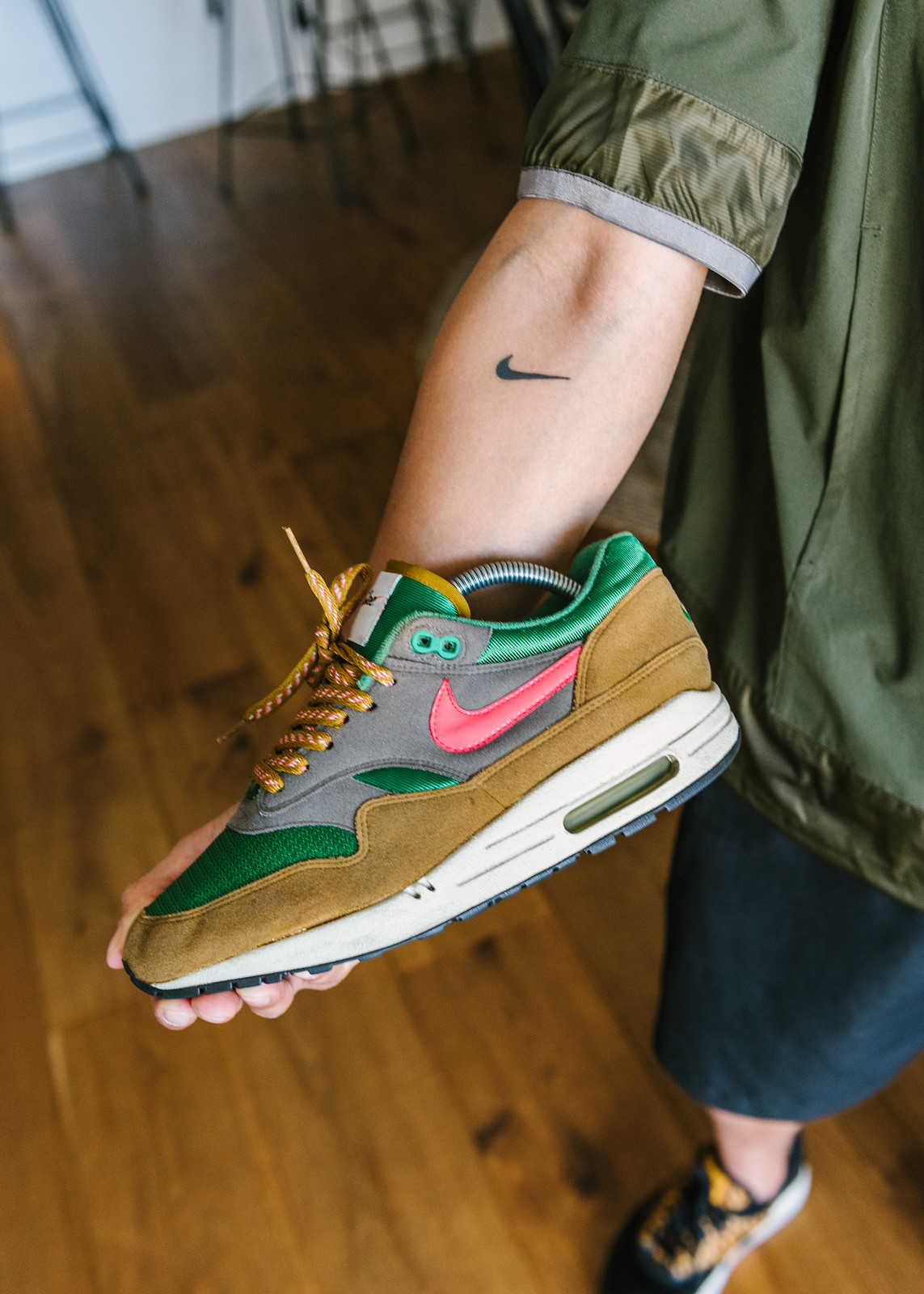 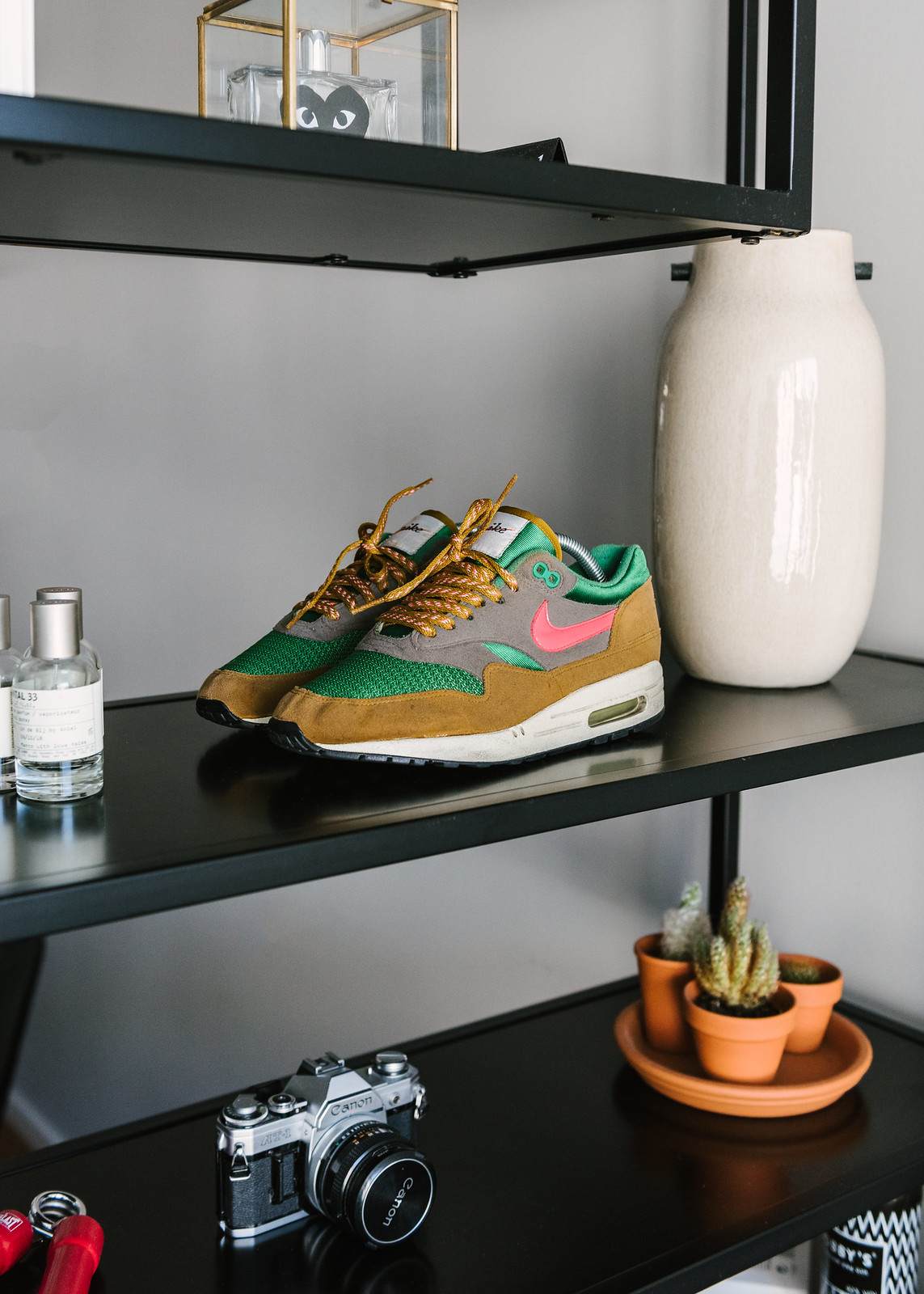 "My friends and I stood in front of a wall with the entire Power Wall Pack lined up. I immediately noticed the Air Max 1 BRS and Lemonade.

Since I didn't bring enough money to buy both pairs, I had to call an emergency crisis meeting with my friends to make a decision." 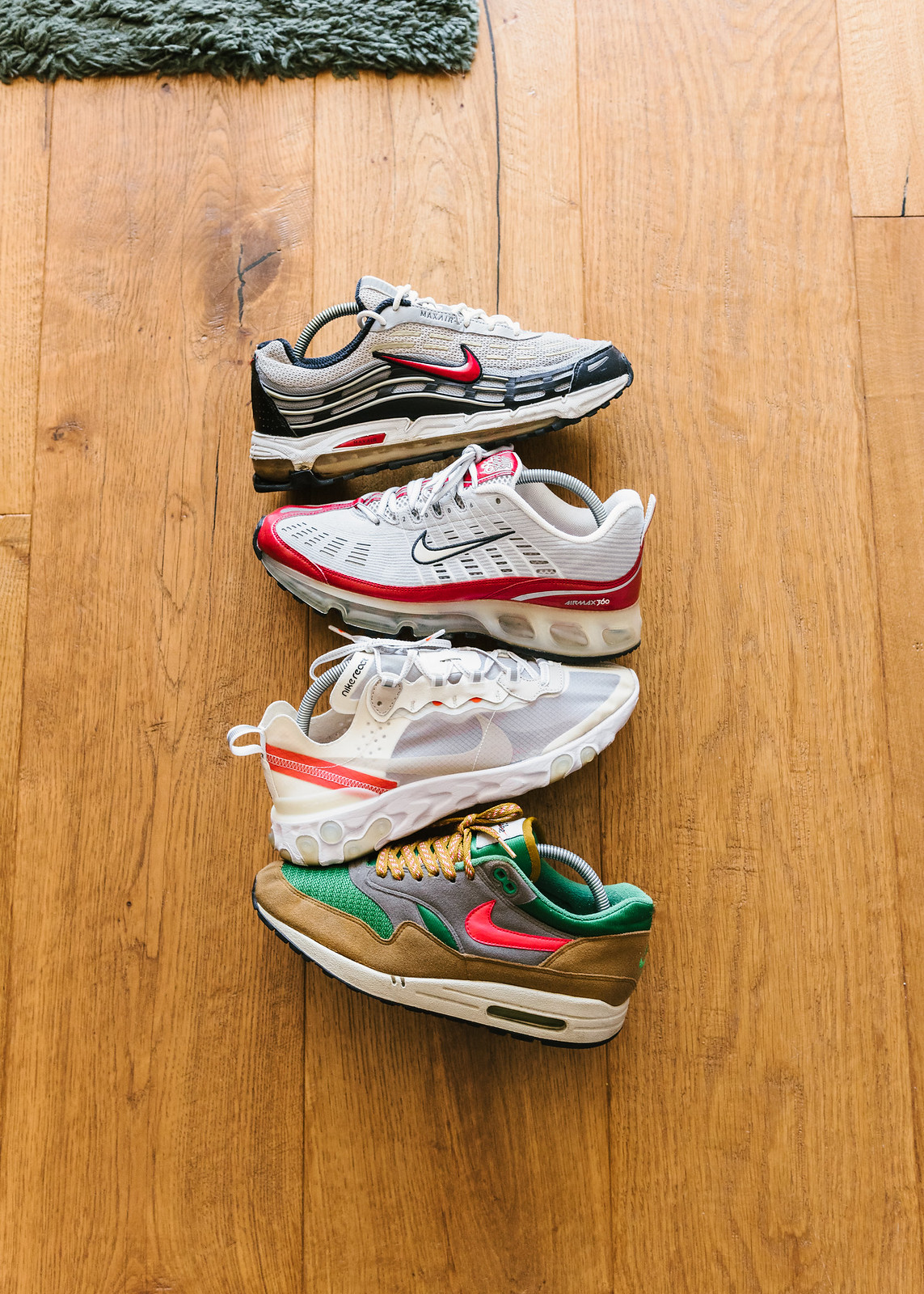 Wanna check out some of Maqqeau's infamous stacking shots? Head over to his Instagram!

CLICK HERE FOR THE PREVIOUS KICKIN THE DOOR WITH DIRECTOR AND FILM-MAKER ROCKY "SIR ROCCO" ROOS!