For WOEI FM episode #11, we linked up with Ruta Genyte to talk about her path from Lithuanian roots to wild London party days to arriving in Rotterdam to be behind some of the cities most exciting music events. 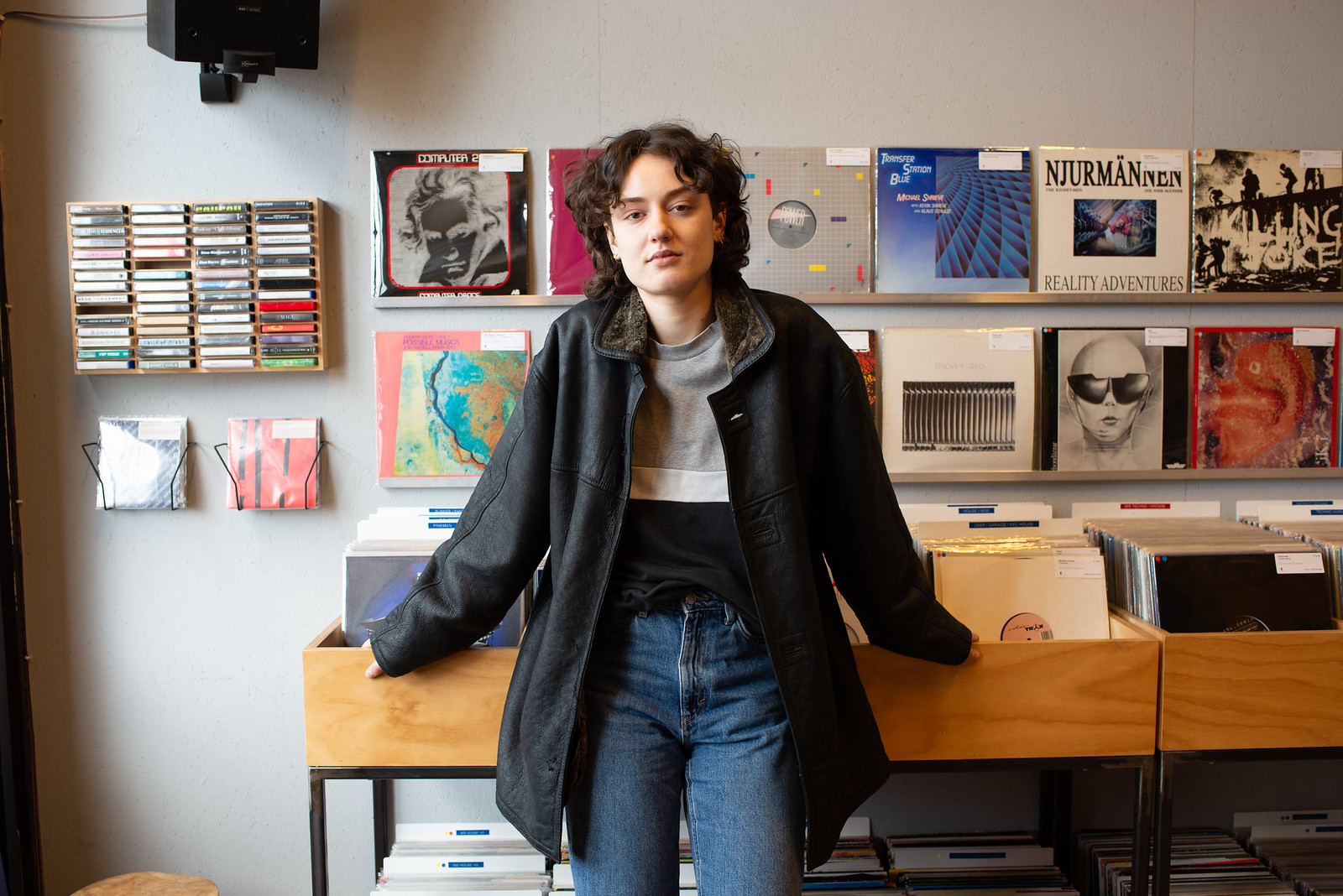 I’m Ruta, born and raised in the Lithuania, specifically in Siauliai, a city in the northern part of the country. Since there was a lot of nature around, I was out all the time playing in the fields, so I’d say I had a pretty decent childhood. We lived in the suburbs and had this abandoned garden which was super exciting to explore.

What brought you to Rotterdam?

After living and partying in London for 2 years, I felt the urge to go back to school. I started working on an application for a Uni in Berlin, and meantime I also radomly applied to an open spot at Erasmus University, which happened to accepted me. What persuaded me to come here is the fact that Rotterdam is somewhat close to Amsterdam, the only Dutch city I had visited before to party, and left a pretty positive impression on me. I had no idea Rotterdam would grow on me. Rotterdam is such an addictive city – the more you get to know it, the more you’re going to fall in love with it.

At the same time, Rotterdam reminds me of Lithuania. In a way, the locals are closed off, but if you get to know them, they open up to you. A difference of day and night when compared to London…

Right now, I work for Roodkapje, Pinkman Records and Worm. I’m very very happy and thankful that I’m still working besides the circumstances. So yeah, I can’t complain, I got enough to do.

It all started back in Lithuania and happened very organically. There wasn’t much to do where I grew up, so when I was a teenager I frequented these raves that were organized by a local collective. They threw parties in abandoned factories but were very structured in the way they kept on organising parties. The predominant genres at these parties were Psytrance, Techno and Punk, which they had a separate basement for. At the time, I didn’t really care all that much about the music, but I started to miss it when I moved to London and began searching for places that would play similar music. I ended up at Corsica Studios where we sometimes woke up on Sunday mornings at 4am to go out and party for days. I consider myself super lucky to have been surrounded by people who knew about good music and arranged tight parties. So the natural next step for me was to start promoting some parties. I noticed that I really liked the rush and adrenaline kick I got from working in the music industry.

Of course, moving to the Netherlands only expanded my music taste. Here, I feel like I really have the time to branch out and explore different genres. In London I was mainly listening to techno all the time.

"I consider myself super lucky to have been surrounded by people who knew about good music and arranged tight parties.

So the natural next step for me was to start promoting some parties.

I noticed that I really liked the rush and adrenaline kick I got from working in the music industry." 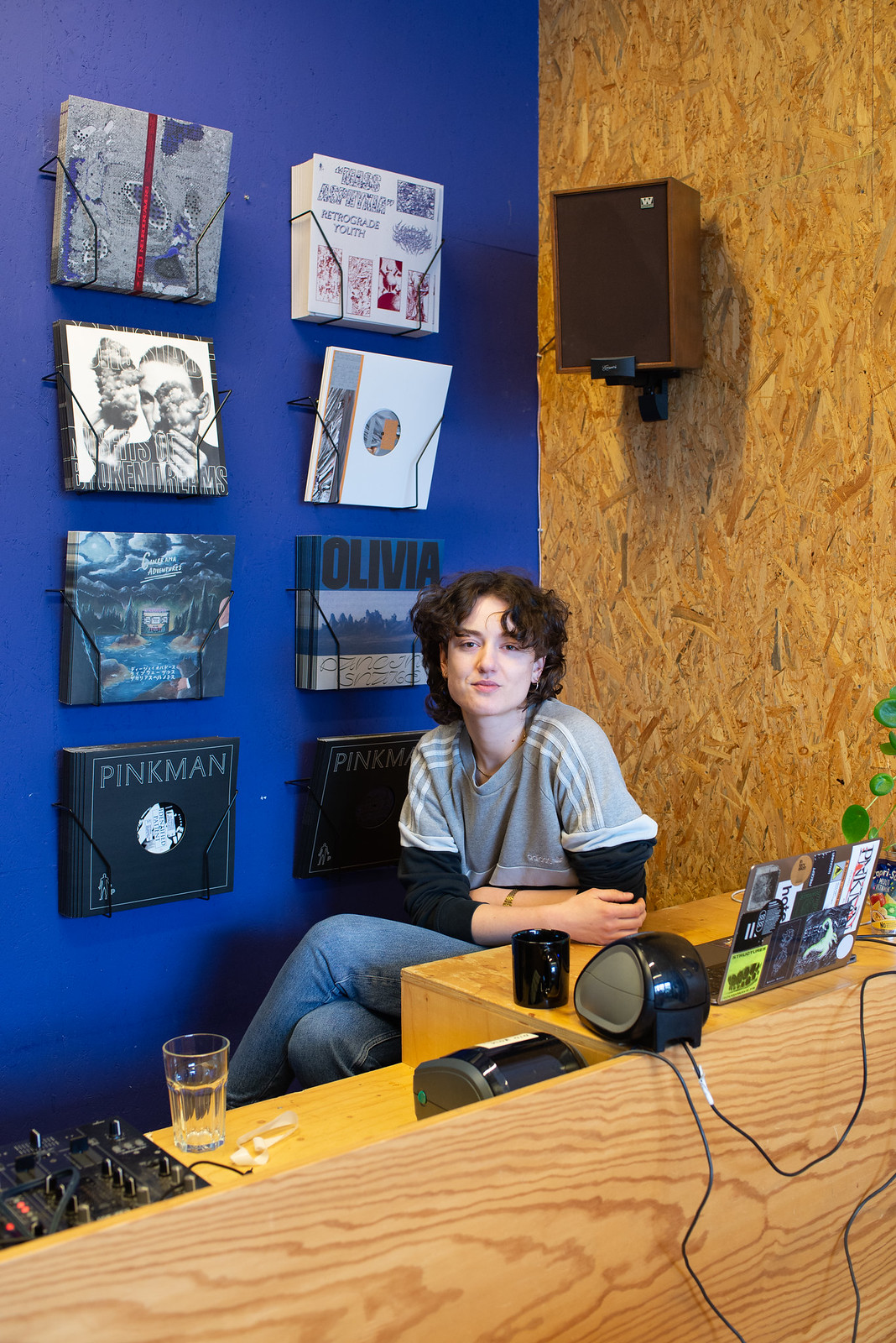 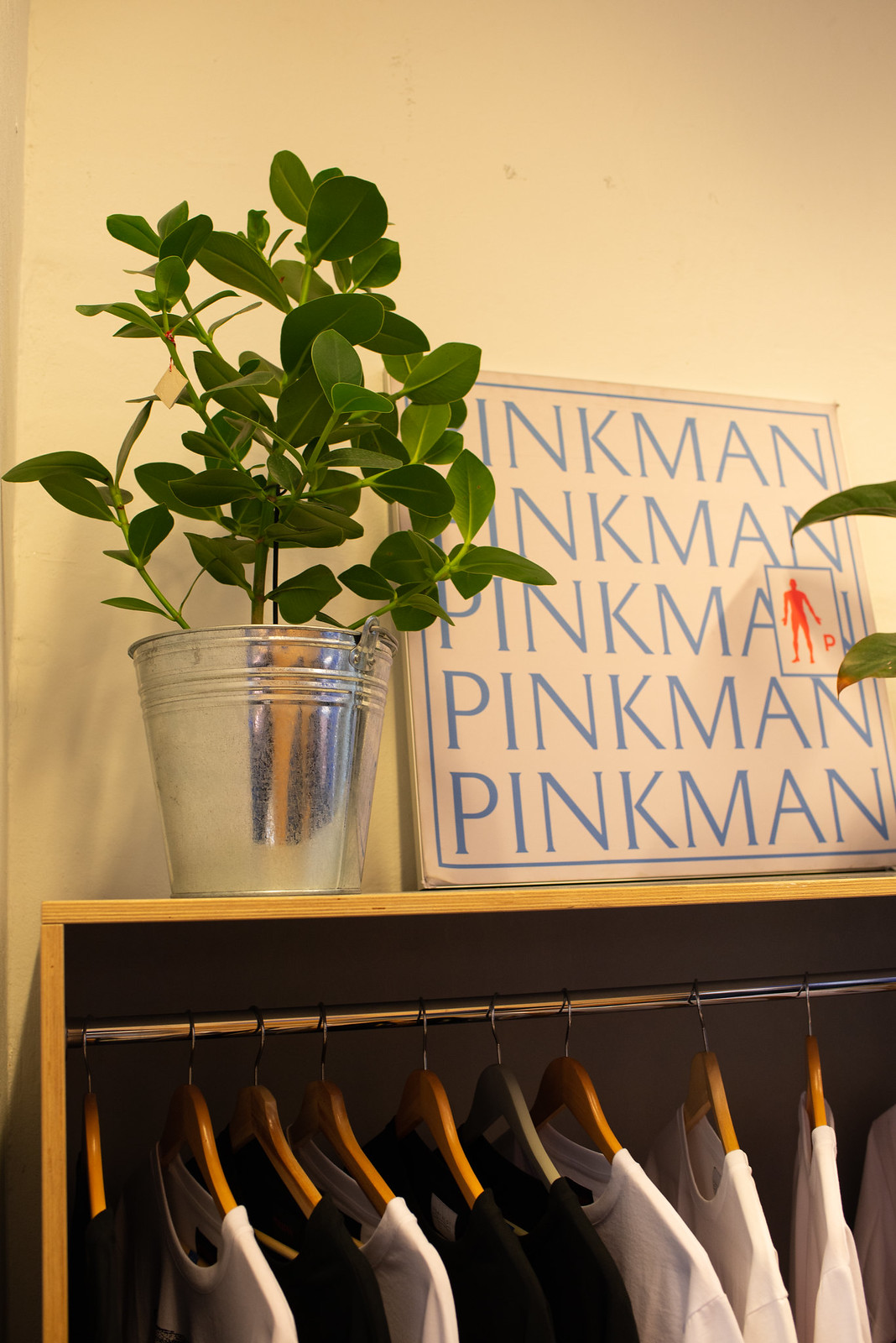 I do all sorts of stuff for Pinkman's label and store, I make radio at Worm, programming for Roodkapje and recently started DJing

How did you get in touch with Pinkman Records?

Basically, the first time I visited Amsterdam to party, I also checked out Rotterdam. I dropped by a record store and discovered labels like Pinkman and Mannequin Records. I was like “Shit! I really love this stuff!”

And 2 years ago, my colleague who I worked with at BAR, Mark, posted something about an internship at Pinkman on his socials. When I saw that, I was like “Let’s go for it!”. And now I’m still here working for the label. I gotta admit, this place inspires me a lot and Patrick always tries to push me to develop myself in different ways. It's a great environment.

As soon as I hear the name of the venue, I can usually make this connection in my mind with a couple of tracks that would create and fit the vibe of it. And I keep on building from there. 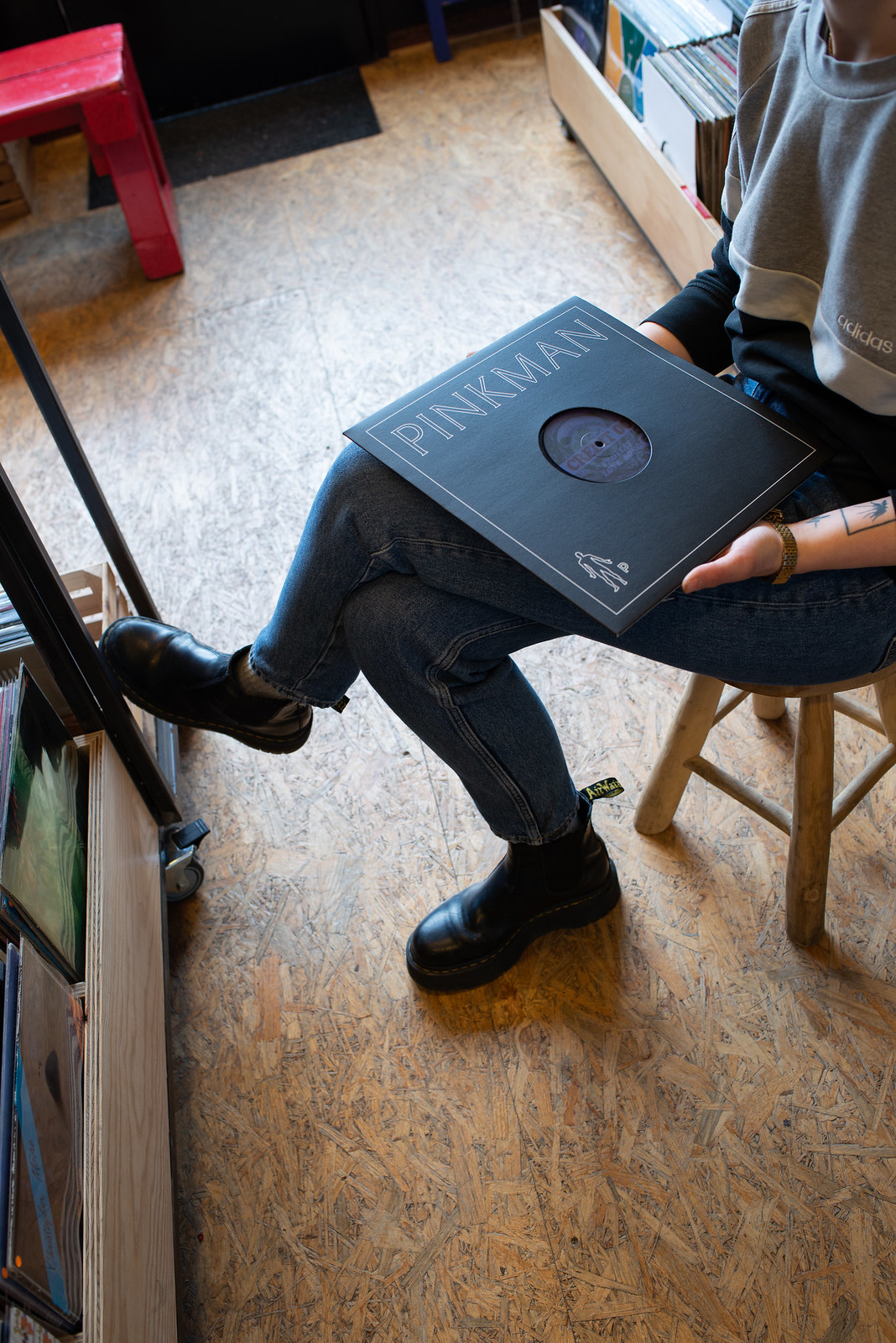 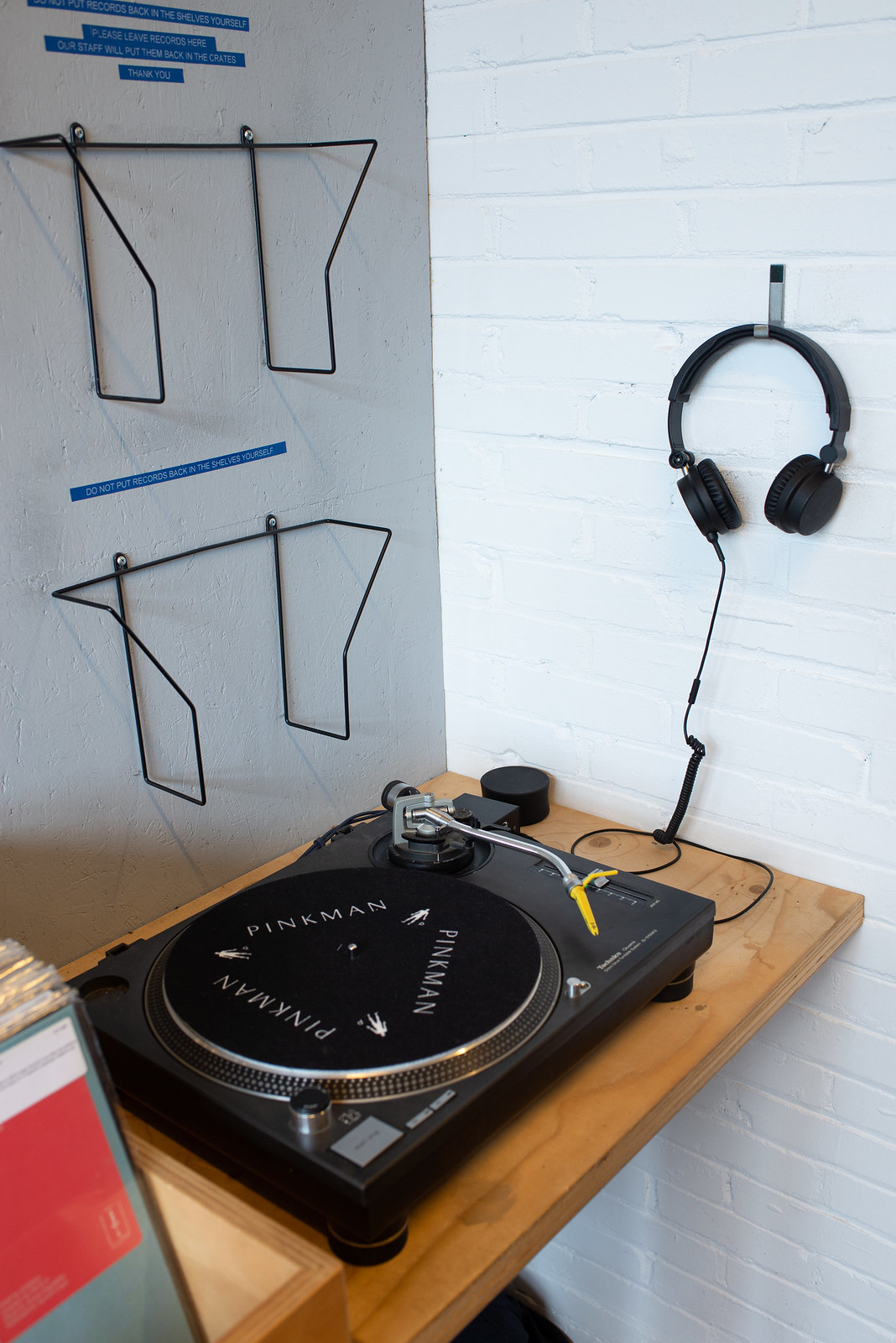 "2 years ago, my colleague who I worked with at BAR, Mark, posted something about an internship at Pinkman on his socials.

When I saw that, I was like “Let’s go for it!”. And now I’m still here working for the label. I gotta admit, this place inspires me

a lot and Patrick always tries to push me to develop myself in different ways. It's a great environment."

Don't have many stories on this as it's a recent thing, but perhaps The Mono Fundraiser. Patrick sent me a voice message about 4 days before the event, saying that Pinkman is not only about him but rather about the people around him. So he told me that I had to play at the fundraiser. You know how Patrick is, when he says stuff like that, he basically made the decision for you already. I felt super stressed and under a lot of pressure. Marsman was supposed to play, but now it was Genyte on the line up. In the end, it was really really nice. I felt a lot of support and love from friends and colleagues, which was amazingly heart-warming and made everything much easier.

I'm still finding out where I want to go with DJing, but I feel like right now I like to play more radio and listening sets. But who knows! So Panorama Bar, if you're looking for someone I'm still open to it.

Credit 00 - Jus Tee Naa. Because it's my favourite off the latest Pinkman Records release! 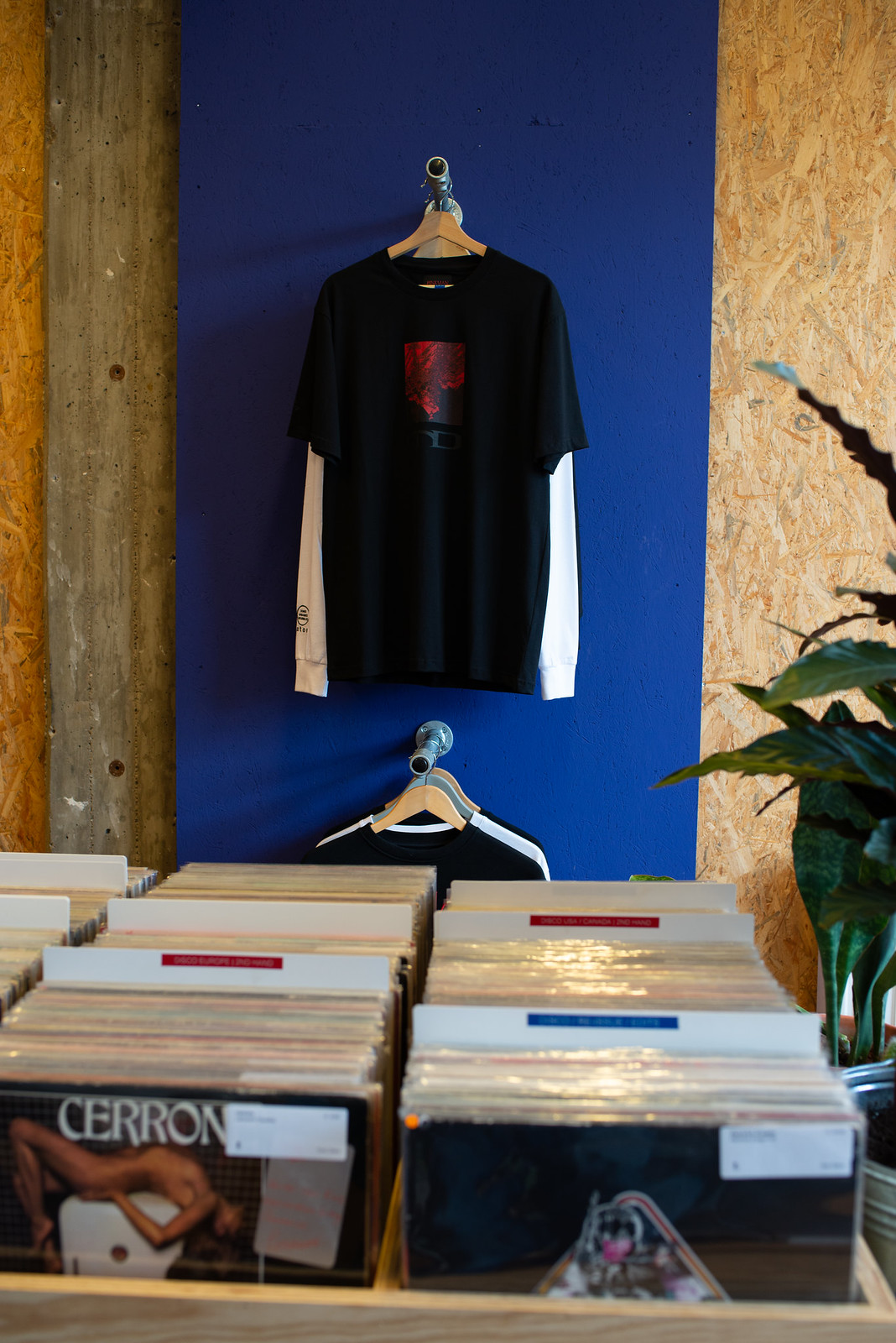 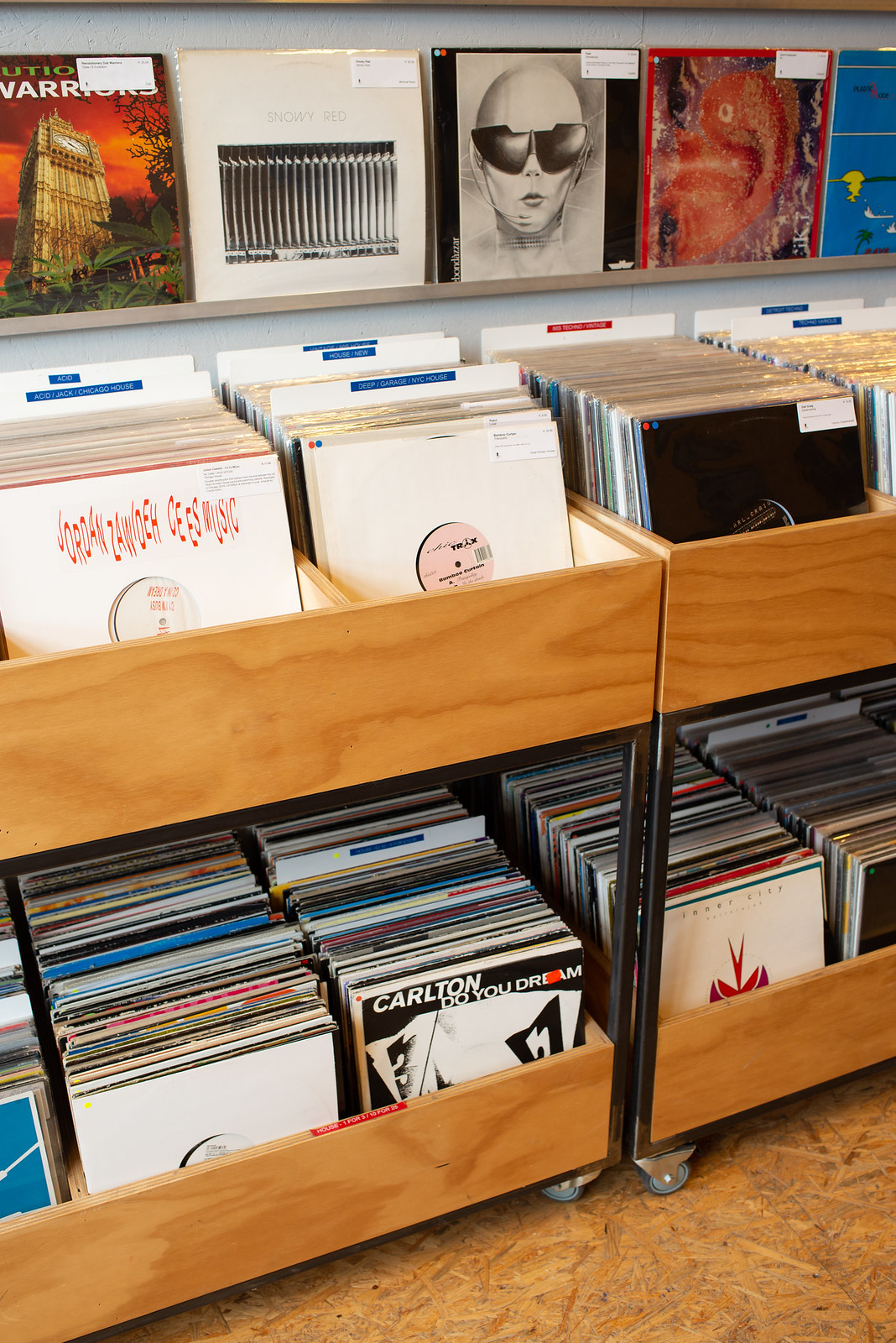