For WOEI FM episode #12, we caught up with Moods to hear about his first steps in the industry, rising to YouTube fame after one of his first songs went viral and how he developed since then. 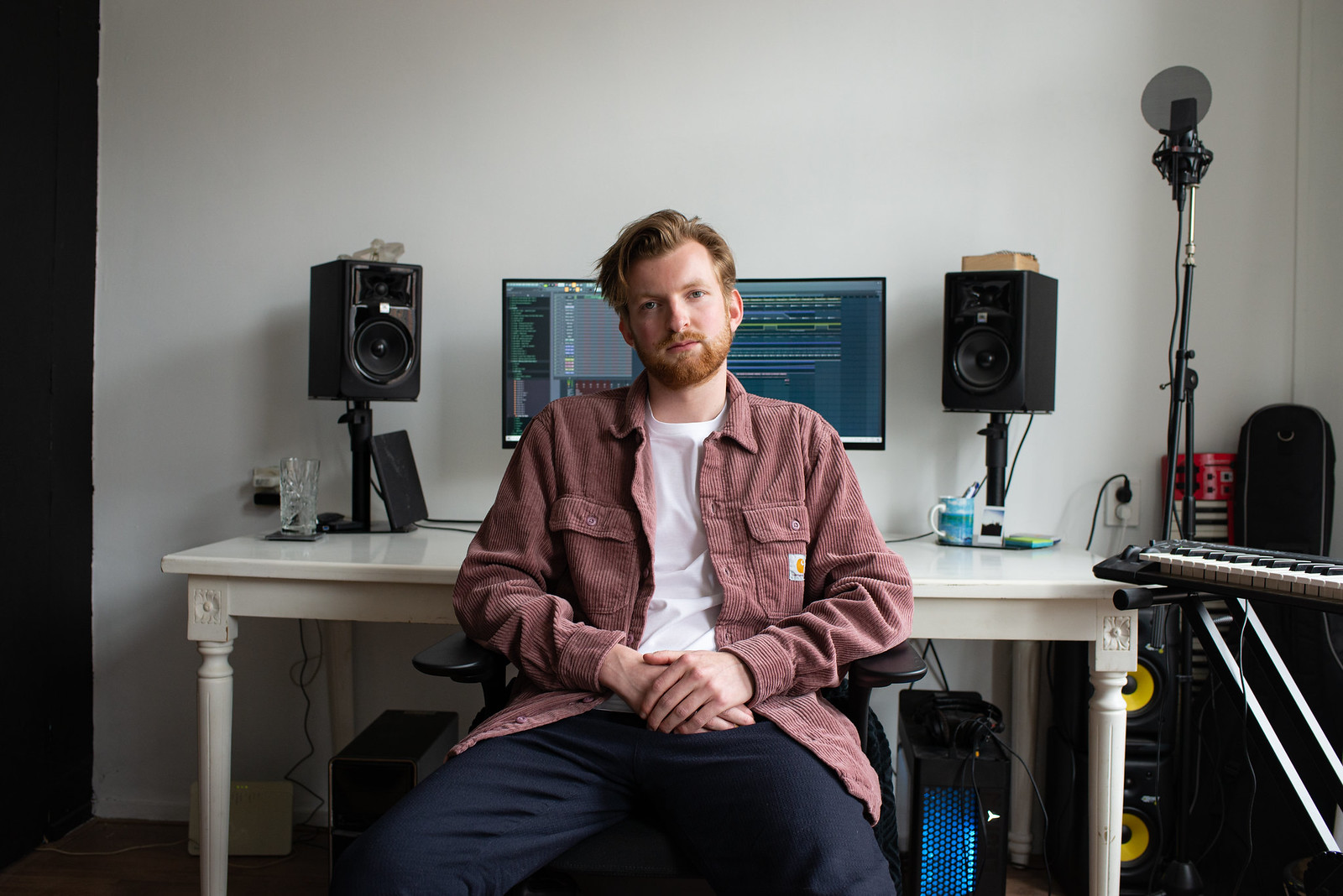 Hey, I’m Nick, also known as Moods, and I’m 30 years young. I spent a big chunk of my childhood at my parents place in Middelburg, a city in Zeeland, that's still very close to my heart given the many nice memories I made there. I moved to Rotterdam when I had just started my degree in Art & Design. After almost a year of commuting between Middelburg and Rotterdam, I got so tired of it that I decided to move to Rotterdam full-time. Fun fact: I shared my first student apartment in Rotterdam Noord with my close homie Franky Sticks – We go way back!

My daily life is currently pretty chill since there are no DJ gigs due to Corona. So basically, I wake up, make a quick breakfast and then slowly get into music-related stuff like making it or studying the craft. For instance, I’d be looking into new production techniques to add to my skill set or listening to music. It’s all about absorbing creativity and finding the right inspiration.

Do you play any instruments?

I started with sampling older music so I wouldn’t need to learn to play an instrument. But throughout the years, I taught myself to play the piano. To be completely honest though, I have never learned the theory behind it all, I create by feeling and rely on my ear. That’s all.

I started messing around with music when I was twelve. I had a big love for making music from the first moment & I never stopped making music really. I did it every day. I was obsessed. My parents are creatives too so they really gave me the space to pursue & create music without pressuring me too much about school or jobs etc.

At the age of 19 things got more serious when Majestic Casual posted my song 'Love Is Real' on their Youtube channel. They gave me the big exposure. My song went pretty viral with a million views in a few weeks. I wasn’t making any money at that point with music till I got a manager & he made sure I could release the music officially on a label. I signed a deal for a couple of projects with the label Boogie Angst run by KRAAK & SMAAK my friends from Leiden. They opened doors for me with their network & experience and the most important thing they trusted my vision. That’s how it started.

"At the age of 19 things got more serious when Majestic Casual posted my song 'Love Is Real' on their Youtube channel.

They gave me the big exposure. My song went pretty viral with a million views in a few weeks" 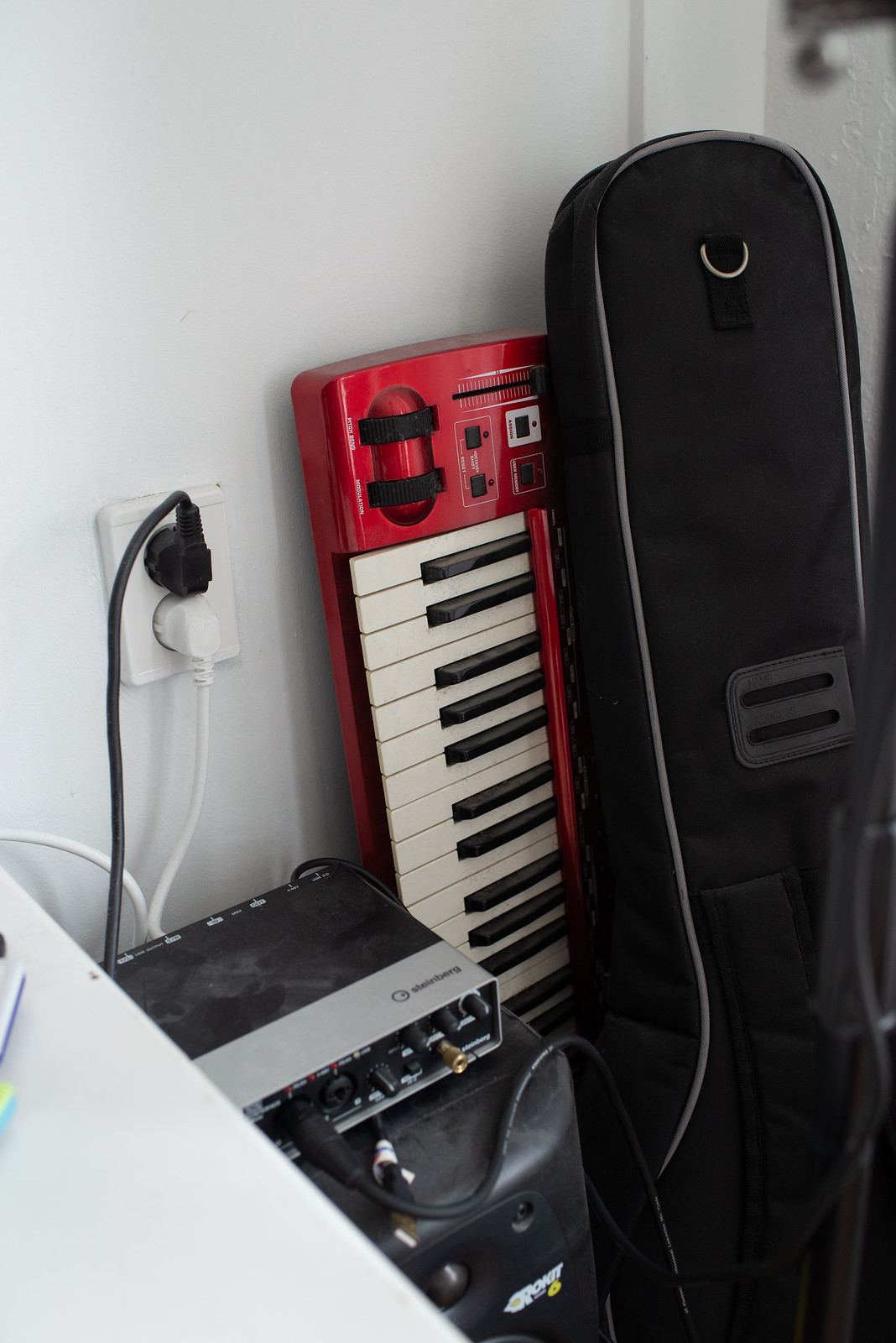 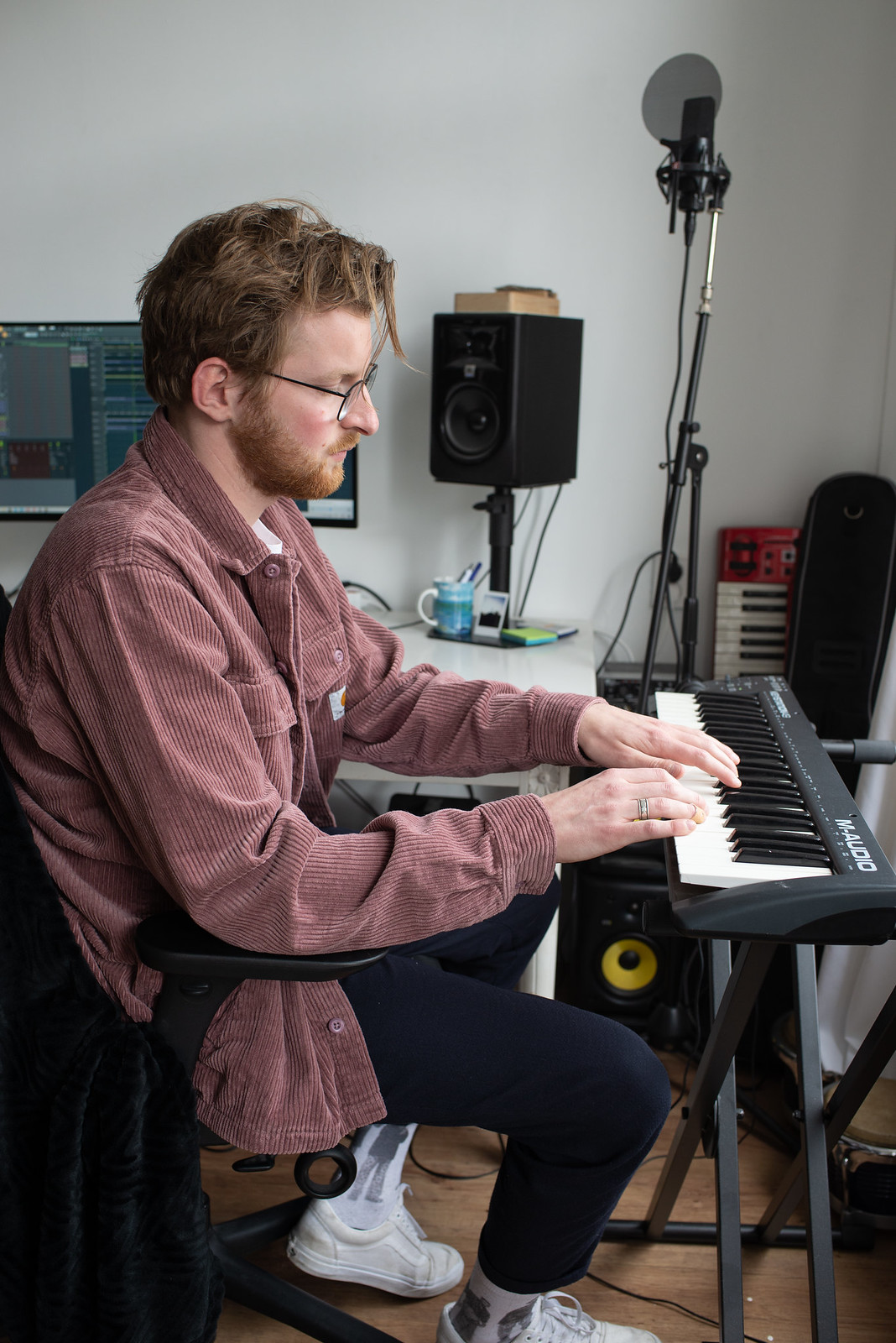 I do my part by creating music. I always aim to deliver something unique and try to push my own boundaries to stand out a bit… well at least for myself. It’s absolutely crucial in these times since everyone can make good music since it’s so accessible and there are countless of talented artists in this oversaturated market.

You have quite the international following. Where is the majority of your listeners from?

Most of them are from the States, in Los Angeles.

No, not really. Actually I’m doing the same thing as before, just with deadlines. There’s a bit more pressure I suppose but that's about it. I gained a lot of experience so I can rely on that.

How would you describe the genre of music you're creating?

I would say that my music is rooted in Hip Hop with influences from Funk, Soul & Disco.

How do you keep true to yourself when it comes to music?

I try to ignore the rules where I can when it comes to music production. The number 1 rule is if it sounds good, it’s good. It’s simple really. Trust your ears and it will be okay. Experimenting with sound is super interesting. You can create almost any sound if you know your way with effects and if that results in a sound that I feel, I use it. I think that this is also the part that adds and reflects my personality or sound in the songs. 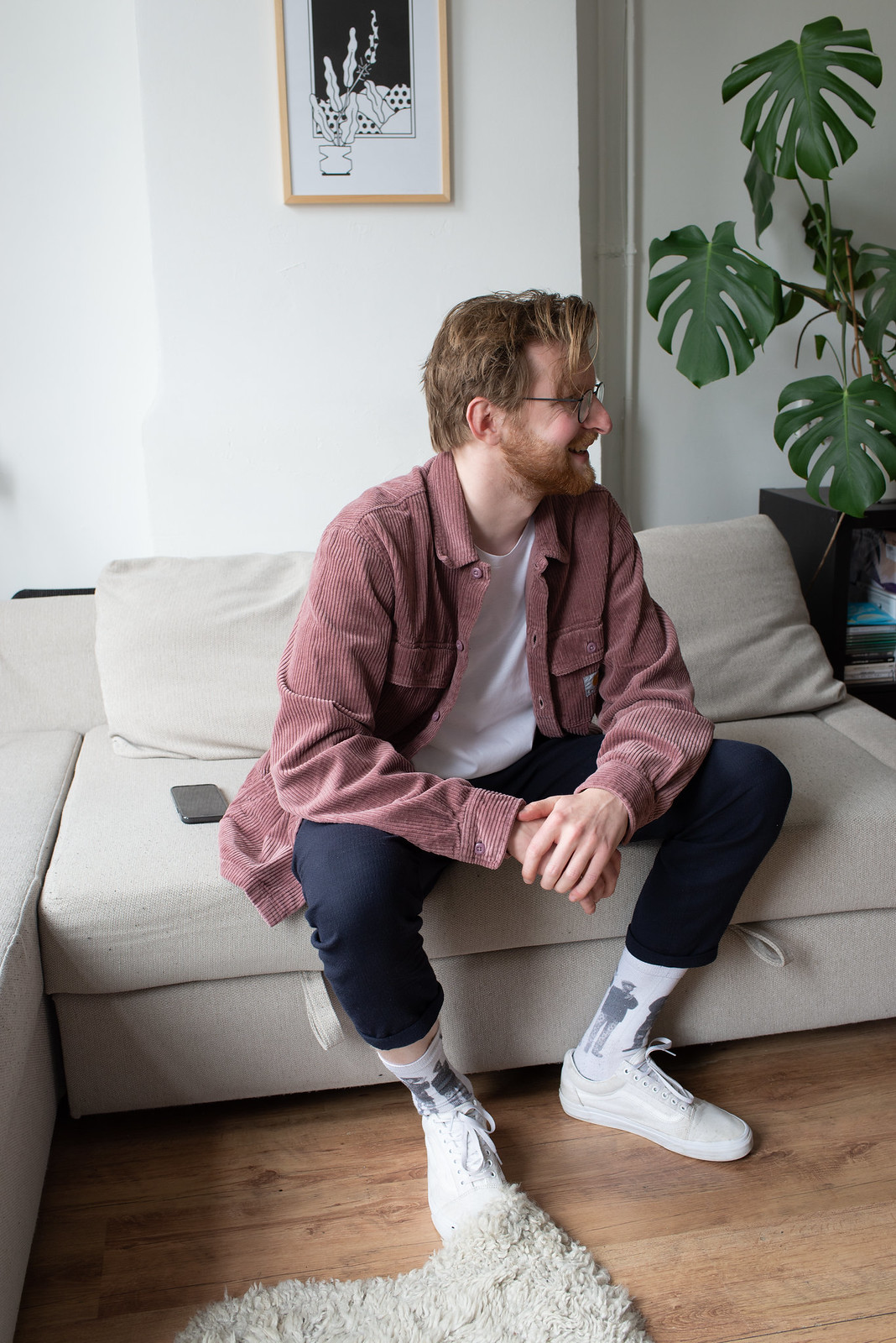 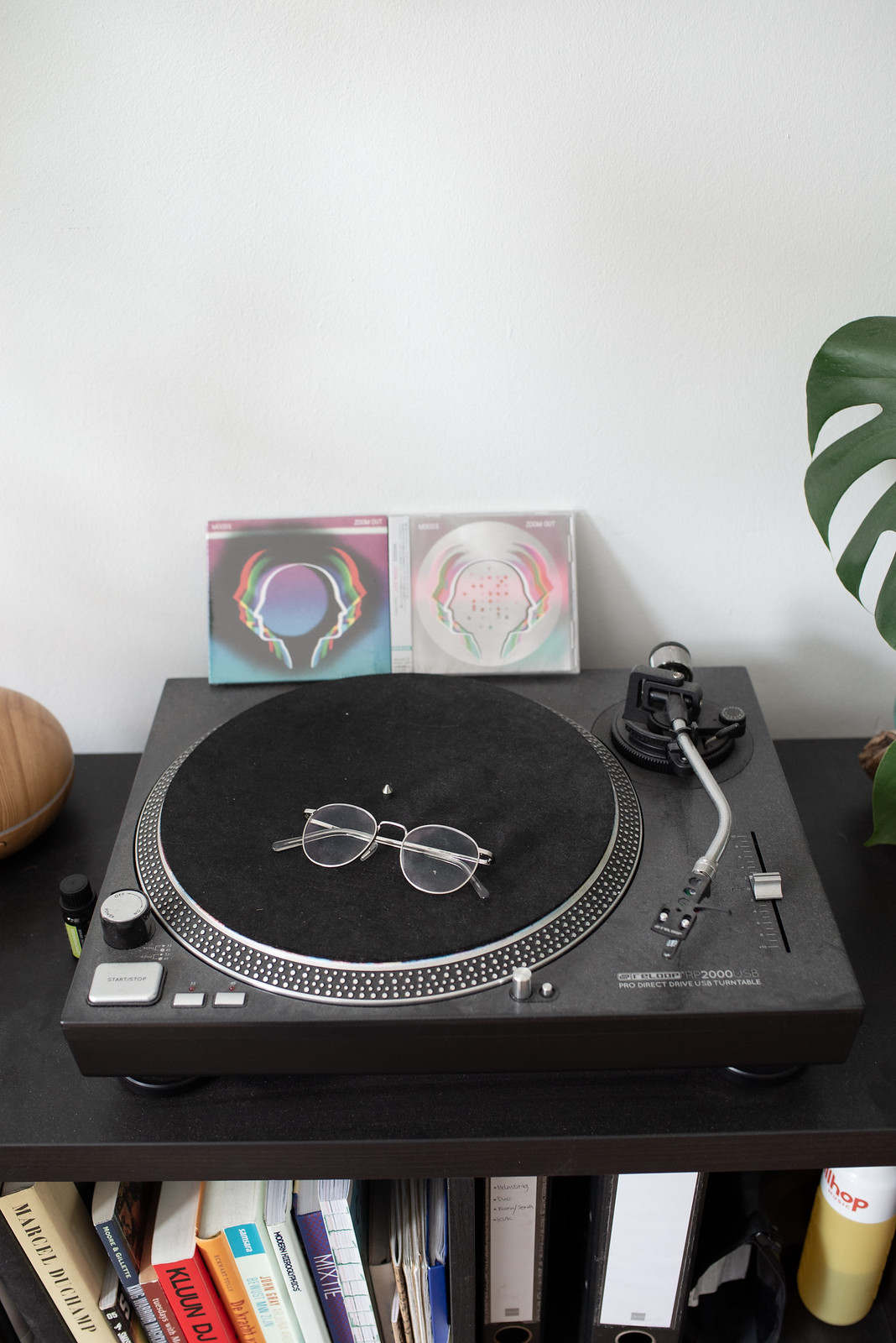 "I try to ignore the rules where I can when it comes to music production. The number 1 rule is if it sounds good, it’s good.

It’s simple really. Trust your ears and it will be okay.

I think that this is also the part that adds and reflects my personality or sound in the songs."

What was the most absurd or challenging gig during your career? What happened that made it so crazy?

I had a bad gig during my first tour in the States. I had just landed in LA and my show was scheduled for the very same evening in the “The Regent” in downtown LA. Everything was rushed. The venue was beautiful and could easily host thousands of people. Initially, I expected it to be a really enjoyable, not overly challenging evening, since a lot of my listeners are based in Los Angeles. So I thought that I might just play my own songs and it should be good.

The thing was, that I was the supporting act of this energetic Drag act called Big Freedia from New Orleans and the location was packed with fans of the headliner. So when I came on stage, a few girls in the front row started yelling multiple times at me in the midst of my set, loudly asking when the headliner would show up. Since touring was still brand new to me and I was simply excited to play my set abroad for the very first time, I told them to be patient & shut up because it’s disrespectful. This is something I would definitely do different nowadays, but at the time I just didn’t know any better. Lesson learned.

Anyways, it caused the girls to start boo-ing me and more and more people began to join in. It was a mixed vibe. I still had a full hour left on the clock but decided to end the set half an hour early. The worst part was when I had make my way through the crowd to get to the office where I could claim my fee. It was my very own walk of shame. When I entered the green room after my set, I met the Big Freedia crew and everything made sense to me: They were the complete opposite of me in terms of performance and appearance. It was a mismatch in the line up and that happens sometimes. Either way these things lead to funny stories. Now I can laugh about it.

Red Rocks in the Rocky Mountains. It's a gorgeous outdoor amphitheater in the middle of the desert. All big artists like Oja, Kaytranada, Sango, Diplo, Flying Lotus, Nas, Schoolboy Q or Thundercat have played here. I had a very kind AirBnB host who showed me this amazing place.

MNDSGN – Hope You’re Doin’ Better. This tune really helped me through some grey lockdown days and his approach to music is very interesting to me. His sound design is very unique and the arrangements are always on point.

Whats next for MOODS? What does the future have in store for you?

I’m working on a “live” instrumental album with friends at the moment. I made some demos at home and we replayed & recorded those in a live band setting with Joris on drums, Lennard on keys, Yasper on guitar & Rik on bass at the Eminent Studio in Leiden. The fun part is that I’m bringing those recordings back home to my studio and arrange & mix them and add my sauce to it. The whole project is an experiment because I’ve never done it like this before and I’m figuring out a lot of stuff along the way. Lots of work to be honest but it is extra rewarding to see it come together. On 80% now. This week I’ll be recording some horns with Bart Wirtz and it should be done by the end of the month. It’s gonna be summer vibes.

Also 2 weeks ago I released a single on Bluenote, a famous jazz label. Bucket list stuff for real! It’s called “The Good Things” and it’s on all the streaming services. 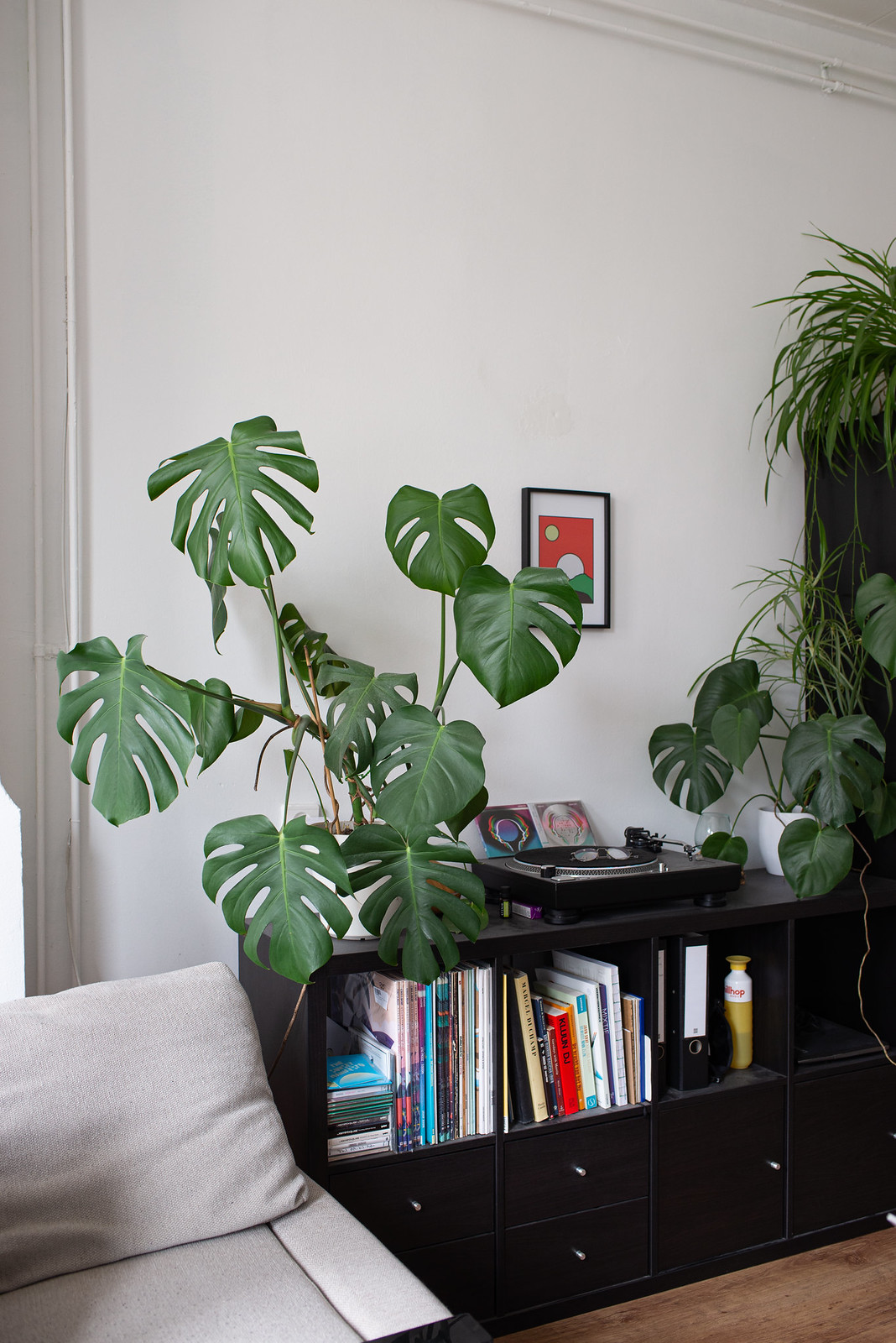 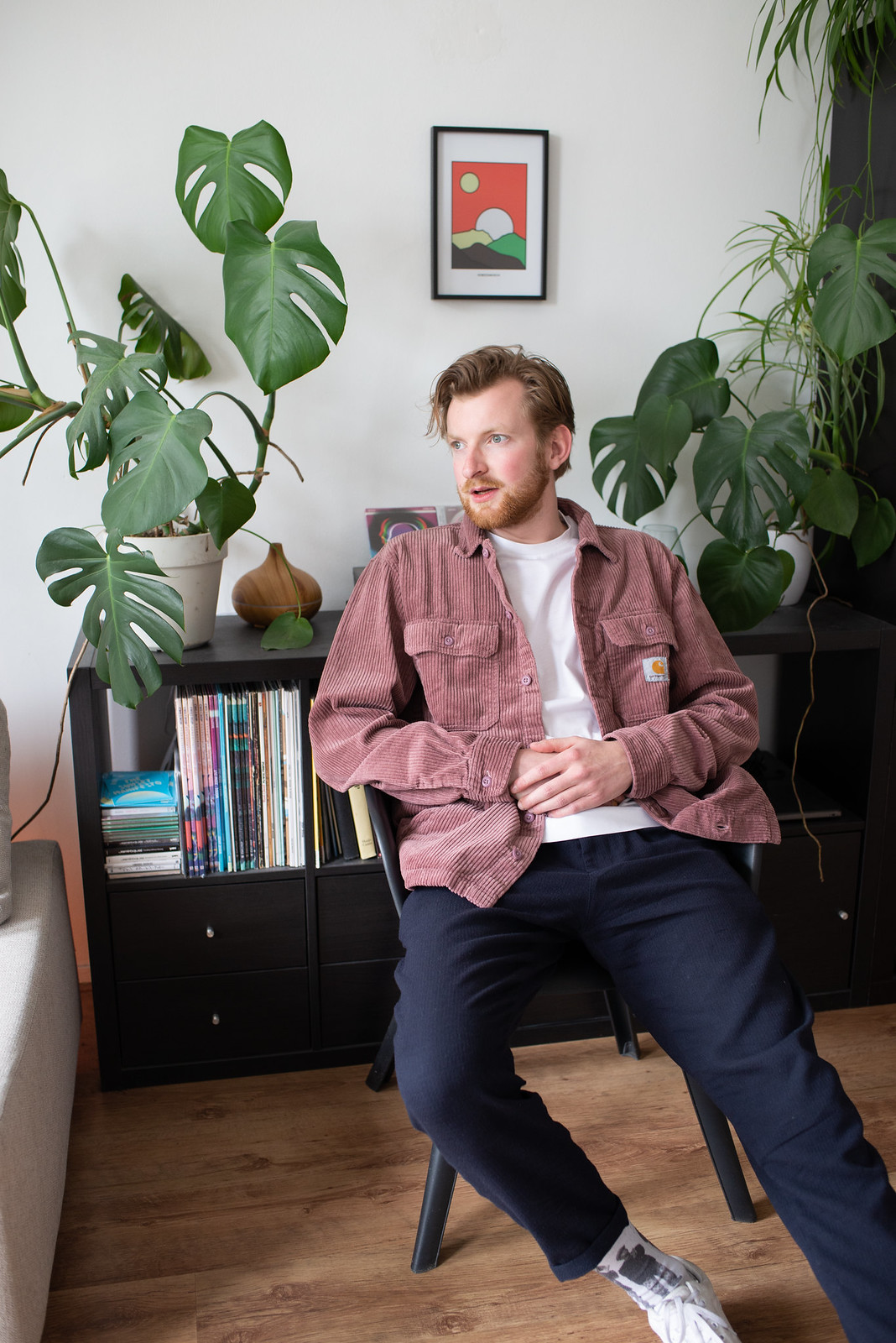 Can't get enough of WOEI FM? Check out WOEI FM #11 with Ruta Genyte!